The Dallas Cowboys started their training camp in California with a tribute to the officers killed in the downtown shooting. 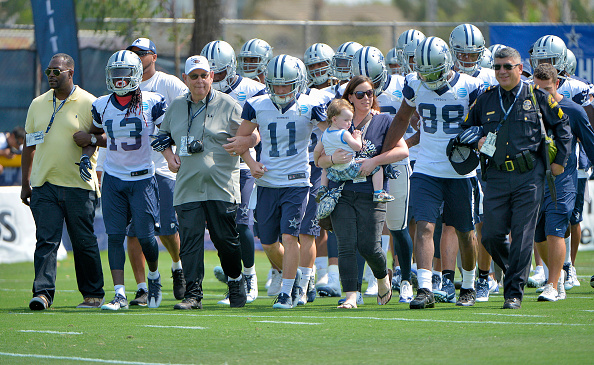 Players walked onto the field with four of the families of the slain officers, Mayor Mike Rawlings and Police Chief David Brown. The group formed a circle where Brown spoke and encouraged players to use their fame in a positive way to discuss race.

Some family members were in tears as they made their way onto the field. The mother of Patrick Zamarripa told the Dallas Morning News that this was an experience she would never forget.

Mayor Rawlings said in a news conference that, “I reminded the team today that they’ll always be the Cowboys, but this year, play for Dallas like they’ve never played before.”

Unity was the common theme of the day. Jason Witten, a Cowboys tight end, told the press that “It’s all about uniting together as a community.”

The team released a statement echoing those words: “As the entire team stood together in a circle on the field, it symbolized one of its 2016 themes, creating a united front that stems much further than the locker room of players, but to the community, especially back home in Dallas.” 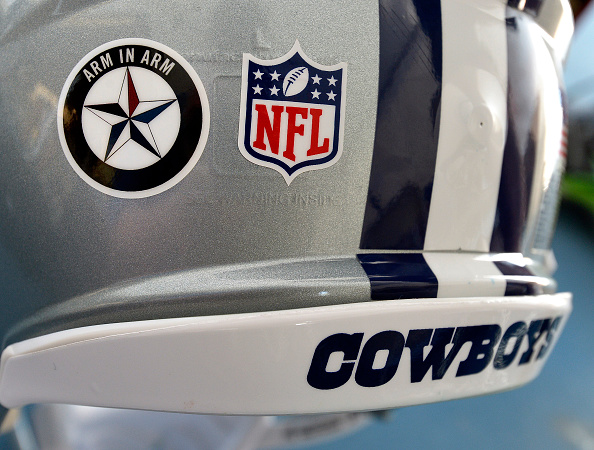 A sticker in support of the Dallas Police department on the Dallas Cowboys’ helmets during training camp in Oxnard, Calif., on Saturday, July 30, 2016. (Max Faulkner/Fort Worth Star-Telegram/TNS via Getty Images)

The Cowboys have also added special “Arm in Arm” decals to their helmets for the preseason to honor the lives lost.