“From the investigation which has been made, it is the opinion of the writer that this case is not suitable for prosecution,” the Florida assistant state attorney said, according to TMZ Sports. 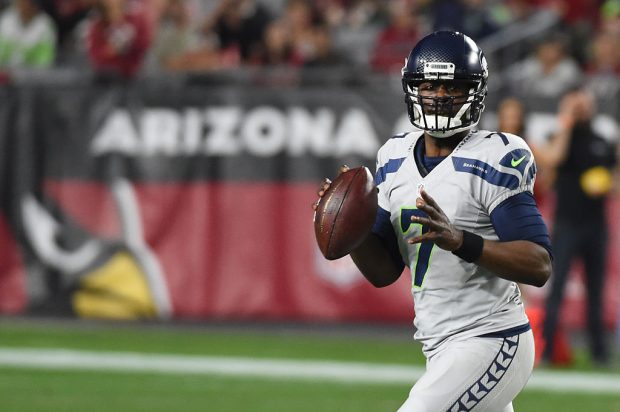 GLENDALE, AZ – JANUARY 03: Quarterback Tarvaris Jackson #7 of the Seattle Seahawks looks to make a pass against the Arizona Cardinals in the second half at University of Phoenix Stadium on January 3, 2016 in Glendale, Arizona. The Seahawks defeated the Cardinals 36-6. (Photo by Norm Hall/Getty Images)

The former Seahawks single-caller allegedly drew down on his wife with a loaded weapon during an argument, only to have his wife hit him with one of the harshest burns imaginable. (RELATED: NFL Quarterback Gets Hit With Brutal Insult After Pointing Gun At His Wife)

She allegedly taunted him by saying, “You better be accurate because you ain’t accurate on the field,” according to the police report.

Jackson last played in the NFL during the 2015 season.

1
Mass. AG: 'America Is Burning. But That's How Forests Grow'
Politics
2
Here's A List Of Media And Politicians Who Downplayed Violence And Looting
Politics
3
Obama Townhall Viewership Blows Trump Interview Out Of The Water
Politics
4
'This Is Not Genocide': Tucker Carlson Breaks Down Every Police Shooting Of Unarmed Black Suspects In 2019
Media
5
Two Officers Shot, Another Stabbed In Brooklyn
US