Zion Harvey threw out the first pitch at Tuesday’s Orioles-Rangers game at Camden Yards in Baltimore. 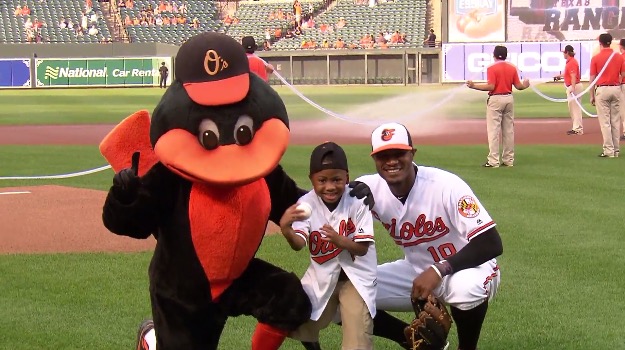 Last year, Harvey made history by becoming the first child in the world to receive a double hand transplant.

According to CBS, it took a team of 40 surgeons 10 hours to perform the operation.

Harvey had both his hands and feet amputated at the age of two after battling a severe infection.

After his procedure, he told CBS he’s “proud” of his new hands.

“It feels the same because I never left who I was. I’m the same person who I still used to be, but with some cool new hands,” he explained. “Never give up on your dreams.”

Baltimore would go on to beat Texas by a final score of 5-1.