Another day, another exclusive discount brought to our readers by the Daily Dealer.

Right now, you can a Quick Charge 2.0 fast wireless charger for 53 percent off. Normally $40, our readers can get this product for just $19 with the code FASTCHAR. 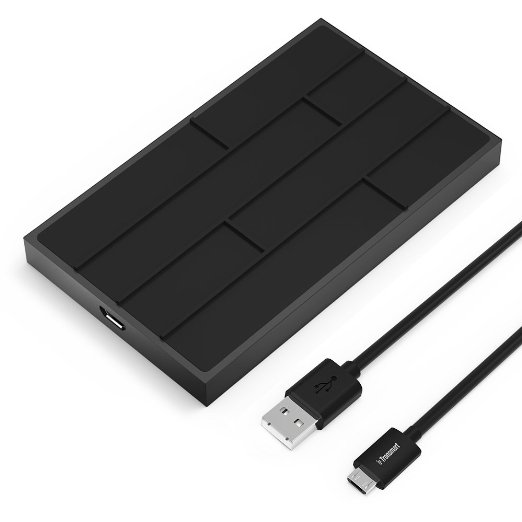 Every single reviewer gave this charger 5 stars (Photo via Amazon)

This is a great piece of technology. It can output maximum 10V/1.2A (10W) power, and works with all Quick Charge 2.0/3.0 adapters. Perhaps most impressively, it has the elusive 5-star average rating by customers.

Check out some of the reviews:

As you can see, I’ve already got the Samsung stand wireless charger which I use daily, but I wanted to try out something else for desk usage as well.

This charger works as it says, and it definitely works with fast charging. However, only thing to note here is that the charger itself only comes with a USB cable; you must provide the charging block yourself…and because of this, you have to use a Quickcharger in order to get the fast wireless charging out of it. No big deal, just plug it into your charging block that came with your S7 and you’re fine.

In terms of temperature, the Samsung stand charger has a little fan built in to help dissipate heat. When I used the Samsung charger, I’ve heard it kick on before (it’s very low) and the charger itself never really got hot or anything.

As you can imagine with how compact the Tronsmart charger is, there’s no fan inside. At first this worried me a bit, but after using it with quick charging, I noticed it doesn’t seem to get warm or have any issues with it. I’ve been testing it with my S7, but I will continue to do further testing with a Note 5 as well.

In terms of style, it’s not bad to look at. It’s a nice flat thin little piece, and the top has some rubber on it to help secure the phone in place. This is nice compared to my old Nokia one which was just hard plastic and the phone would slide all over.

It has green/blue LED in it, but this is where I’m not too crazy. The blue LED is always on to show it has power going to it. No other wireless charger I’ve used has an LED to indicate power, and I don’t like it because if I’m sleeping at night and not using wireless charging, that blue light (no matter how faint) annoys me; i’m just one of those people that need to sleep in the dark!

All in all though, this is a nice charger for half the price of the Samsung charger. I hope in the future they make a stand charger though, as it’s much easier to see/use at night when I want to simply turn it on real quick to check the time. For that reason, the Samsung charger will remain as my standard daily, but the Tronsmart charger will remain on my desk next to my PC for day time charging.

The number one reason to buy this product is the look, it just looks much more stylish than most of what is available on the market. Having a place to put your phone that looks like a chocolate bar is something people are going to notice and ask you about. This charger is ideal for someone that has a partner they do not want to disturb when getting in the middle of the night. It’s just cool to be able to drop your phone on this unit and hop into bed without fumbling for wires. I have no complaints with the speed that it offers and have used this product with a Galaxy S7. Showing people that you can charge your phone without having to worry about the power brick is something that never gets old. Wireless charging is not something you need, but it is nice to have on a flagship device that you spent so much money on. Get your wires out of the way and start charging by just dropping your phone on this charger and leaving it.

Pros:
+ It’s a fast wireless charger that can wirelessly charge at speeds up to 1.67A.
+ It is small, lightweight, and easily portable.
+ It comes with an included 3 ft. micro usb cord, but it doesn’t come with a charging block. (Note: In order to get fast wireless charging you need to use a charger that is a “fast charger.” You also shouldn’t use a charging block that is less that a 2A output).
+ It sort of looks like a chocolate bar, so that’s kind of cool.
+ I was able to charge my phone in pretty much any direction as long as the coil was lined up properly with my battery.
+ I had no issue charging my S7 Edge with this case through a Poetic Quarterback case, which is a relatively thick case.

Cons:
– Nothing to complain about yet, but if anything changes over the course of using this charger I will update this review.

Conclusion: Looks like a chocolate bar (sort of), but wirelessly charges your phone like butter. A solid fast wireless charging offering.

There’s no other way to put it – these reviews are GLOWING. This chocolate bar-shaped charger is certainly worth $40, and its $19 discounted price makes this deal an absolute steal.