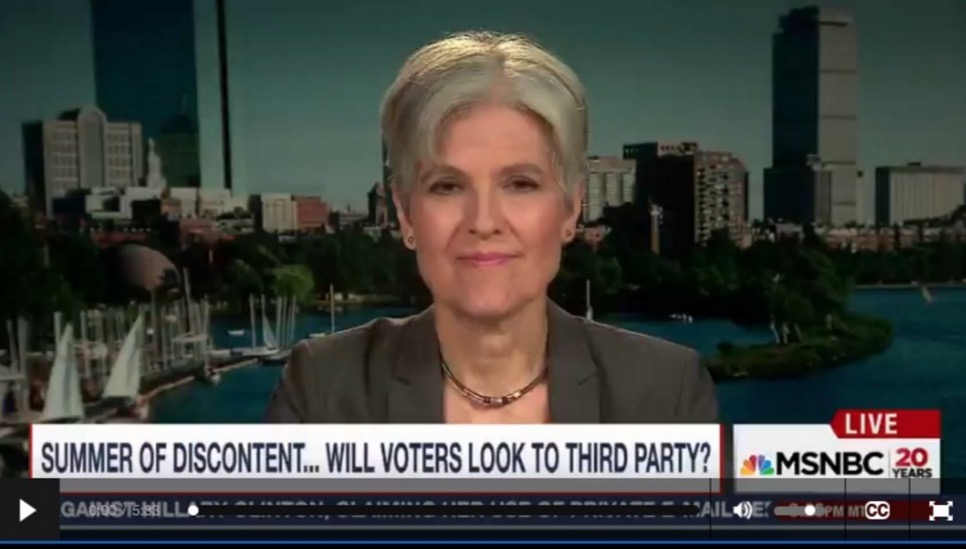 Stein told Chuck Todd Tuesday that American voters are “clamoring” for another candidate to vote for over Clinton or Trump. 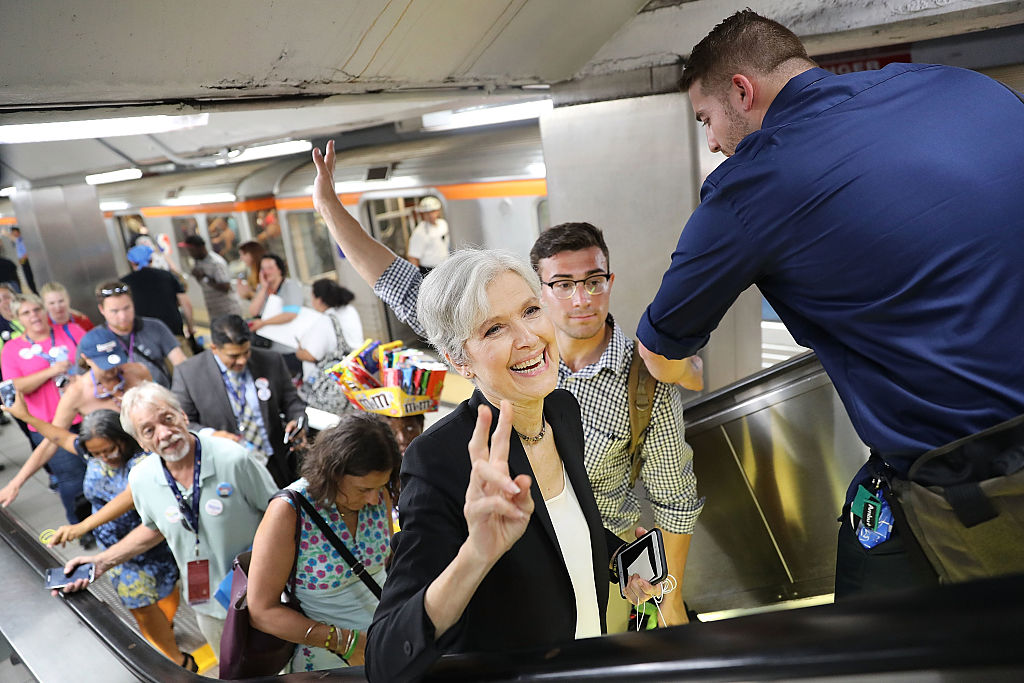 [dcquiz] “I think Donald Trump has said despicable things, but Hillary Clinton, on the other hand, has a really terrible track record.”

“So, you view this as equally bad?” posed host Chuck Todd. “You don’t believe one is worse than the other?”

Stein responded that she doesn’t “think what Donald Trump says is worse than actually what Hillary Clinton in fact has done.”