Clinton’s campaign manager John Podesta joined his lobbyist brother Tony for a visit to China in June in which John met with Zhang Gaoli, the first vice premier of China. 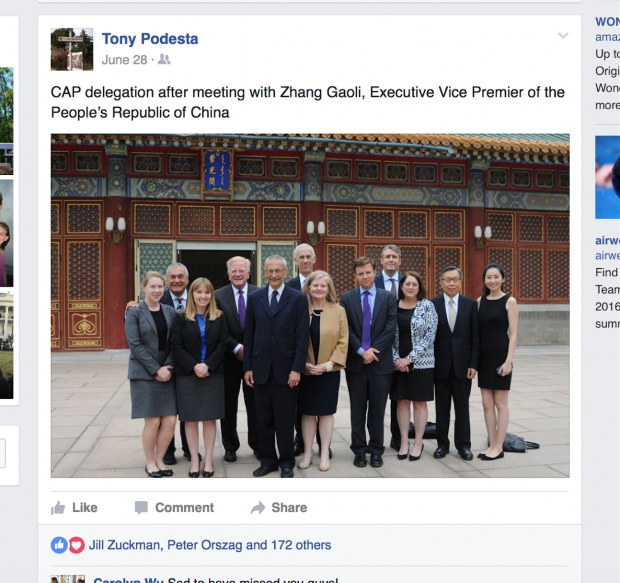 Tony Podesta heads a lobbying group called the Podesta Group, which receives thousands in fees from foreign companies. In the past four years, the Podesta Group has received $2.25 million from Chinese corporations since 2012. Gaoli, the first vice premier of China, is a member of the Politburo Standing Committee of the Chinese Communist Party, the seven members of the committee are the country’s top political leaders.

A senior Washington lobbyist, speaking on the condition of anonymity, told The Daily Caller, “Tony gets every foreign government he wants based on John and the link to Hillary.”

“It is stunning, not only with the Podesta non-compliance issues, but how the brothers link arms to funnel business to The Podesta Group,” the lobbyist added.