The Green Party nominee talked about how she “will have trouble sleeping” if either Donald Trump or Hillary Clinton wins the election.

She also proved that, at 66 years young, she can definitely still get it. 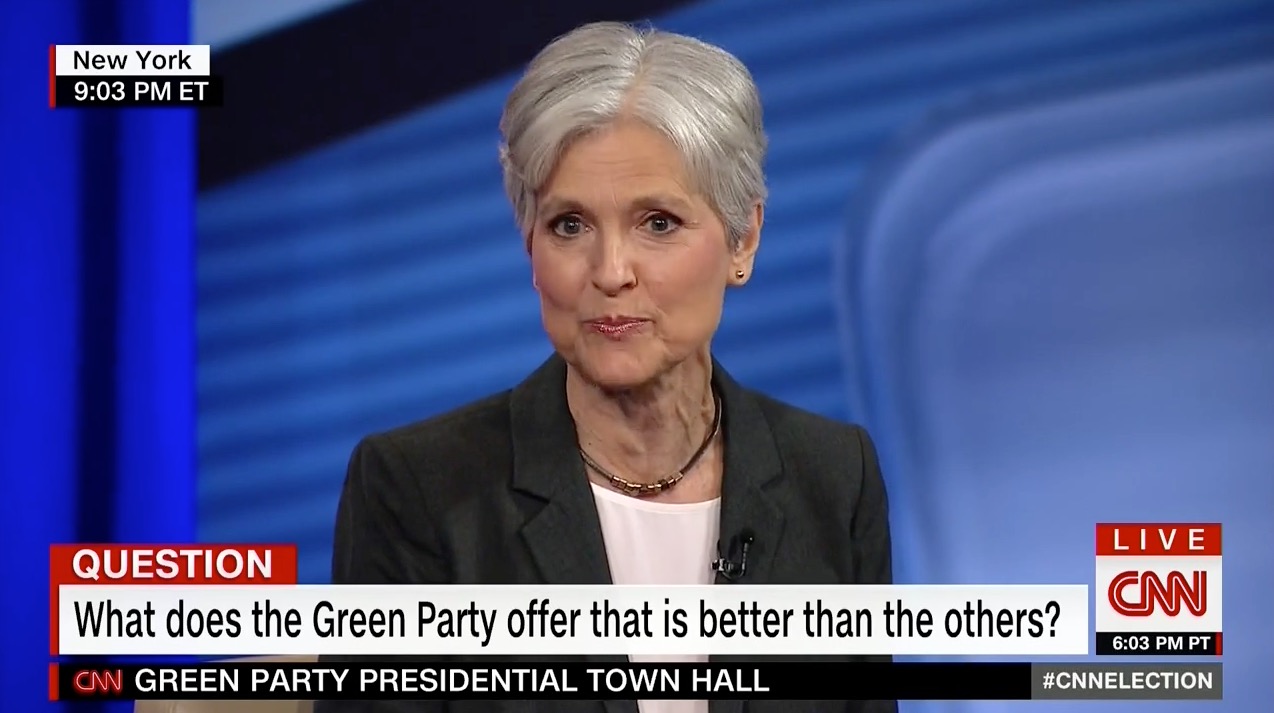 Jill Stein is a babe (CNN)

Stein noted that, unlike Trump or Clinton, she has “the unique ability to actually stand up for what it is that the American people want, what everyday people want.”

She also raised some major doubts about Clinton in particular. 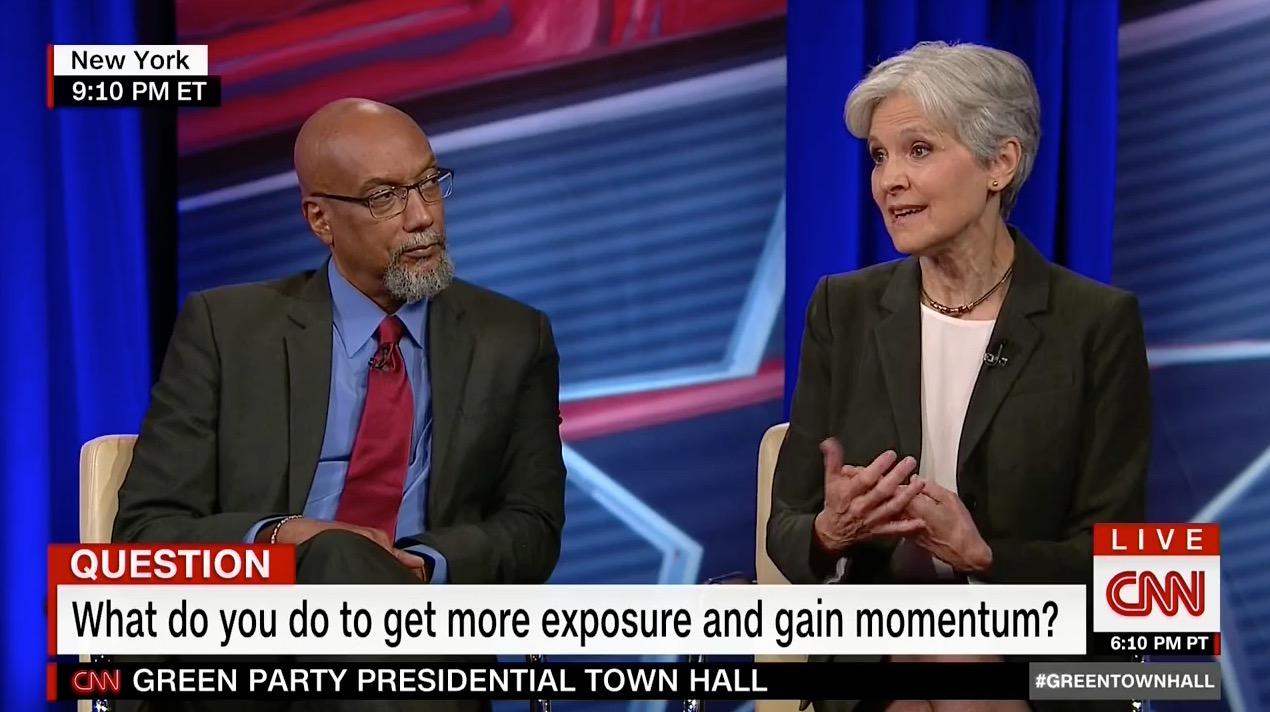 “I do have serious questions about Hillary’s judgment, her safeguarding of national security information and above all, her trustworthiness in the job where she will have her finger on the button,” Stein continued. “Hillary has especially been the engine behind” the war effort.

“To my mind, that’s just not compatible with what my view of feminism is, that has a responsibility, not just to your own family, but to all families and to the human family.” 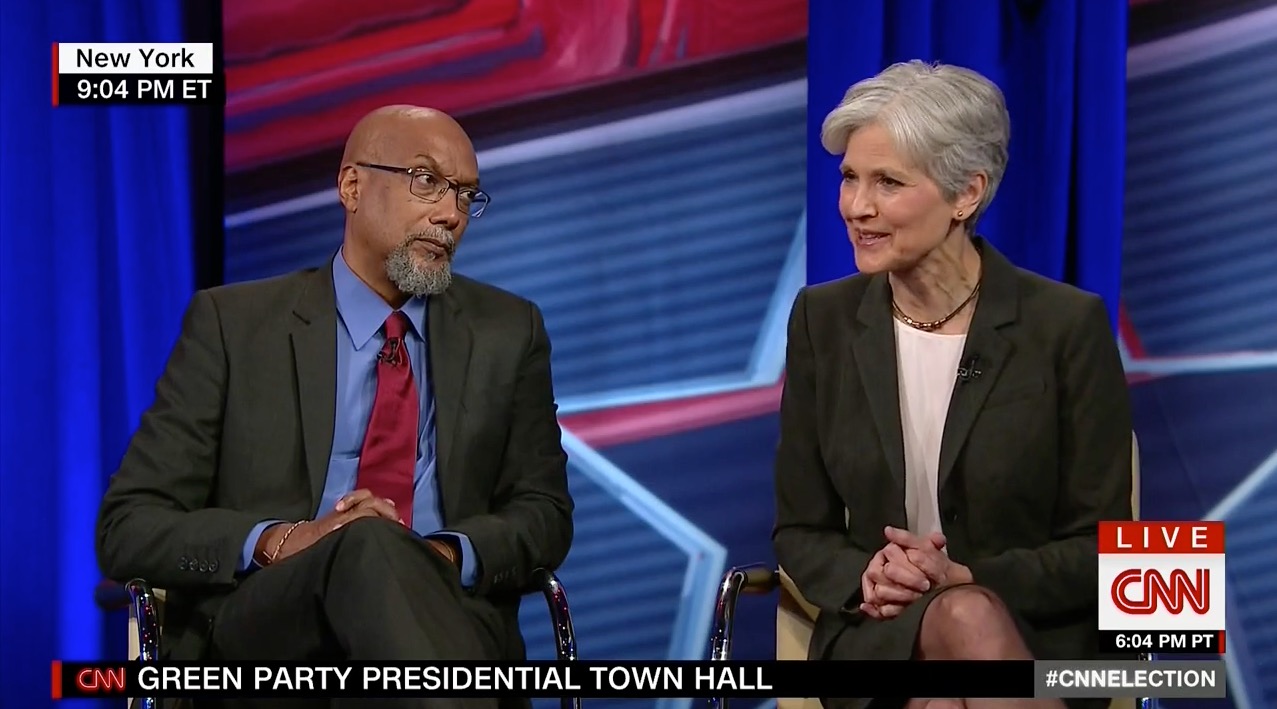 The Harvard graduate also took a shot at the 15-year “War on Terror.”

“We have a track record now of fighting terrorism,” she explained. “This track record is not looking so good. We have killed a million people in Iraq alone.”

Stein also defended herself from allegations that she opposes vaccines. 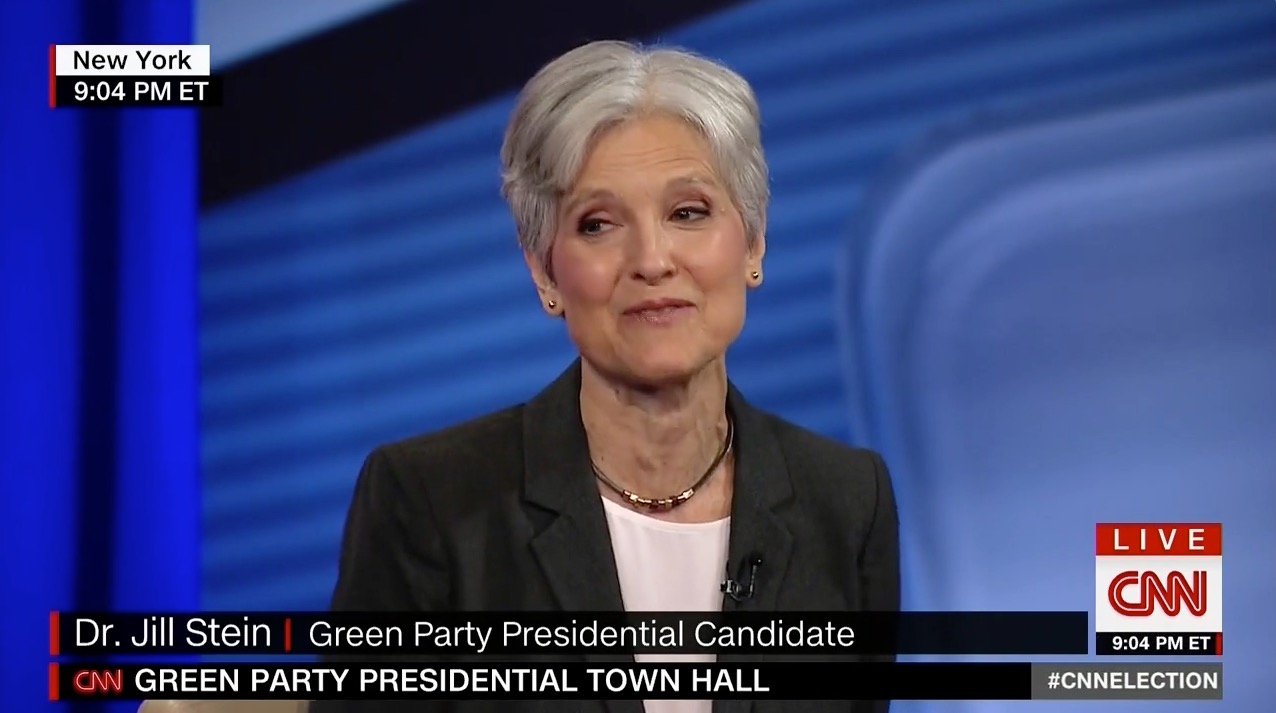 “I think there’s kind of an effort to divert the conversation from our actual agenda… For science geeks, you can show yourself if you have any doubt that I too am a science geek.”

This guy knows that Jill Stein is a babe (CNN)