CNN “Reliable Sources” host Brian Stelter makes no secret about the fact that he was once fat.

You know, before his TV career took off and he started sucking up to Jeff Zucker and declaring himself a leader in responsible news reporting. He grows especially insufferable when GOP presidential contender Donald Trump claims that if he loses, the presidential election will be rigged. Stelter personally can’t have that.

But he also can’t help but frame things in the context of food.

“If politics is a chocolate chip cookie and media is a brownie, this is really a blondie,” Stelter said on Brooke Baldwin‘s program Monday afternoon, explaining Fox News’ Sean Hannity advising Trump. “…I’ve been thinking about this. …I haven’t had lunch yet, that’s what that’s about.” 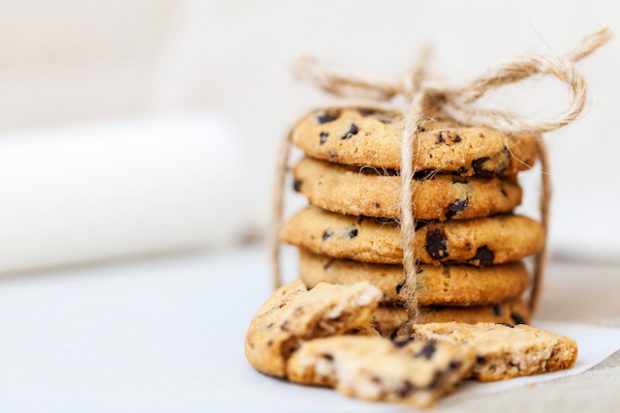 The backstory: Before Stelter turned 25, he went on a big public diet in which he announced that he intended to lose 25 pounds in 25 weeks. He used Twitter to keep a running daily diary of his diet.

But at times he lied, leaving things out — like that random late-night pizza slice, he explained in a 2010 essay.

He started the feed at 270 pounds.

But he can’t seem to get his old self off his mind.

Hunger helped me come up with this metaphor for @BrookeBCNN‘s show https://t.co/SvSNMSqZsa