The White House announced Monday that the 10,000th Syrian refugee will arrive in the United States Monday afternoon, a month ahead of schedule.

The Obama administration announced in November 2015 that it planned to accept 10,000 refugees from Syria before Oct. 1, 2016.

“Today, I am pleased to announce that we will meet this goal more than a month ahead of schedule. Our 10,000th Syrian refugee will arrive this afternoon,” National Security Adviser Susan Rice said in a statement. “On behalf of the President and his Administration, I extend the warmest of welcomes to each and every one of our Syrian arrivals, as well as the many other refugees resettled this year from all over the world.”

The United States will admit at least a total of 85,000 refugees in 2016. The White House statement listed El Salvador, Iraq, and Somalia as some of the countries of origins for these refugees. 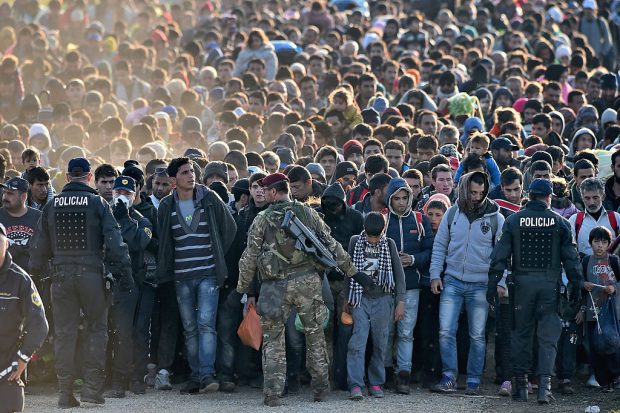 “This achievement is a testament to the hard work and dedication of employees across the federal government,” Rice said in the statement. Their commitment to meeting the President’s expectation that we both increase our refugee admissions and strengthen the integrity of the refugee program, including its stringent security screening protocols, has been essential to this effort.”

Obama will convene a summit on refugees at the UN in late September where he plans to ask countries to “admit more refugees through resettlement or other legal pathways.”

In her statement, Rice said the United States has committed to “double the global number of refugees afforded opportunities for resettlement.”