“Look, again, Donald Trump is caught in this very strange spot,” Wilson explained. “He’s got Kellyanne Conway on the one hand telling him you need to soften, you need to moderate your tone, you need to be able to appeal to not just Hispanic voters but to the giant mass of white suburban professionals and college-educated voters and women that hate him.” 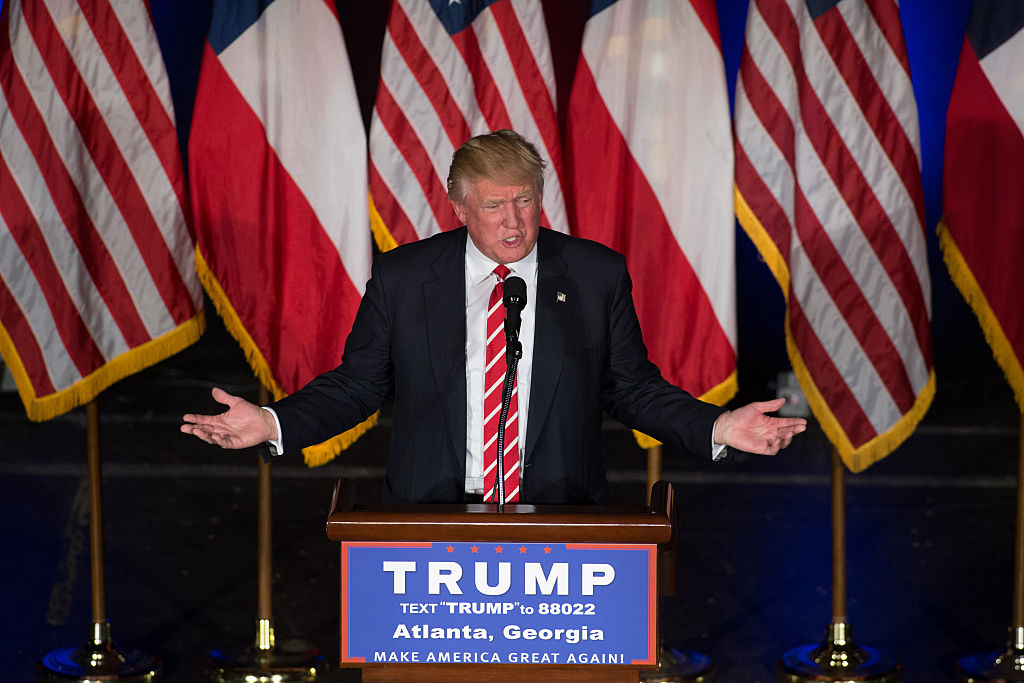 ATLANTA, GA – JUNE 15: Republican presidential candidate Donald Trump speaks during a campaign rally at The Fox Theatre on June 15, 2016 in Atlanta, Georgia. Trump and Democratic presidential candidate Hillary Clinton continue to speak out on national security and immigration issues in the wake of the mass shooting in Orlando, Florida. (Photo by Branden Camp/Getty Images)

“On the other hand, he’s got Steve Bannon,” he continued. “a guy who would declare war on Mexico tomorrow and have tanks pushing toward Mexico City if he had an option for it.”

“These are people pulling Trump in two separate directions, and I think what you’re going to see is Trump will get in the moment with his crowd — as he always does — and he will feed the monster. He will go to his ugliest most divisive rhetoric again,” Wilson predicted.

“He’ll get back in that position where he’s talking about the wall being 10 feet higher and shipping them all home, and they all have to go back. It’s really contradictory.”