Though Hillary Clinton has seen her lead over Donald Trump shrink over the past week, she is making gains in one key area: unpopularity.

The latest data from ABC and the Washington Post show that 56 percent of surveyed adults viewed the former secretary of state unfavorably, her high-mark for the 2016 election cycle. 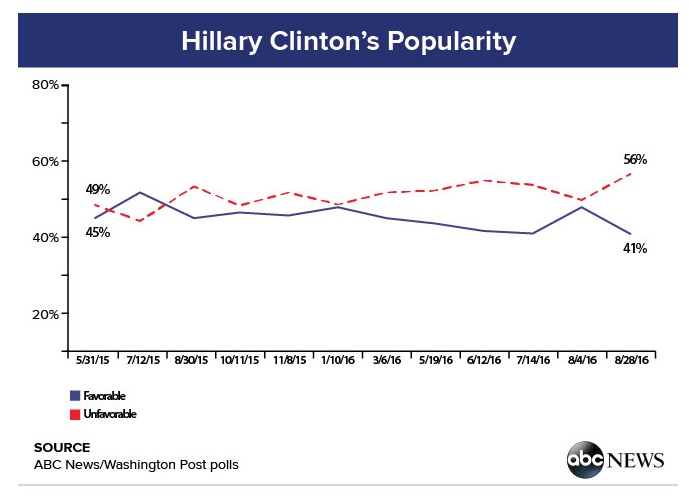 On the other side of the aisle, Donald Trump was viewed unfavorably by 63 percent of all surveyed adults. 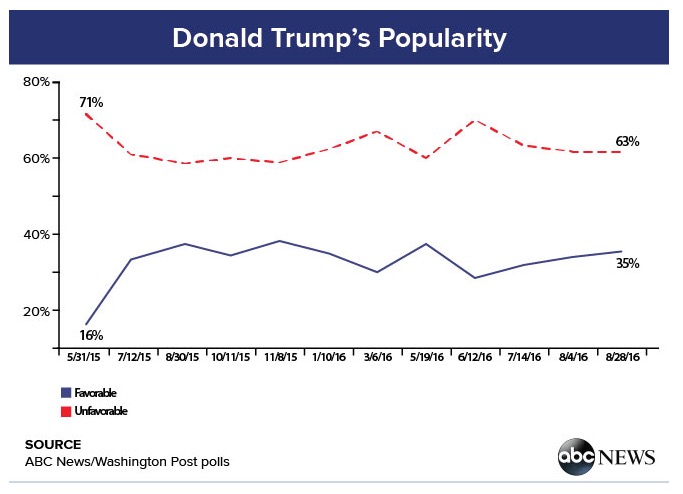 The candidates poll even closer when surveying registered voters.

Additionally, the poll found that for the first time this election, more than half of women (52 percent) now view Clinton unfavorably.

The poll was conducted nationally from August 24-28 and had a sample size of 1,020 potential voters.