“Hillary Clinton has said she can’t remember what a ‘c’ in brackets stands for,” he explained to Hannity. “Everyone in positions of government and in WikiLeaks knows it stands for classified, confidential.” (RELATED: FBI — Hillary Didn’t Know Giant Letter ‘C’ Stood For Confidential) 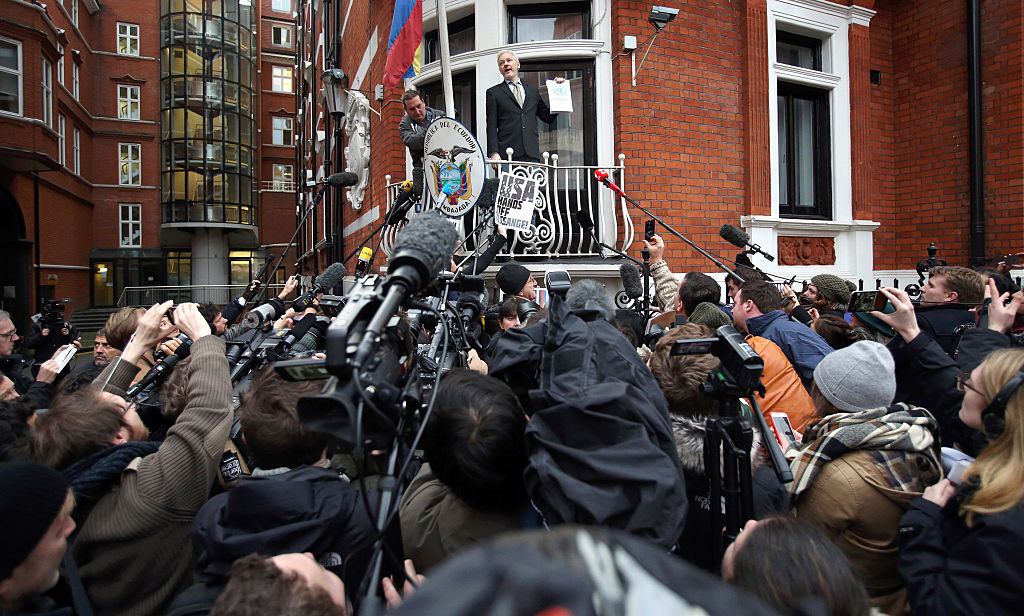 The WikiLeaks founder claimed to “have already released thousands of cables,” that would argue the opposite.

Assange then held up an email bearing “her signature, ‘Clinton’ with a ‘c’ in bracket right there.”

“It’s absolutely incredible for Clinton to lie, she is lying, about not knowing what that is, but it’s disturbing that James Comey goes along with that game.”