Here’s A List Of Some Of The Most Unusual Animals, Reptiles Available At A Typical Wuhan Wet Market
Christian Datoc Senior White House Correspondent
September 07, 2016 9:43 AM ET
Font Size:

During a Wednesday interview on Morning Joe, Sen. Bob Corker turned a conversation about the deteriorating situation in Syria into talks of John Kerry’s man parts.

“It concerns me that we’ve got another four or five months under an existing president that does have the input of lots of people and has had for seven and a half years and that we’ve allowed Syria to devolve into the greatest crisis of modern times,” Corker told the MSNBC panel. “We still have no plan. John Kerry lays prostate really, prostrate, in front of [Russian Foreign Minister] Lavrov.” 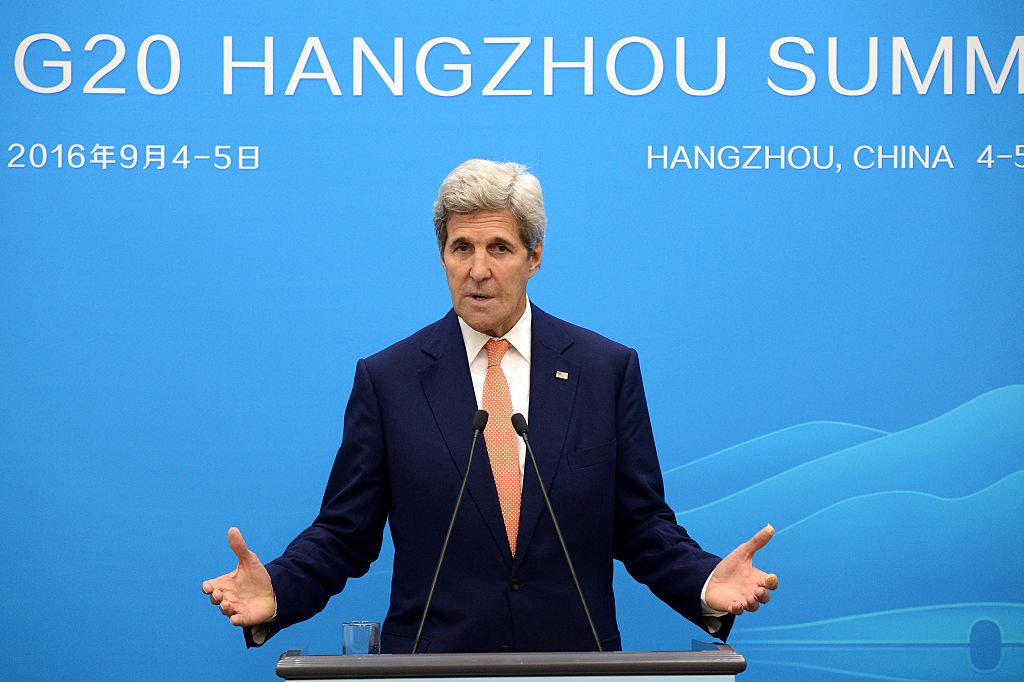 John Kerry speaks at a press conference during the 11th G20 Leaders Summit on September 4, 2016 in Hangzhou, China. World leaders are gathering for the 11th G20 Summit from September 4-5. (Getty Images)

“I’d love to hear the tapes of their conversations after he leaves when he talks about Plan B, when all of us know there is no Plan B,” he continued. “Russia knows there is no Plan B, so what’s in front of me right now is this humanitarian crisis.”

Guest host Mike Barnicle made the same mistake as Corker.

Later in the interview, Barnicle asked the Tennessee Republican to “explain what judgement [he] meant when [he] said Secretary Kerry is lying prostate, prostrate, prostrate?”

1
Here's How This Pro-Beijing Outlet Made It Into The White House Coronavirus Press Briefing
US
2
'Give Me The Price': Trump Ignores Journalist For Not Knowing Oil Costs
US
3
'That Is A Lie!' Joe Scarborough Goes On Screaming Rant At Networks – Including His Own – For Not Fact-Checking Trump During Live Press Briefings
Media
4
Bernie Sanders Drops Out Of Democratic Presidential Race
Politics
5
Fox News' Ellison Barber Makes The Move To NBC News
Media