Donald Trump is right. The system is rigged. Rigged against Americans at the lowest end of the economic scale. In short, individuals on various subsidies find themselves trapped in government dependence—with little hope of escape. Never before had I seen such a clear explanation of why our social welfare system ensnares—rather than protects—those on its rolls.

When researching Medicaid reform I ran across a stunning chart released by the Pennsylvania Department of Public Welfare. It compared earned income plus benefits vs earned income. Note the two steep “welfare cliffs” at $29,000 and $43,000. Earn a penny more, and thousands of welfare benefit dollars suddenly disappear: 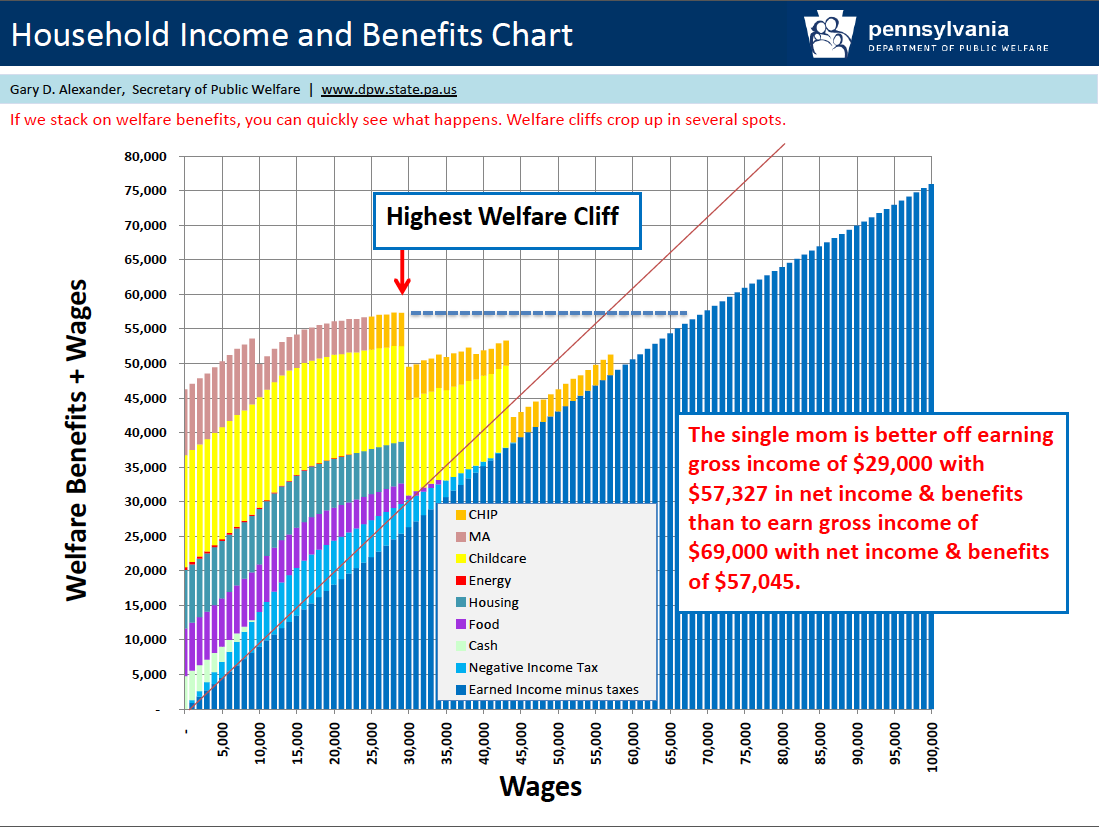 Lower income Americans instinctively know this to be true. Why would a single mom, working part time as a waitress earning $29,000 ever consider pulling extra shifts, getting a second job, or furthering her education to advance her salary? She knows the moment she secures a raise her effort will cost her thousands of dollars.

No, driven by pure self-preservation (something common to us all), too often she will content herself to a lifetime without advancement, a lifetime without dreams, and a lifetime of government dependence. She is trapped in world without hope. As Mr. Trump so aptly says, the system is rigged.

Perhaps the most tragic part of this story is that it doesn’t have to be this way. Our public welfare system can be reformed to empower lower income individuals and free them to pursue their dreams of independence and self-determination. Rather than a system designed to punish those who seek to advance, we can reform the system to encourage individuals to seek an education, advance their skill set, work harder, and earn more money. 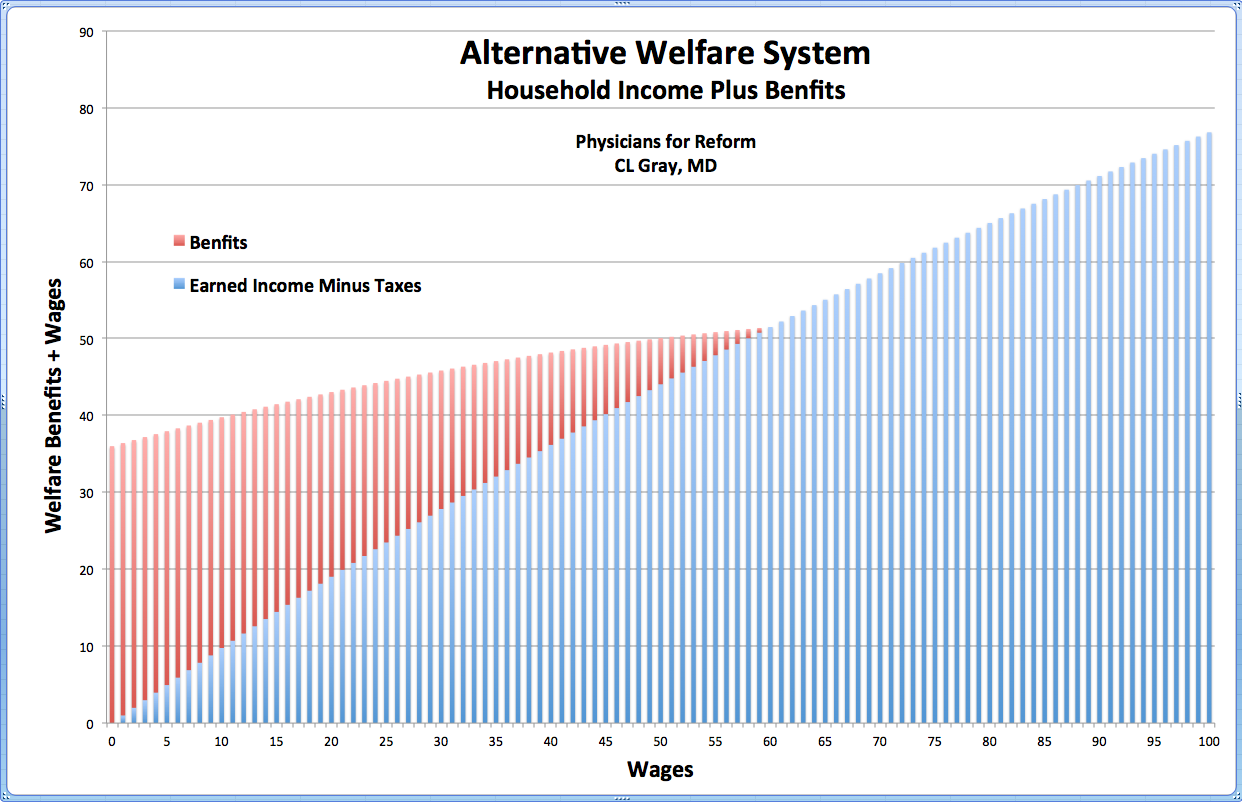 This approach continues to help those in need, but provides an “elevator effect” to lift our fellow Americans out of poverty. America is the most compassionate nation on earth. The vast majority of our citizens sincerely desire to help those in need. However, true compassion means we no longer trap our poor in poverty.

Every Governor should publish a chart depicting their own state’s welfare system. However, I fear each new graph will reinforce the same old message—a message of why our poor remain trapped in poverty. However, there is hope, but only if the American people understand the problem and move to change the status quo.

Trump is right. The system is rigged. We need someone willing to overhaul it top to bottom. And few will benefit more than the minority communities Trump now seeks to engage.

For a more information, visit www.PhysiciansForReform.org.