Powell had just answered a question about returning to America after the Vietnam War, when the episode took place. 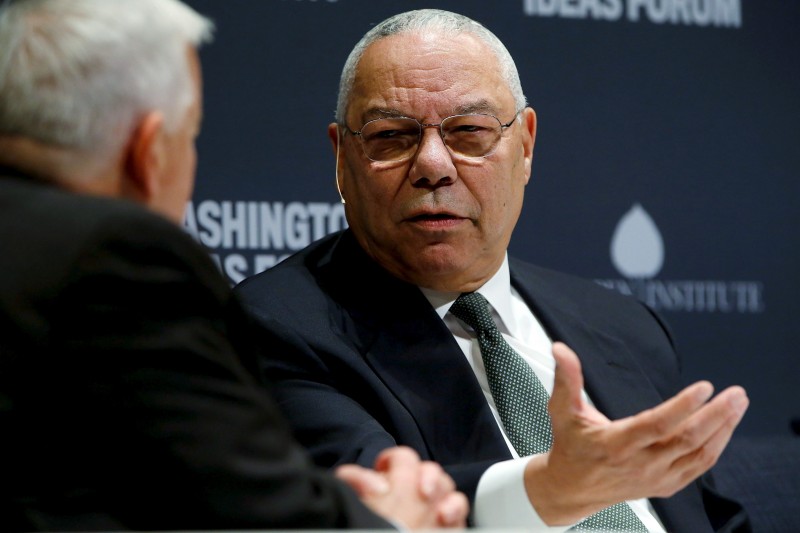 An off-screen producer can be heard shouting, “No! Get back here!” before the set-crasher explodes on the former secretary of state.

“Alright, Colin Powell! You know better,” he inaudibly screamed. “As a black man in America, you dropped bombs on Iraq. That’s fucked up!”

Powell took the outburst in stride.

He turned to the CBS team and asked, “is he one of yours?” eliciting laughs from all parties.