Ahmed Mohamed, the Texas teen who became famous after being placed in handcuffs over concerns that a reformatted “clock” he brought to school resembled a hoax bomb, went on Twitter on the 15th anniversary of 9/11 to cast himself as the real victim of the terror attacks, which he blamed for last year’s clock incident.

After September 11, Ahmed said, “I got falsely accused, humiliated, and fingerprinted at age of 14.”

#afterseptember11 I got falsely accused, humilated, and fingerprinted at age of 14. pic.twitter.com/PHqF8fBgPW

Included in the tweet were several screenshots of things other people had tweeted using the #afterseptember11 hashtag. (RELATED: Clock Boy Is Back, And His Lawyers Want $15 Million From The Gov’t)

On Monday, Ahmed tweeted a picture of himself alongside a Middle Eastern man. The man’s name is named Nawaf Al Maghames, according to the Snapchat caption. Maghames’s Twitter feed reveals him to be an admirer of Saddam Hussein. 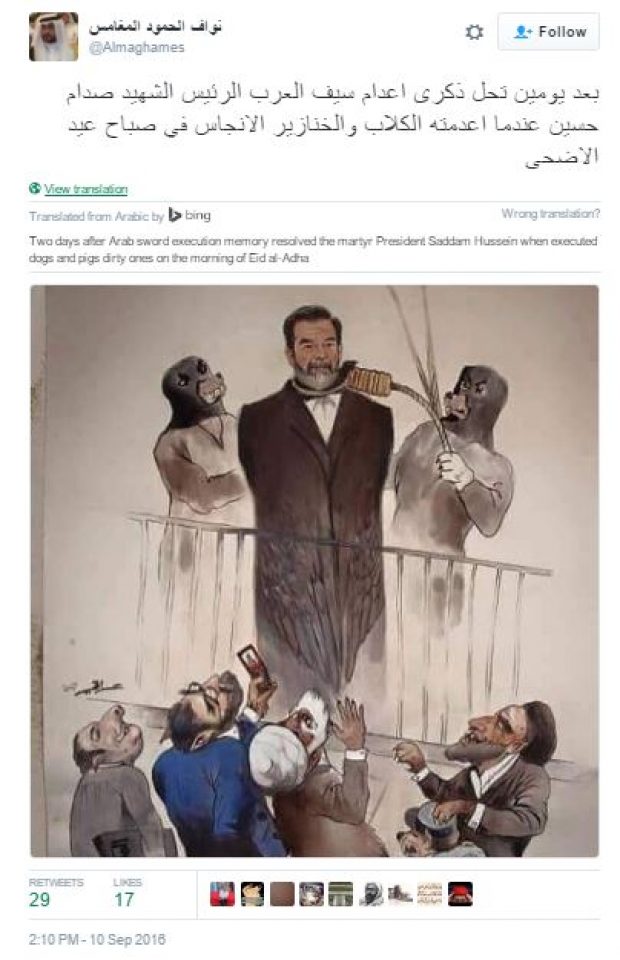 The picture depicts Hussein in a hangman’s noose, standing in front of a crowd of cheering, pig-faced men. In the picture, Hussein is surrounded by dogs wearing hangmen’s clothes.

Another pictured tweeted the same day by the man shows Hussein in handcuffs with guards on either side. A translation of the caption reads, “One moment. Changed the face of the Arab and Muslim world!” 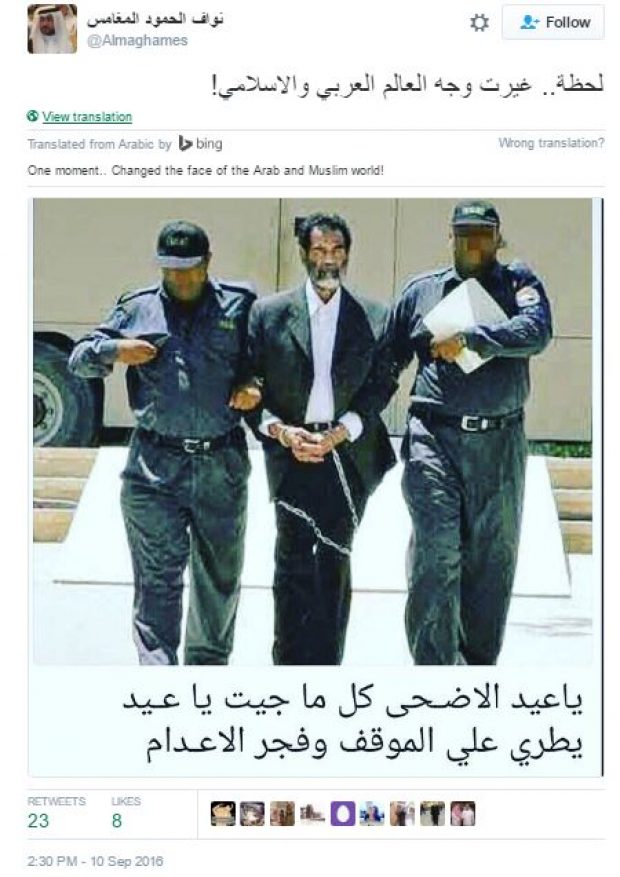 It’s unclear how Maghames and Ahmed know each other.

After the clock incident (and his subsequent rise to fame), Ahmed and his family spent a year living in Qatar while he studied on a scholarship provided by the Qatari royal family. (RELATED: Ahmed The Clock Boy Is Back, And He’s Suing His School)