An anonymous and now deleted Tumblr account claimed responsibility for the bombing in the Chelsea section of New York City Saturday. Police are investigating the account.

The account entitled “I am the NY Bomber” with the subheading “This will be my manifesto,” started, “I don’t know exactly how I feel about taking human lives.”

It continues, “However, what I do know is that if I don’t do what needs to be done nobody will pay attention.”

Citing the suicide rate among LGBTQ Americans, the blog said “It seems nobody cares.”

It then continues, “what if people from the LGBTQ+ community started lashing out in response to the violence and oppression we face with violence and possibly oppression? I’m sure that would give people a reason to not stand by while so many people are being oppressed.”

“I suppose I’m just going to have to move forward knowing that what I am doing had a purpose and will in fact make a difference.  I’ll keep you posted,” the post concludes.

The blog has been deleted, but was screen captured by the Daily Mail. 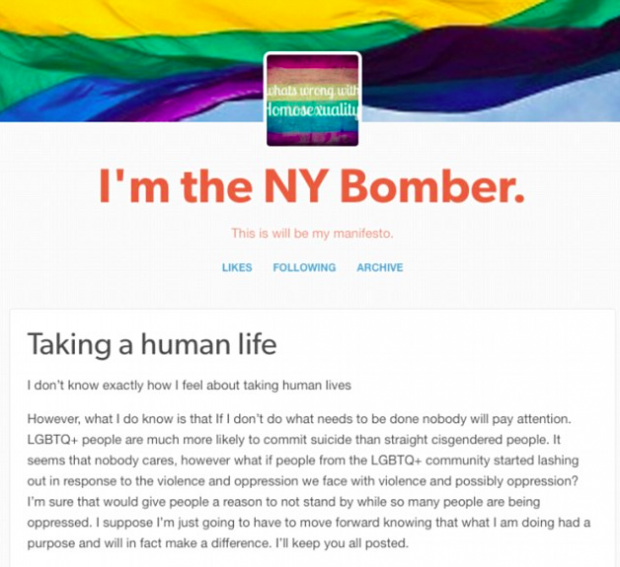