Florida Gators quarterback Austin Abbleby seems pretty amused by the fact some Tennessee fans are raising money for his funeral.

“They’re having a little bit of fun. I’d love to get my hands on the GoFundMe if it’s NCAA approved. If they can get me some cash, that’d be awesome. I can use it. I’m getting hungry, plus I can pay for freaking gas for my scooter. But no, it’s fun. It’s all good,” the Purdue transfer told SEC Country. 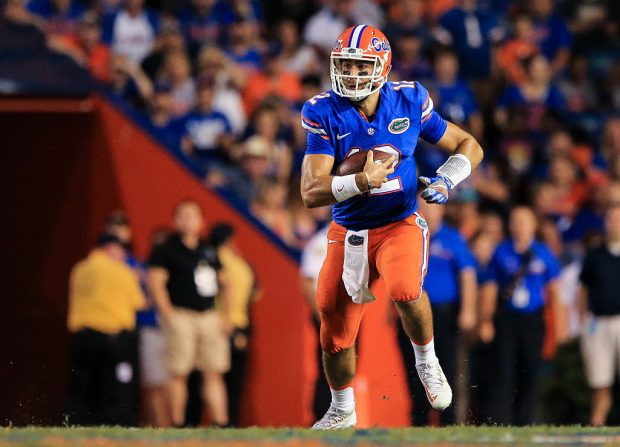 GAINESVILLE, FL – SEPTEMBER 17: Austin Appleby #12 of the Florida Gators in action during the second half of the game against the North Texas Mean Green at Ben Hill Griffin Stadium on September 17, 2016 in Gainesville, Florida. (Photo by Rob Foldy/Getty Images)

The GoFundMe page has since been removed, most likely because raising money for the death of a person still alive probably violates some rules. It had around $3,000 at the time it was deleted. (SLIDESHOW: Get College Football Started Right With These Top 25 Ranked Cheerleaders)

It’s crazy how bad the quarterback situation is in the SEC. Two players not good enough to play at lowly Purdue are now starting in the SEC with Appleby at Florida and Danny Etling at LSU. It’s wild times we’re living in.