Trump is a towering 6’2″ and Clinton is only 5’4″. To even the height field, Clinton’s podium now has plywood placed in the middle, according to WABC Radio Host Rita Cosby. The WABC journalist gained exclusive access to the podiums, which not only show Clinton’s is now a bit larger than Trump’s, but that there is also a small box Clinton might stand on. 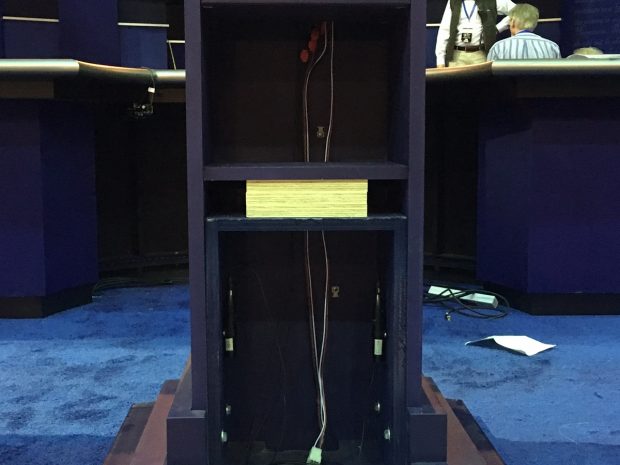 Presidential debate podium with plywood in it to heighten it, likely for Secretary Hillary Clinton at Hofstra University in Hempstead, NY. Photo: Rita Cosby/WABC Radio

Monday evening’s debate is being hosted by Hofstra University in Hempstead, N.Y. The debate will air at 9 p.m. EST in the New York college campus. It has hosted 2008 and 2012 presidential debates. 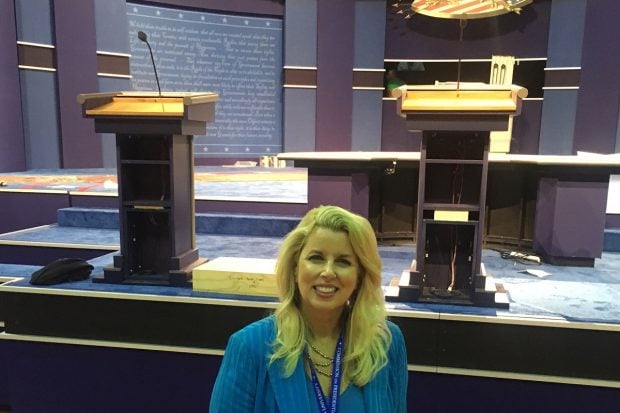 Rita Cosby pictured with two presidential debate podiums at Hofstra University in Hempstead, NY. Podium on the right has plywood in it to heighten it, likely for Secretary Clinton. Photo: Rita Cosby/WABC Radio

Hofstra can claim it is the only university to have ever hosted three presidential debates in a row.