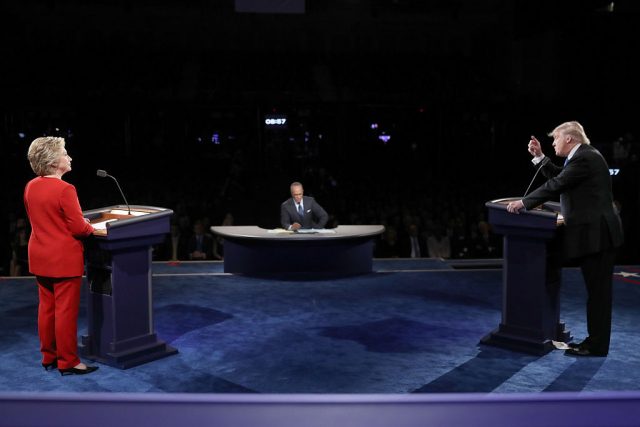 As the two candidates went head to head for 90 minutes during the first presidential debate at Hofstra University in New York Monday night, Trump criticized Clinton for publishing her strategy to defeat ISIS on her website.

“Just go to her website, she tells you how to fight ISIS on her website,” Trump said. “I don’t think Gen. Douglas MacArthur would like that.”

Clinton responded by saying “at least I have a plan to fight ISIS.”

“No, no,” Trump said.”You’re telling the enemy everything we want to do. No wonder you’ve been fighting ISIS your entire adult life.”

Though it can be argued that ISIS was created in the 1990s due to multiple factors, it was not officially called that until Abu Bakr al-Baghdadi did so in 2013.