Johnson, ironically, made her remarks while wearing a campaign pin for Democratic presidential nominee Hillary Clinton, which likely violates House rules against electioneering. 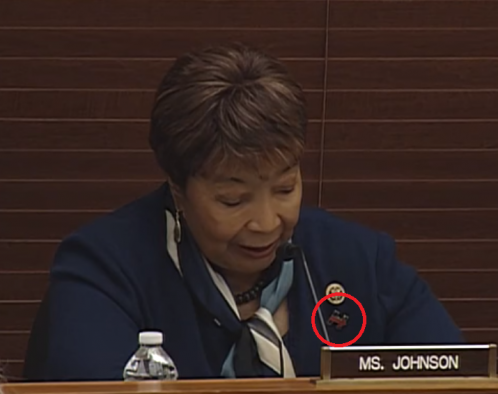 “What is the science committee going to uncover that all of these other investigations have not?” said Johnson, the ranking Democrat on the committee, at a Sept. 21st markup hearing.

“I think it needs to be said that the majority’s investigation of Secretary Clinton’s email arrangement is an embarrassment and a stain on this committee,” Johnson said.

Johnson is referring to Republican committee members subpoenaing the Federal Bureau of Investigation (FBI) for records related to the investigation of Clinton’s private email server. Republicans are also demanding an interview with the IT workers who managed the server.

“I look forward to when the day the science committee gets back to the subject of science and stops acting as an opposition research arm to the Donald Trump campaign,” said Johnson.

Johnson said this while wearing a Clinton campaign pin — the one that’s a capital “H” with a right-pointing arrow.

In fact, Johnson has worn her pro-Clinton pin in at least two previous House Committee on Space, Science and Technology hearings, according to a Daily Caller News Foundation review of recent hearings. 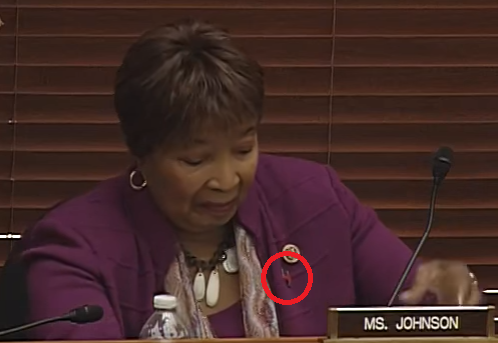 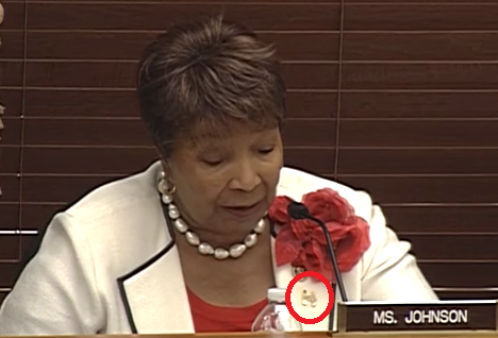 Wearing a Hillary campaign pin may violate House rules. The House rules manual states, “the House rooms, offices, and buildings are considered official resources, and as such, they are not be used for the conduct of any campaign or political activity, including the solicitation of contributions.”