Rick Perry was eliminated from “Dancing with the Stars” Tuesday night. 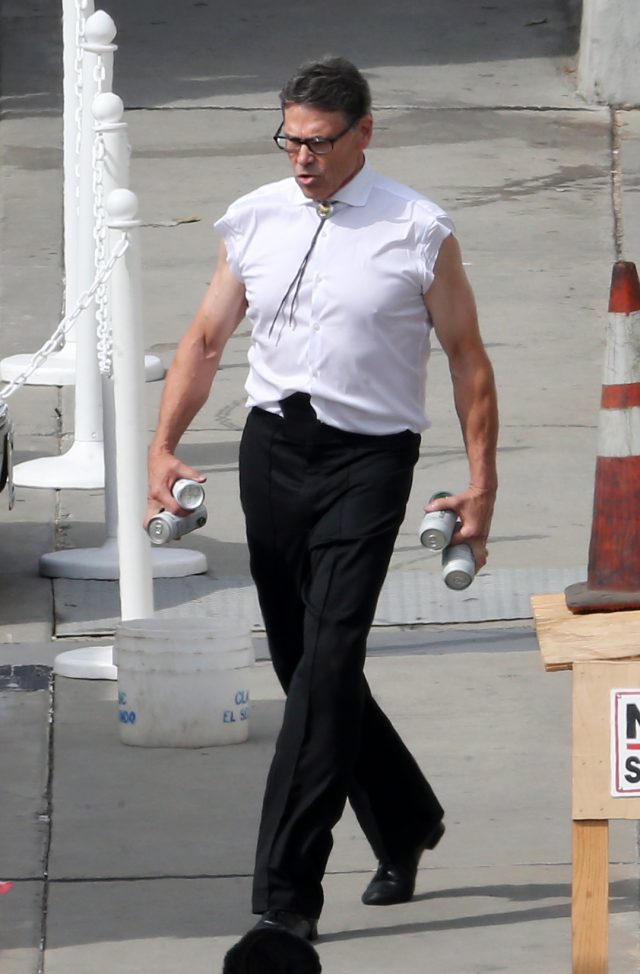 Perry spotted before filming of ‘Dancing with the Stars.’ (Photo: Splash News)

The former governor of Texas and his professional dance partner Emma Slater were the second contestants to be booted from the competition after they scored a 23 after performing this week.

After he was eliminated, Perry said he was thankful for the experience.

“I look back on it for the last month as an amazing experience,” Perry said during an interview with E! News Wednesday. “I was able to talk about those veterans issues that really brought me to the show to begin with.”

“We’re here tonight enjoying America’s pastime because somewhere along the way there was some young American who served and kept us free.”