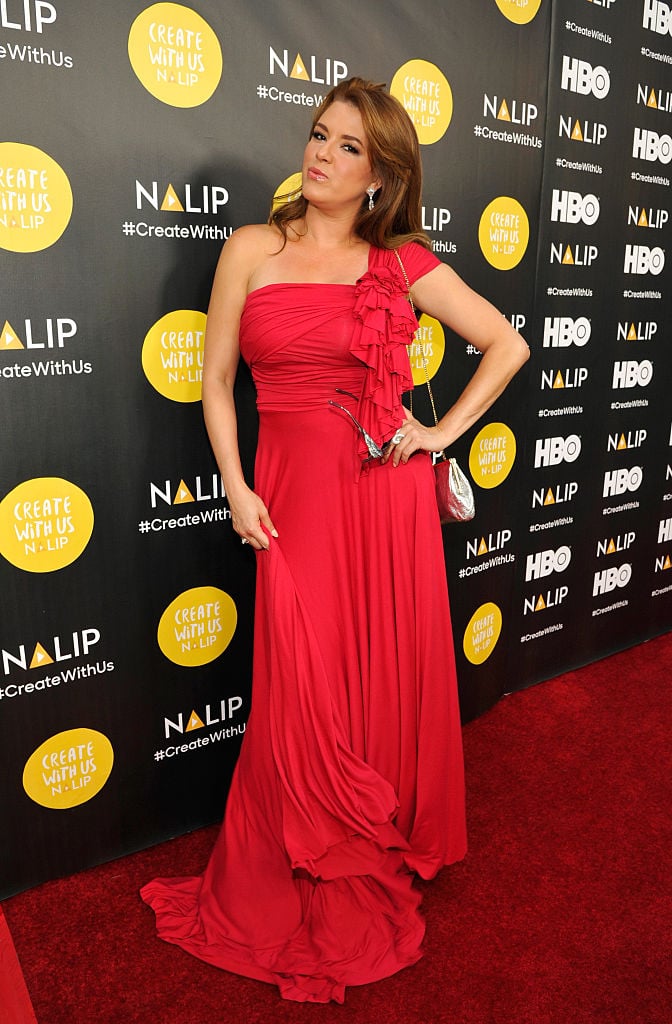 Machado posted the following photo to Instagram — in which she swaps out a shirt for the American flag — accompanied with a lengthy Spanish-language caption. (RELATED: Trump Advises Followers To ‘Check Out Sex Tape’ In Early Morning Twitter Rant)

The former Miss Universe criticized Trump for attacking her based on past “slanders and false accusations” about her life.

Machado argued that, this is “not the first time” she has faced these accusations and that the willingness to attack a woman is the most horrifying aspect of Trump’s “hate campaign.”

The Republican candidate and his campaign team are again generating attacks, insults and trying to revive slanders and false accusations about my life. All this in order to intimidate, humiliate me and throw me off balance again. The attacks that have emerged are slander and lies cheap generated with bad intentions, which have no foundation that have been spread by sensationalist media. This, of course, is not the first time that I faced such a situation. Through their hate campaign, the Republican candidate insists discredit and demoralize a woman, which is definitely one of the most terrifying features. With this, they are seeking to distract attention from their real problems and [Trump’s] inability to pretend to be the leader of this great country. When I was a young girl, the now candidate humiliated, insulted me, disrespected me publicly, as he usually did privately in the cruelest way. As this happened to me, it is clear over the years that their actions and behavior have been repeated with other women for decades. Therefore, I will keep standing, sharing my story. I absolutely support Mrs. Clinton on behalf of women, my sisters, aunts, grandmothers, cousins, friends and female community. My Latin and in general, I want to thank all the support, love and respect, my career, my person as a human being and my family. I became a citizen of this great country because my daughter was born here and because I wanted to exercise my rights, including voting. I will continue standing firm in my lived experience as Miss Universe and you with me supporting me. I’ve been so pleased with many kind words, for so much love. I’m focusing on my busy career, in my work as mother and I will continue taking positive steps for the Latino community, I will continue as activist for women’s rights and respect we deserve. I appreciate all your love and all your support again, thanks. “Thousands of blessings. [sic]

The United States Flag Code states that though clothing can bear American flag print, the flags themselves should never be worn as clothing.