“I got a heads-up from my attorney that the FBI wanted to interview me about Hillary, and specifically about her conflict of interest handling Clinton Foundation business while she was running the nation’s foreign policy.”

The speaker was a retired Foreign Service officer who had worked closely with Hillary and flown with her on several State Department missions overseas. This former diplomat was quoted in my book “Unlikeable: The Problem with Hillary;” she said she had witnessed Hillary dealing with Clinton Foundation and Clinton Global Initiative business from her office and conference room on the seventh floor of the State Department, and from the cabin of Air Force Two.

“Knowing what I knew, I guess I wasn’t really surprised to be contacted by the FBI,” the source said in an interview for this book. “I’m a Democrat and supporter of Hillary for president, but I was deeply resentful that she carried out her family foundation business so openly when she was at state. It was as though being secretary of state was her part-time job, while her first priorities were raising money for her presidential run, which she was planning from day one, and raising money for the Clinton Foundation.

“The amazing thing about how she behaved was that she was completely unembarrassed that the people who worked with her knew what she was doing,” the source continued. “She had no qualms, because she said that the work she did at state and the work she was doing for the foundation and the Global Initiative were related and complemented each other.

“When I flew on her plane, she always took along a bunch of manila folders marked CF and CGI—the Clinton Foundation and the Clinton Global Initiative. The folders had dividers labeled Donations, Fund Raising, AIDS/HIV, Haiti, and so on. There was no question what she was up to.”

After the veteran Foreign Service officer retired, she returned home to Chicago, and it was there that the FBI interview took place.

“I was asked if I preferred the agents to visit at my business or come down to their field office. I didn’t have an office in the city, and I sure as hell didn’t want those FBI agents, with their dark suits, white shirts, and dark ties, showing up at my apartment and spooking my neighbors, because it might look like I was being arrested or something.

“I consulted with a judge, a longtime friend of mine, and asked him what I should do. He said words to the effect, ‘Tell the truth but don’t volunteer anything.’

“So I took an Uber out to the near West Side to the FBI office on West Roosevelt Road in Chicago. It’s a grim, forbidding tenstory building. And I turned myself in [laughs].

“My friend the judge had given me good advice, but it was easier for him to offer it than for me to carry it out, because the so-called interview was more like an interrogation. Every time I answered a question, the agents peppered me with ten more. I half expected the third-degree spotlight to be shined in my eyes [laughs again].

“I came away with the impression, after ninety minutes of grilling, that the FBI was going after this case with a vengeance.”

Orders had come down from James Comey that it was time to expand the FBI investigation from Hillary’s mishandling of classified emails to her unethical—and almost certainly illegal— mingling of State Department and Clinton Foundation business. The FBI director believed that Hillary had dispensed favors to foreign governments and businessmen who contributed money to the Clinton Foundation.

In common parlance, that was called pay to play.

Comey’s suspicions about the Clintons’ dodgy methods weren’t anything new. As Time magazine’s deputy Washington bureau chief, Massimo Calabresi, reported, when Comey was deputy special counsel to the Senate Whitewater Committee in the 1990s, he came to “some damning conclusions: Hillary Clinton was personally involved in mishandling documents and had ordered others to block investigators as they pursued their case.

“Worse,” Calabresi continued, “her behavior fit into a pattern of concealment: she and her husband had tried to hide their roles in two other matters under investigation by law enforcement. Taken together, the interference by White House officials, which included destruction of documents, amounted to ‘far more than just aggressive lawyering or political naiveté,’ Comey and his fellow investigators concluded. It constituted ‘a highly improper pattern of deliberate misconduct.’”
Now, if Hillary were found guilty of pay to play while she was secretary of state, she could be charged under several different statutes. Among them: the federal official bribery and gratuity statute…; the Foreign Corrupt Practices Act…; and the federal program bribery statute.

Comey wasn’t the only one who believed there was a mountain of evidence to prove Hillary had violated public corruption laws. In an article for RealClearPolitics titled “Hillary Clinton’s Coming Legal Crisis,” Charles Lipson, the Peter B. Ritzma professor of Political Science and the founder and director of the Program on International Politics, Economics and Security at the University of Chicago, wrote:

Major donors to the foundation often had business before the State Department, and they sometimes received help. After the devastating 2010 earthquake in Haiti, for instance, Bill Clinton was named co-chairman of the Interim Haiti Recovery Commission, and, according to the Wall Street Journal, “the State Department began directing parties interested in competing for Haiti contracts to the Clinton Foundation.” Not surprisingly, many contractors became foundation donors, or were already. The FBI now has to decide if any of this was a “pay to play” arrangement.

Evidence of other pay-to-play scandals abounded. I described several of them in “Unlikeable: The Problem with Hillary.”

The Electric-Car Connection: While Hillary was secretary of state, her younger brother Tony Rodham received special favors from the U.S. government for an electric car company owned by an old Clinton crony, Terry McAuliffe, the current governor of Virginia. 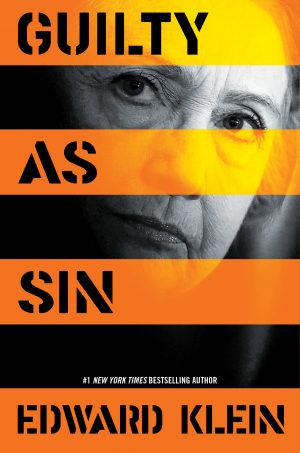 The Haiti Connection: While his sister was secretary of state, Tony Rodham was appointed to the advisory board of VCS Mining, a U.S.-based company that received a gold-mining contract in Haiti.

The Nigerian Connection: A Lebanese-Nigerian billionaire, who was one of the Clinton Foundation’s biggest donors, lobbied Hillary not to designate the al-Qaeda–linked Nigerian Islamist group Boko Haram as a terrorist organization. As long as she was at Foggy Bottom, the murderous Boko Haram stayed off the official U.S. terrorist list.

The Canadian Connection: A Canadian businessman who donated millions of dollars to the Clinton Foundation was granted permission to sell control of 20 percent of the U.S. uranium production capacity to Vladimir Putin’s Russia. Putin showed his gratitude by inviting Bill Clinton to give a speech in Moscow, for which he was paid $500,000.

The UBS Connection: While she was secretary of state, Hillary intervened on behalf of UBS, a giant of the Swiss banking industry that had donated $600,000 to the Clinton Foundation and paid Bill Clinton $1.5 million for a series of speeches.

In addition to these examples of pay-to-play scandals, here are three that didn’t make the cut at the time Unlikeable was published.

The TD Bank Connection: “TD Bank never engaged Bill Clinton to speak during his first eight years out of the White House,” noted Betsy McCaughey, a senior fellow at the London Center for Policy Research. “But in 2009, four days after Hillary was nominated secretary of state, Bill made the first of a string of speeches for which TD paid almost $2 million.” TD Bank was the largest investor in the Keystone XL pipeline, a project that, because it crossed the border between Canada and the United States, needed approval from the State Department. Hillary did not take a public position on the pipeline until more than two years after she left the state Department. She was then on the campaign trail in Iowa and needed to shore up her support among left-wing environmentalists. She finally said, in September 2015, that she opposed the pipeline as “a distraction from important work we have to do on climate change.”

The Boeing Connection: While she was secretary of state, Hillary helped Boeing win a $35 billion Air Force tanker-refueling contract. After the Air Force deal, Boeing demonstrated its gratitude by donating $900,000 to the Clinton Foundation and paying former President Bill Clinton $450,000 for two speeches.
The Energy Pioneer Solutions Connection: Bill Clinton helped direct nearly $3 million to an energy company that was owned in part by a “family friend” who was rumored to be his mistress. Part of that money came in the form of a federal Department of Energy grant he helped arrange. The rest came from an investment made at a Clinton Global Initiative conference. Chuck Ross of the Daily Caller reported that the Clinton Global Initiative “scrubbed its website of evidence of a $2 million commitment that Clinton helped arrange for the company, Energy Pioneer Solutions, in order to avoid drawing attention to the former president’s friendship with that investor, a 56-year-old blonde divorcee named Julie Tauber McMahon. . . . Some outlets have alleged that McMahon, who is a neighbor of the Clintons in Chappaqua, N.Y., is the Bill Clinton friend nicknamed [by the Secret Service] ‘Energizer’ . . . [who reportedly] visited the Clinton home frequently but timed her stops when Hillary Clinton was not there.”

That Hillary ran a pay-to-play State Department was well known in Washington. But no one had done a thing about it— until, maybe, now.

“The FBI agents asked me a few questions about the email situation, but they didn’t linger on it,” the former Foreign Service officer recalled about her interrogation. “They wanted to know if I was aware Hillary used a private server and for how long I knew. The answer was from day one, when she became secretary.
“They asked if I was aware some documents sent were classified,” the source continued. “I said I didn’t recall, but some undoubtedly carried some level of classification. I was sure from the way they questioned me that they had copies of all the emails exchanged between Hillary and me. It seemed to me that they had already cracked the email case, and were eager to move on.

“Then they zeroed in on how many times and where I had seen Hillary working on foundation business at State. I said that the occasions were too numerous to mention. Under their questioning, I agreed that it was an almost daily occurrence, and I told them that there were always a pile of foundation folders and financial materials on her desk, and on her Air Force plane, or carried by Huma wherever Hillary went.

“In the end, the agents were polite and they walked me out. They asked if I would come back again if needed. Obviously, I agreed, but I sure hope it doesn’t happen.