The sign behind (pun intended) Matthews was Donald Trump‘s face transformed into a rear end.

Instead of the name “Trump” on the campaign sign of Trump’s assface, it reads, fittingly, “Rump.” 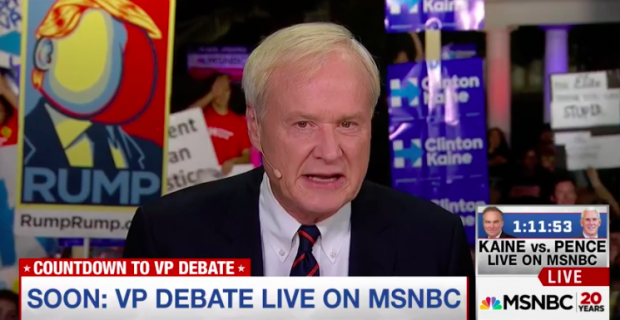