In the run-up to the 2008 presidential election, the San Francisco Chronicle published a 1,007-word treatise arguing that Obama “isn’t really one of us” but is, instead, a “lightworker” — “that rare kind of attuned being who has the ability to lead us not merely to new foreign policies or health care plans or whatnot, but who can actually help usher in a new way of being on the planet.” 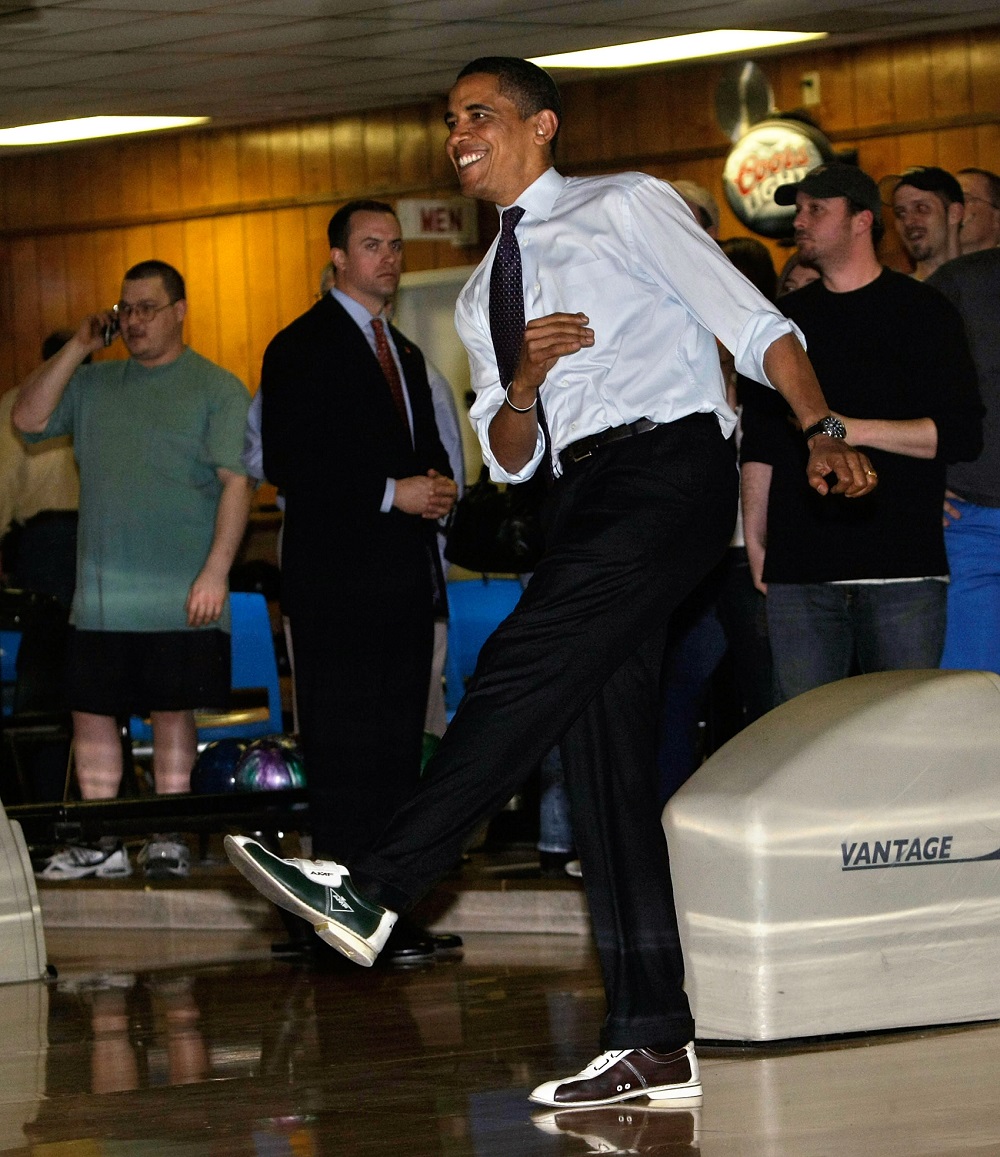 “I’ve heard from far too many enormously smart, wise, spiritually attuned people who’ve been intuitively blown away by Obama’s presence — not speeches, not policies, but sheer presence,” Morford gushed in June 2008. (RELATED: Remember When Obama Was The Messiah?)

In its investigation of this critical question, The Daily Caller initially contacted Morford via email. He failed to respond.

Next, utilizing Google as its ontological guide, TheDC contacted a multitude of websites and blogs which profess to have expert knowledge of “lightworkers” and their unique, sacred abilities to heal humanity.

Only two of these many recipients responded.

A representative at a website dedicated to spiritual enlightenment who wished to remain anonymous cryptically told TheDC that “all work done in and for the dark ultimately serves the Light.”

“We all have roles to play, and who could judge one role to be more sacred than another?” the anonymous respondent asked, in what appears to be comic sans font.

Trump and Clinton “may not be enjoying the higher dimensions,” the anonymous “lightworker” expert added, but “there’s need in both cases for some reparation, retribution, etc.”

The other “lightworker” expert who answered TheDC’s query — the “customer happiness manager” for “bestselling author, metaphysician and entrepreneur” Sarah Prout — promised that the emailed question “would go straight to her inbox so she sees your message.” However, Prout herself never replied.

How, then, can America know whether Trump or Clinton is a “fascinating evolutionary burp” like Obama — “a conduit, a lightning rod” with “stirring vibrations”?

The first Google result for “lightworker” — out of roughly 1,350,000 total results — is from a website called Angeltherapy.com. The site is run by Doreen Virtue, who was formerly “a psychotherapist specializing in healing eating disorders, until her life was saved by divine intervention on July 15, 1995 during an armed carjacking.”

Virtue lists “8 Traits Of Lightworkers” on her site. Here is that list, along with the best estimation of whether Trump and Clinton fulfill each trait. 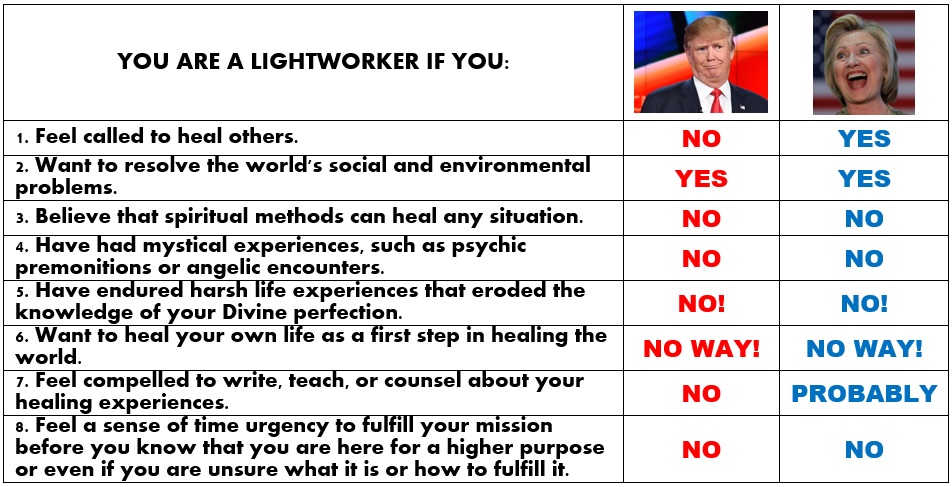 Do Trump and Clinton have ‘lightworker’ characteristics?

In sum, then, America’s next president is not very likely to be the “lightworker” that “many enormously smart, wise, spiritually attuned people” predicted Obama would be.

Prior to Obama, Morford suggested, America’s most recent “lightworker” president had been John F. Kennedy, “this kind of high-vibration being, a peacemaker, at odds with the war machine, the CIA, the dark side.”

Morford’s essay promised that Obama’s 2008 campaign was absolutely not “a clever marketing ploy, a slick gambit carefully orchestrated by hotshot campaign organizers who, once Obama gets into office, will suddenly turn from perky optimists to vile soul-sucking lobbyist whores, with Obama as their suddenly evil, cackling overlord.” 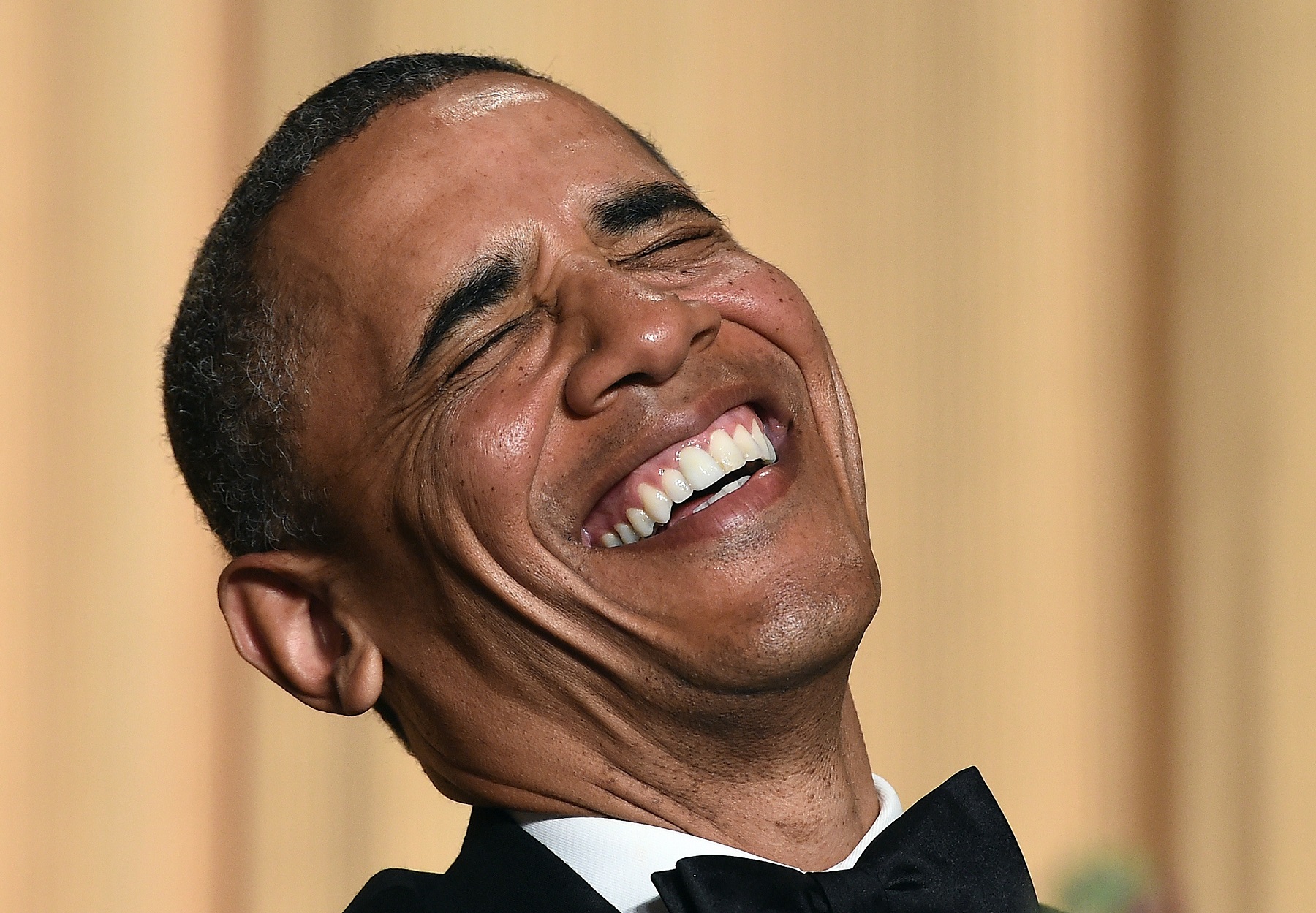 “Think that’s all a bunch of tofu-sucking New Agey bulls — and Obama is really a dangerously elitist political salesman whose inexperience will lead us further into darkness because, when you’re talking national politics, nothing, really, ever changes? I understand. I get it. I often believe it myself,” Morford wrote at the conclusion of the legendary 2008 essay.