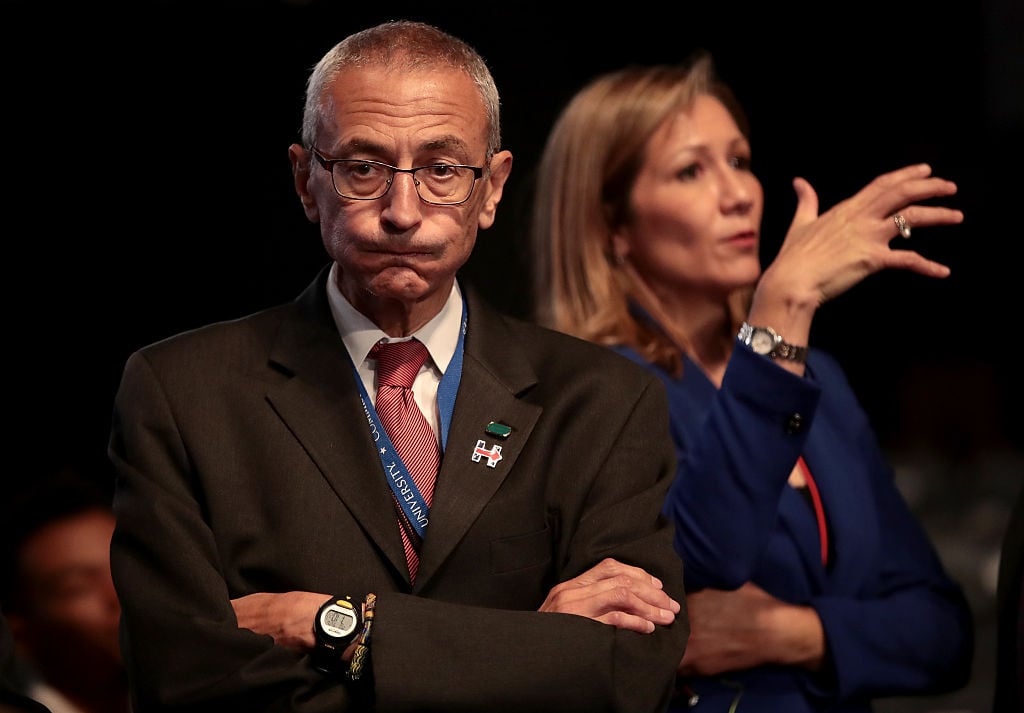 John Podesta looks on prior to the start of the Presidential Debate at Hofstra University on September 26, 2016 in Hempstead, New York. (Getty Images)

Budowsky, who served as a Democratic aide in Congress before joining The Hill, wrote on August 27, 2015 that Clinton’s “handling of the Biden issue,” during her August 26 press conference was “picture perfect.”

According to the Free Beacon, Clinton told reporters that she had “seen no evidence” that Vice President Joe Biden — who at the time was seriously mulling a 2016 presidential bid of his own — would dilute her voting base if he entered the race.

Still, Budowsky warned Podesta “that regarding at least some Obama White House staff, when the Clintons next dine at the White House they should bring a food taster and wear body armor that covers their backs with at least some people there.”

“I picked this up from several sources, though I will not write about this,” he added.

“Thanks,” Podesta responded. “I am sure you are right, although I think most, including at the top are on our side.” 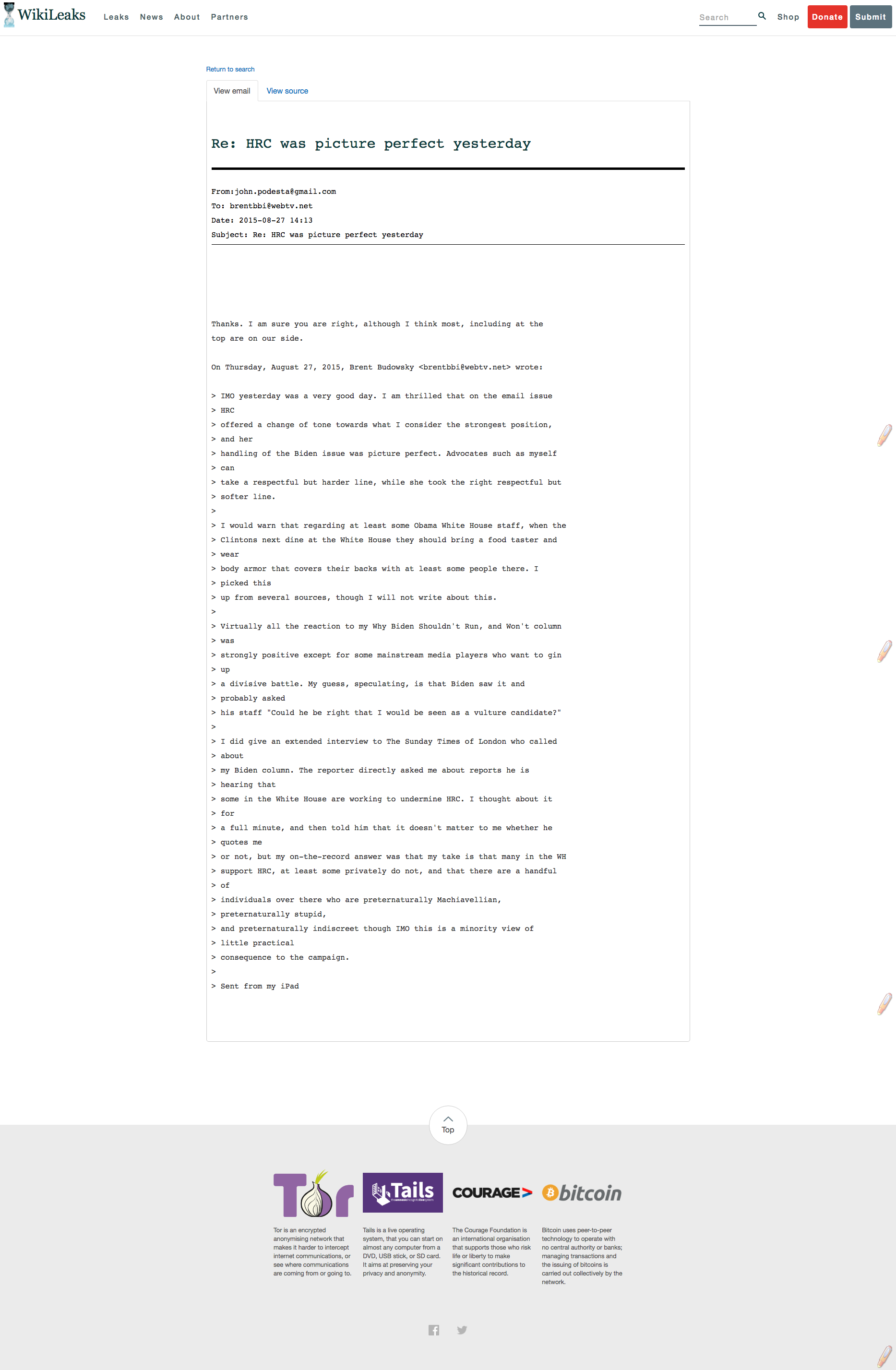