Some 2,000 John Podesta emails dropped in yet another Wikileaks dump on Monday.

In them are all kinds of embarrassing nuggets about Hillary Clinton‘s campaign operation.

Among them: messages that show that NYT and CNBC reporter John Harwood is a giant kiss ass to HRC’s campaign. 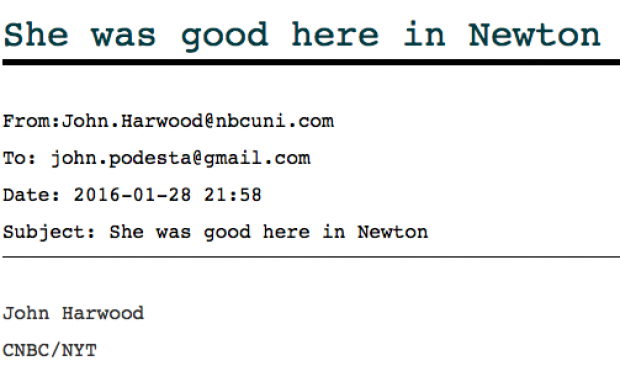 In this next one, Harwood feels the need to assure Podesta that Clinton is “pretty strong.” 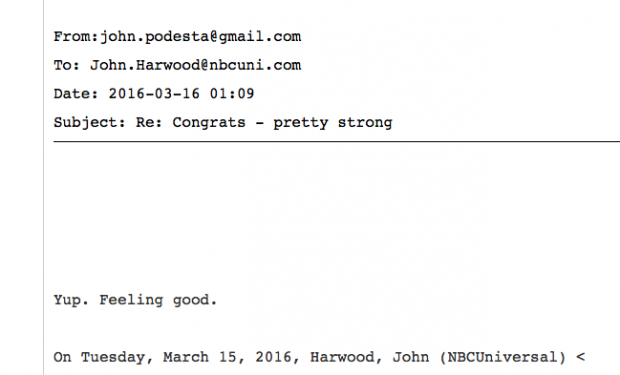 In yet another smoocher of an email, Harwood acts as a media consultant for Podesta, telling him how HRC is coming across in interviews. In these instances, he’s referring to MSNBC’s Andrea Mitchell and CNN’s Brianna Keilar. Podesta seems grateful for the positive feedback, saying, “I think she’s over the hump.”

In this email to the Clinton campaign’s Director of Communications Jennifer Palmieri, Harwood appears to be directly helping Clinton’s campaign.

This is Palmieri’s response:

This email also appears to be in the helpful “FYI” category. Harwood writes, “Set aside process — if there’s any specific/plausible suggestion of nefarious email @HillaryClinton was trying to hide, I haven’t heard it.” 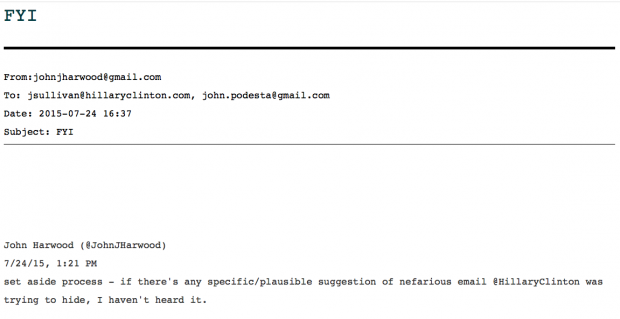 This next one isn’t so sinister as lots of reporters dine with campaign aides. But in combination with the others, it looks like Harwood and Podesta have an awfully cozy relationship. 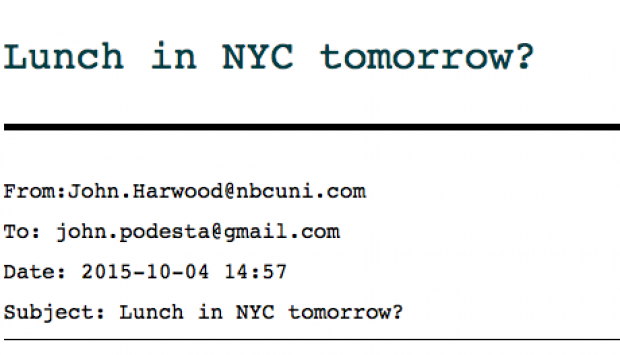 The Mirror reached Harwood by phone regarding the email dump. He seemed surprised and said he hadn’t seen it and hadn’t seen the emails involving him. So I sent them to him and requested a comment. If he gets back to me I will bring his comments to you as quickly as possible.

Note to readers: There are still a ton of emails to sift through. If there are more involving Harwood, The Mirror will add them here.

UPDATE. Here’s another email from Harwood to Podesta in which Podesta tries to convince Podesta to let him write a story that will be the type of story “she wants’ — she, being Hillary Clinton.

Harwood: for HRC to talk economy with me?

Podesta: Time to start talking about the economy with somebody. Probably after Thanksgiving.

Harwood: With me, it will be the kind of substantive, deep, textured conversation about the economy she wants.