Rose’s accuser allegedly didn’t turn over text messages that would have helped the guard in the case and now the judge might declare a mistrial, according to TMZ Sports. 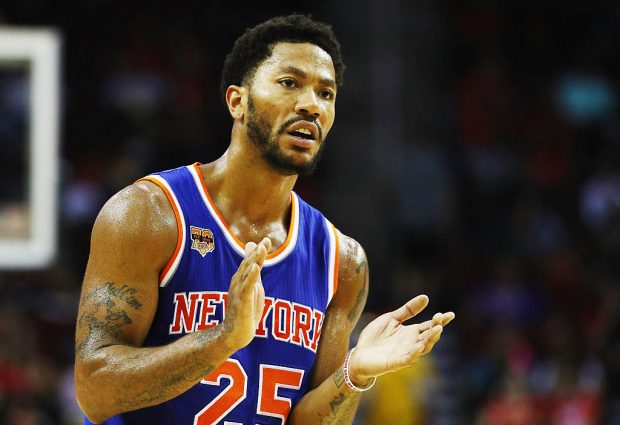 HOUSTON, TX – OCTOBER 04: Derrick Rose #25 of the New York Knicks waits on the court during their game against the Houston Rockets at the Toyota Center on October 4, 2016 in Houston, Texas. (Photo by Scott Halleran/Getty Images)

The judge has now ordered the accuser to prove that she attempted to make text messages available to Rose’s legal team, according to the same TMZ Sports report.

The former Chicago Bulls guard has been accused of raping a Los Angeles woman. However, he denied that the he ever raped anybody and that he’s not “done anything wrong.” (VIDEO: Derrick Rose Opens Up About The Rape Accusations Against Him)

The Los Angeles Police Department is also looking into the claims against Rose.

1
MyPillow’s Mike Lindell Punches Back At Jim Acosta: Unfit To Print
Editorial
2
Here Are All The Funding Landmines Congress Stuffed Into The 3rd Coronavirus Stimulus Bill
Politics
3
Was The Stockpile Shortage Under Obama A Result Of The Tea Party? Not So Fast
Media
4
'Lost The Credibility': WHO Faces Mounting Backlash For Aiding China's Coronavirus Cover Up
World
5
World Health Organization: Abortion Is 'Essential' During Coronavirus Pandemic
Politics