“GOP consultant tells me no way can Trump win, but can staunch the bleeding and help other GOPers by sticking to issues, being statesmanlike.”

HuffPost reporter has some thoughts about Trump

“BTW I have received the proofs of my book and oh boy it’s feeling v real now, hope you’re looking forward to me talking about it A Lot.” — Maria Le Conte, BuzzFeed media and politics reporter, based in London.

Another D.C. reporter has some thoughts on Trump (NSFW)

“Remember a few months ago when I trolled Trump fans by saying he had ribs removed to suck his own dick? Not so far-fetched now, is it?” — Sam Knight, editor, The DC Sentinel.

“Greg Gutfeld and Ainsley Earhardt of FOX News found time to unwind at Jenna and Michael Morton’s CRUSH inside MGM Grand Las Vegas last night, where each sampled ‘The Donald’ and ‘The Hillary,’ cocktails created to take the edge off the 2016 presidential race. In town for the highly anticipated final presidential debate, the popular FOX personalities were in separate parties, Gutfeld with family and Ainsley with a few friends. Gutfeld and his group dined on the ricotta gnocchi, beef filet and a half-pound Angus burger while Ainsley and her group had the California sea bass, ricotta gnocchi and the date & artichoke pizza. Both groups were engaged in lively conversation about the upcoming debate.” 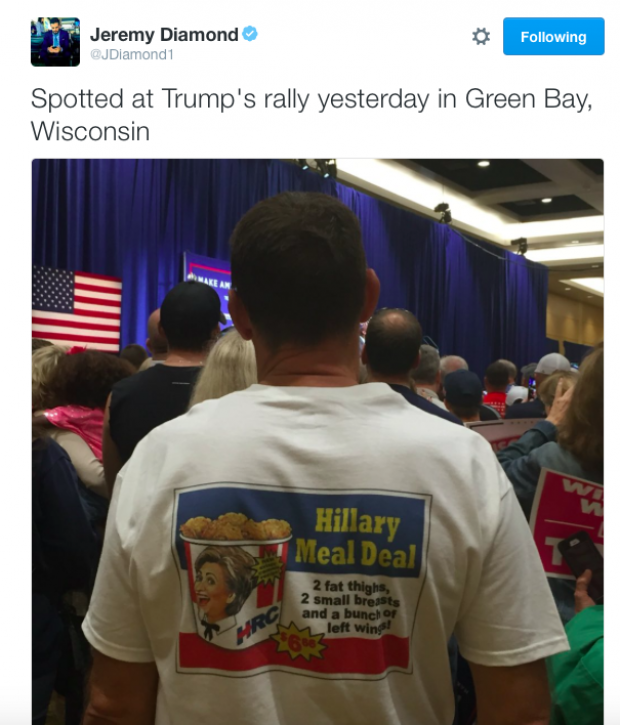 “Michael Cohen on @CNN, re: Trump sex abuse claims: ‘Beauty is in the eye of the beholder…these aren’t even women he would be attracted to.'” — Natasha Bertrand, breaking news editor, Business Insider. 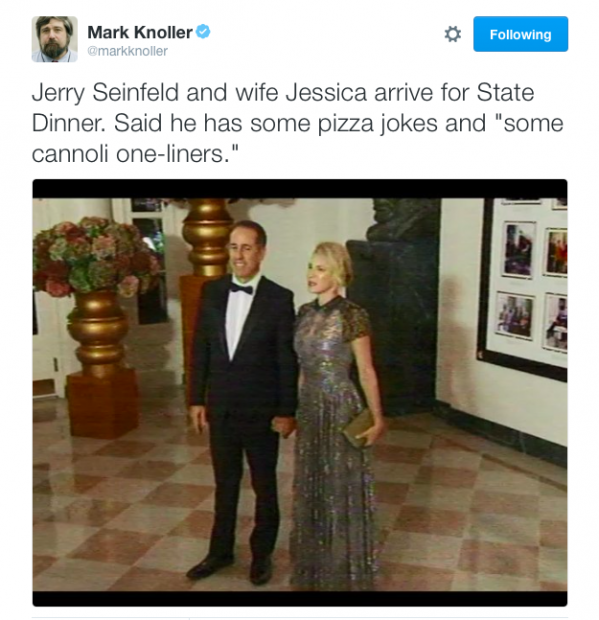 Daily Caller reporter bones up on his interviewing skills 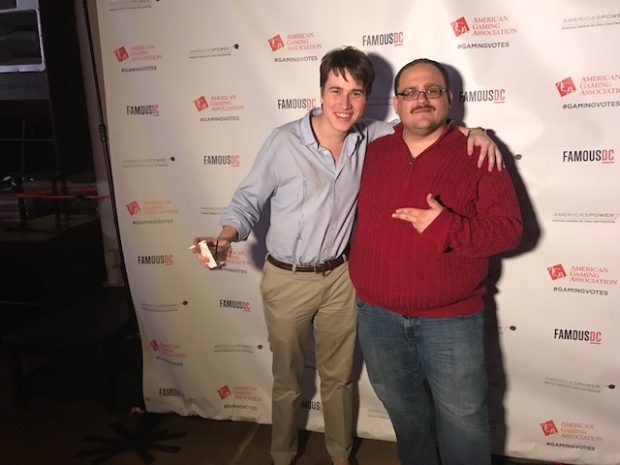 BONE TO WIN: Daily Caller barely legal reporter Alex Pfeiffer with debate questioner Kenneth Bone in Las Vegas. Pfeiffer told The Mirror, “He was just there for everyone to take photos with. He was like an exhibit at the zoo for journos and aides. Spicer and other GOP folks were there.” 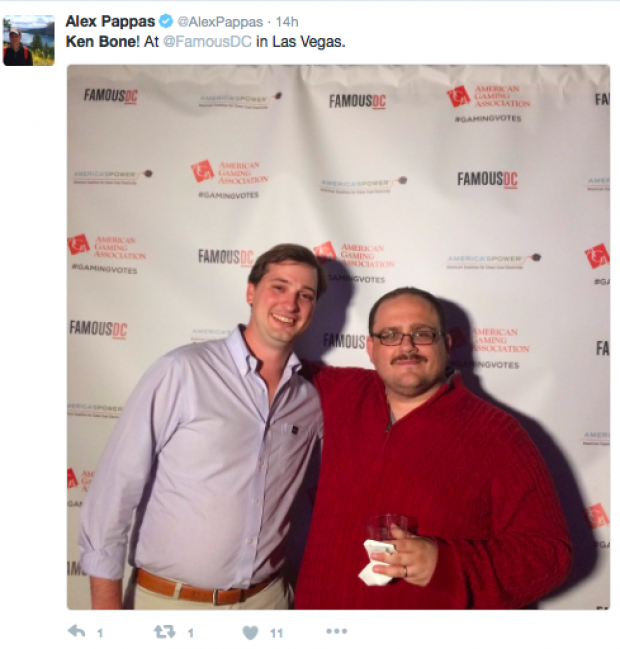 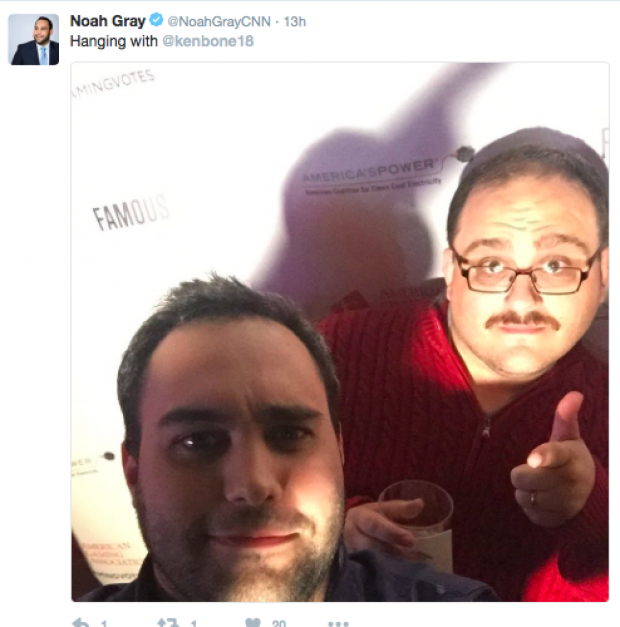 Others who spotted him…

“I still don’t know who Ken Bone is and consider not having figured it out my greatest achievement of the cycle.” — Vox Executive Editor Matthew Yglesias.

USA Today has urgent news on Bone: “Ken Bone brought two red sweaters to Las Vegas to be able to sport it during all of his events.”