Members of the Young Conservatives of Texas at the University of Texas at Austin held an affirmative action bake sale Wednesday. The bake sale, located in the West Mall area of the campus, drew a large crowd of protestors and critics.

In a press release regarding the event, the club explains that they held the bake sale on campus to “bring attention to the absurdity of giving preferential treatment to individuals based on race, ethnicity or gender.”

“Affirmative action for university admissions was banned in Texas in 1996 (Hopwood v. Texas) but then overturned over by the U.S. Supreme Court in 2003 (Gratz v. Bollinger) stating that race, gender, and ethnicity can again be used as a factor in admissions as long as a quota or point system is not used,” states the club’s release.

“Our bake sale will have a tiered pricing method intended to illustrate this disastrous policy that demeans minorities on our campus by placing labels of race and gender on their accomplishments,” the Young Conservatives of Texas posted in the bake sale’s Facebook event.

The club set the following prices for the baked goods: 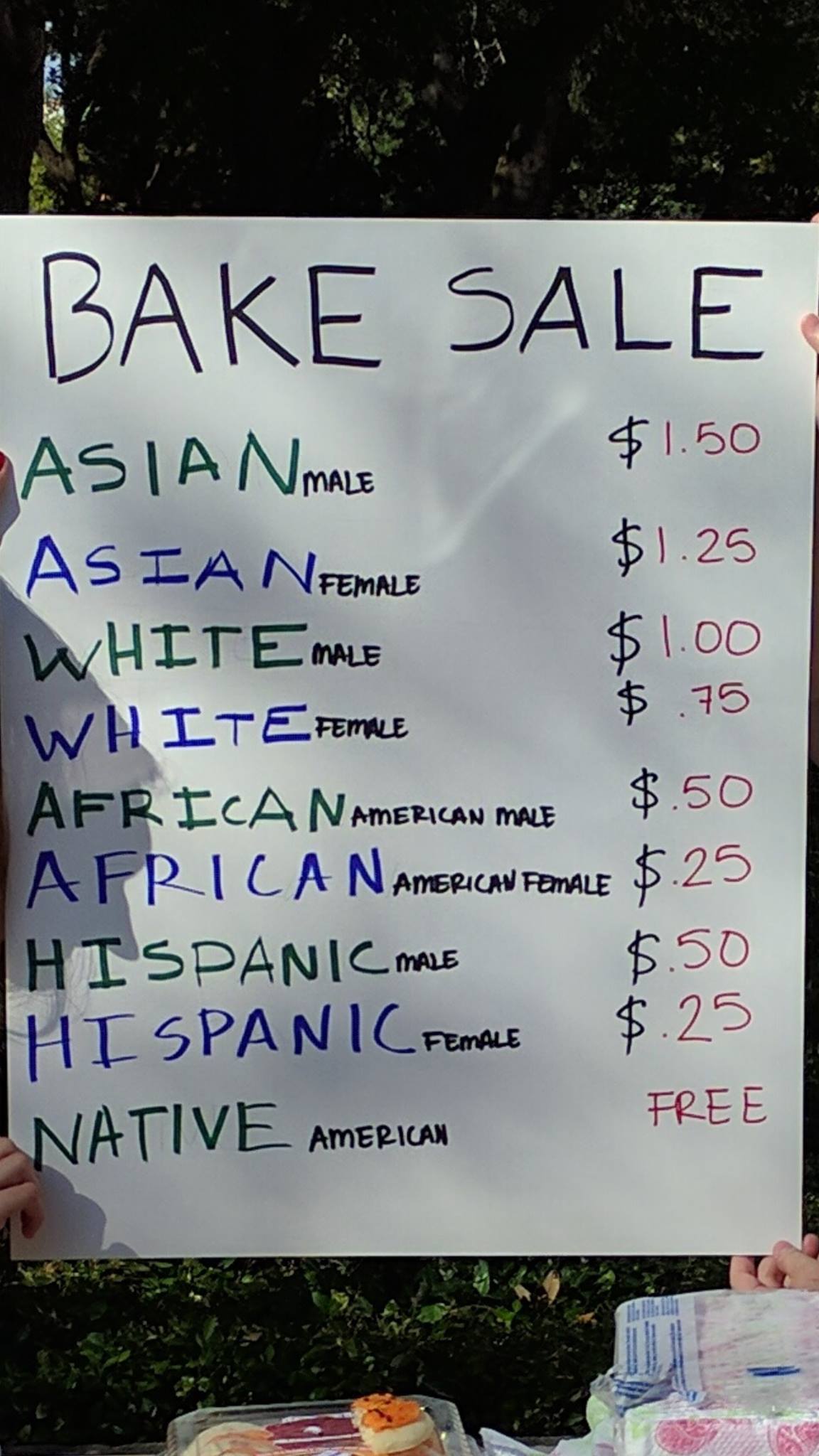 Yerim Ashley Choi, a UT student and spokesman for the university’s Gender and Sexuality Center, live streamed the event with the title “Racists are live at UT Austin”.

“Our protest was designed to highlight the insanity of assigning our lives value based on our race and ethnicity, rather than our talents, work ethic, and intelligence,” says Vidal Castañeda, the chairman of the UT Young Conservatives. “It is insane that institutional racism, such as affirmative action, continues to allow for universities to judge me by the color of my skin rather than my actions.”

Castañeda explains that despite the criticism the event received, the group has no intention of backing down.

“YCT-UT will not be deterred by liberal elites that would love nothing more than to silence conservative, common sense voices on campus,” he states in the press release. “We will continue to speak out against policies that are harmful or give preferential treatment based on nothing more than immutable characteristics.”