BRONX, NEW YORK—The South Bronx may overwhelmingly prefer Hillary Clinton to Donald Trump, but the neighborhood does not really show it. The former stronghold of Vermont Sen. Bernie Sanders during the Democratic primary appears to show no outward enthusiasm for Clinton as compared to Barack Obama in 2008.

Street art, posters, and stickers supporting the Democratic nominee are not plastered all over the areas of the South Bronx where the Democratic minority base has a high volume of voters. 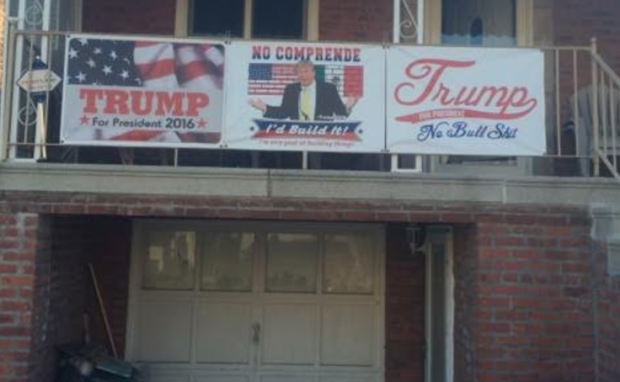 However, Donald Trump supporters in a small enclave of the South Bronx proudly show their banners and opinions about the Republican presidential nominee. Within the Morris Park Avenue neighborhood, an Italian-American area, long-time resident Andy Lombardo told The Daily Caller that the neighborhood was previously very pro-Barack Obama.

“I saw excitement in the environment when Barack Obama ran in 2008, but when he didn’t deliver in those four years I saw it start to drop off in 2012. And that’s why I feel that the race is getting closer due to the fact that the Democrats haven’t supported their own people,” said Lombardo, who at one point had a Trump banner on his house. 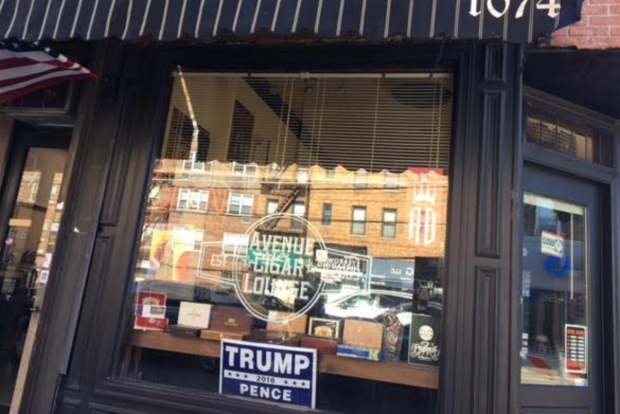 According to Lombardo, the Morris Park Avenue neighborhood was also pro-Reagan at the time of Reagan’s first election.

“[Trump] is the outsider and he’s gonna make changes. He’s gonna make life easier for myself who is retired with how I’m trying to survive.”

Lombardo’s neighbor and fellow Trump banner owner, Matthew Defuccio, a first time voter who said he is gay and just turned 18, told The Daily Caller, “He’s an anti-establishment candidate and I know he has his flaws, but…I think he wants to make a change and he’s not Hillary Clinton and so that’s another reason.”

He added, “I think she has way too many flaws with her. She’s been part of the establishment for 30 years. If she wanted to make change she could have done that when she was a Senator or a First Lady. And there’s the pay to play allegations with her.” 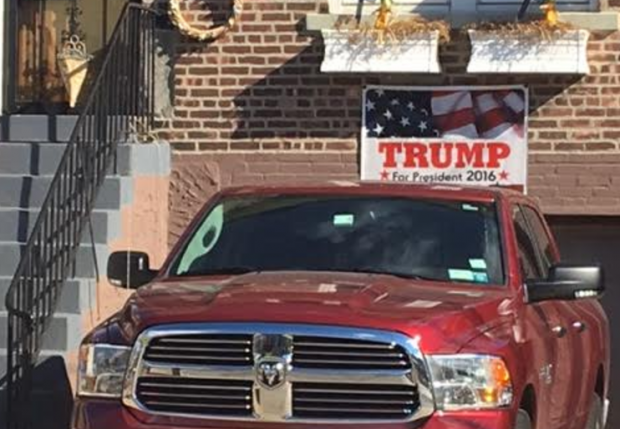 Defuccio’s aunt, Caroline, who owns the bar Mugsy’s on Arthur Avenue told TheDC she could not support Clinton either.

“Well, Hillary’s a liar. I don’t trust her. Trump says it how it is. They make a big deal about how he says things about women, but you know what? Every man has something to say about a woman. The only thing is they caught him on tape. You can’t hold somebody like that because they said something about a woman. It’s bullsh**.”