My how things have changed.

On Tuesday afternoon she skipped her usual foul language and began praying.

Tonight she’s retweeting a map of the U.S. in ball of hellish fire. 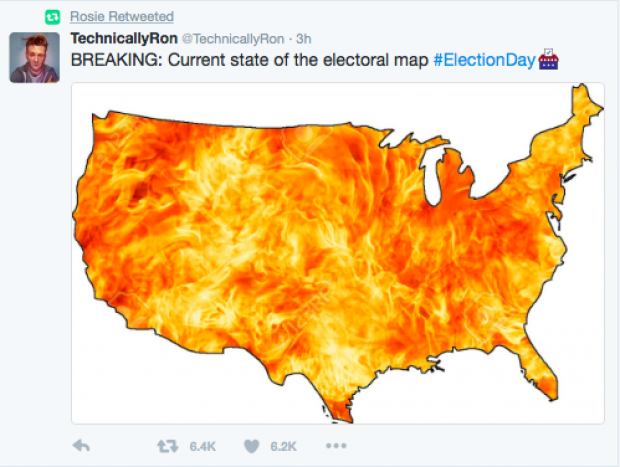 What else is on Rosie’s mind?

She’s retweeting a woman who is clutching her children and watching a family documentary on TV.

And she’s counseling a Twitter friend on whether it’s okay for a toddler to have an imaginary friend. 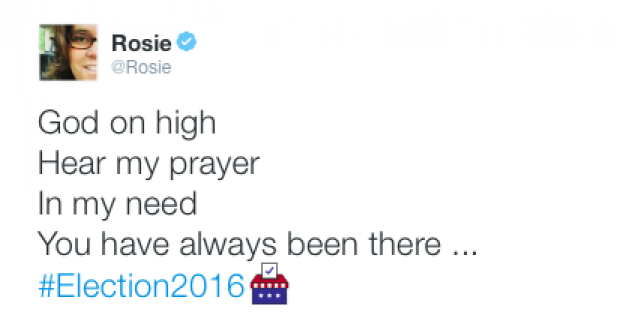 It’s unclear what Rosie will actually do if Trump wins.

A Republican on Twitter tried to troll her, saying, “TRUMP is sending u a u haul.”

Rosie replied, “He’s much too cheap for that.”

The last time Trump spoke formally about O’Donnell was at the recent Al Smith dinner.

“After listening to Hillary rattle on and on and on, I don’t think so badly of Rosie O’Donnell anymore,” he told the white tie crowd. “In fact, I’m actually starting to like Rosie a lot.”