Nikki Haley told attendees at the Federalist Society’s annual convention Friday that Donald Trump won the 2016 election in spite of what elected Republicans have done over the past decade, not because of their actions.

She called for the party to examine itself and move toward principles of freedom, limited government and inclusivity.

The South Carolina governor stated that “President Trump will likely have the ability to shape the Supreme Court for a generation, and thanks in large part to the people in this room, America should be a much better, much more just nation because of it.”

Still, Haley — widely considered a finalist to serve as Trump’s Secretary of State — noted that “this election brought with it countless things we never thought we’d see” and “lessons that we must acknowledge honestly and problems that we must fix.” 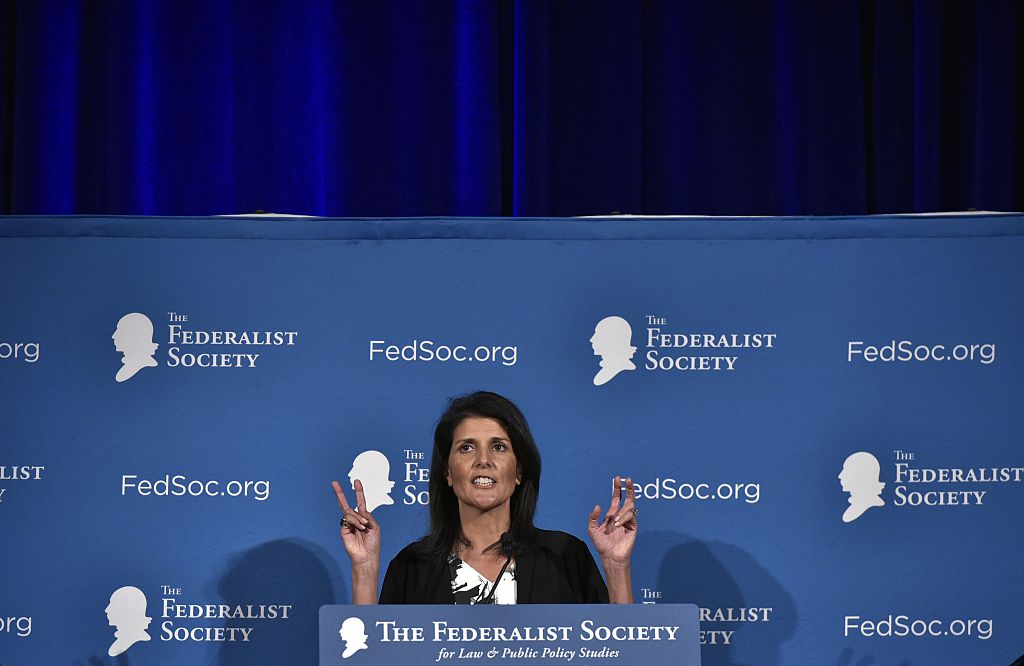 Nikki Haley speaks during the 2016 National Lawyers Convention sponsored by the Federalist Society in Washington, DC on November 18, 2016 (Getty Images)

“The after-the-fact dissection of a presidential candidate almost always focuses on the losing side,” she continued. “That’s understandable, but if we as Republicans are going to lead effectively and have staying power as the governing party, we must accept that Donald Trump’s election was not an affirmation of the way Republicans have conducted themselves.”

[dcquiz] “The President-elect deserves tremendous credit for the way he was able to connect with the electorate, but he did not do it by celebrating the Republican Party, and the American people did not vote for him because he had an R next to his name.”

“He ran against both parties, against the political system at large, a system he argued was fundamentally broken, a notion voters subscribed to in massive numbers,” Haley added. “They’ve rejected the political class of all stripes, Republicans included, and we have no one to blame but ourselves.”

You can watch her full remarks from the convention below, courtesy of the Federalist Society.