The Southern Poverty Law Center’s Ryan Lenz made a wild claim on CNN Monday morning, that Donald Trump’s popular “drain the swamp” phrase, which refers to removing corruption and “pay-for-play” politics from the federal government, is racist.

“Drain the swam was a meme, a Twitter hashtag that grew, exploded, really, after Donald Trump came forward with allegations it was a rigged election,” Lenz told “At This Hour” host John Berman. “It was spread specifically — or among the people that were spreading the drain the swamp hashtag were avowed racists, white supremacists who exist on Twitter to harass and demean various ethnic groups.”

“So we have a little bit of a two-sided message here,” Lenz added, oblivious to the audacity of the point he was trying to make. “Yeah, he’s saying stop it, but he’s also, you know, giving a wink-wink, nod-nod to the very people he’s asking to step away from their violence.”

Get your own limited edition “Drain the Swamp” T-shirt

Lenz’s point was so ridiculous that Berman himself felt the need to explain it to the audience. 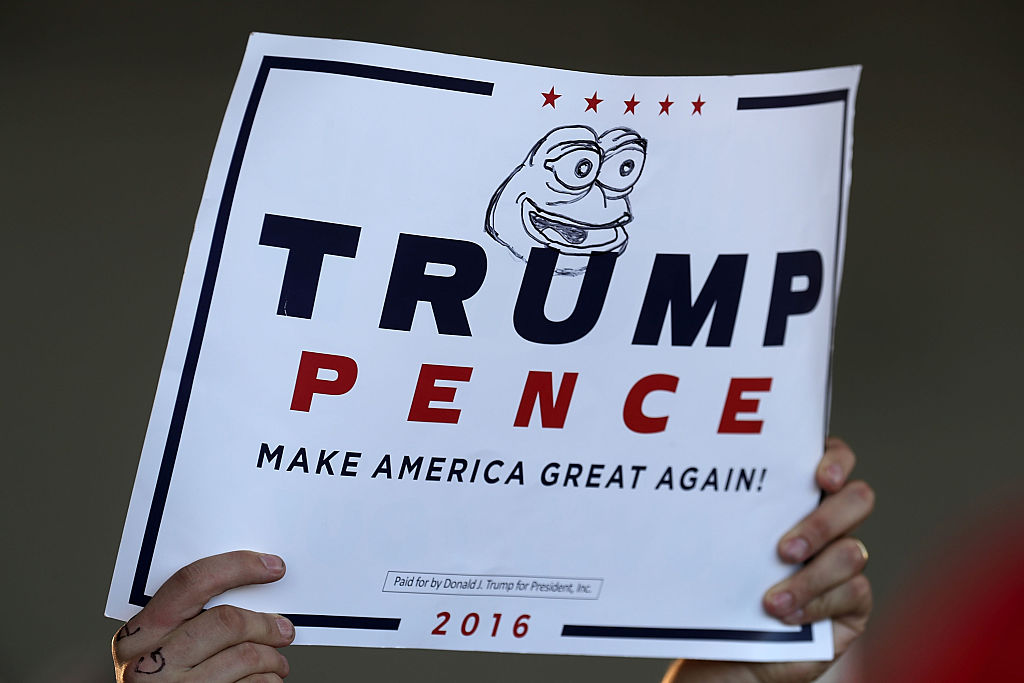 What the media would describe as an ultra-rare white nationalist symbol, drawn on a Trump-Pence campaign sign (Getty Images)

“We should note that different phrases could mean different things to different people. I mean there are plenty of people who are in favor of draining the swamp, not having lobbyists involved and taking some of the money out of politics that I’m sure have no notion at all that it is connected to or supported by groups like this, but I do appreciate the point.”

It should be noted that House Minority Leader Nancy Pelosi coined the phrase while attacking the Republican party back in 2006.