In honor of how divisive the nation is these days, how annoying CNN’s media reporter Brian Stelter is, and all the other shit we put up with in our daily lives, The Mirror is celebrating the day by asking journalists and other political types what they are LEAST thankful for this Thanksgiving.

To the rest of you, hope you enjoy the holiday feature.

Bill Press, lefty host of “The Bill Press Show”: I’m LEAST thankful for having to sit across the Thanksgiving dinner table from right-wing members of my family who voted for Donald Trump. The first one who says he’s thankful that Trump will be our next president had better duck. I’ll throw the whole damned turkey at him! Happy Thanksgiving,

Derek Hunter, The Daily Caller and host, WBAL radio: People who don’t know how to drive. Merging is not rocket science yet too many people seem to be outwitted by the prospect of smoothly integrating themselves into the flow of traffic. What do these people do, only drive on holidays? If you haven’t driven in the past month, you shouldn’t be allowed to drive the week of a holiday. Harsh, but fair.

Olivia Nuzzi, The Daily Beast: Montel Williams. (Editor’s note: There was no coaching on this one.)

Sam Nunberg, twice fired aide of President-elect Donald Trump: I am least thankful that there is something connected to Harry Potter in the movie theaters again. (Editor’s note: Nunberg originally thought I meant what is he MOST thankful for and responded with this:  “I am thankful that my family is healthy and also that I just got an amazing grey pinstripe double breasted Armani suit on sale at Saks.”

Dave Weigel, WaPo: CNN’s decision to explain every issue with a panel of 10 people who may or may not know anything about said issue. When you spend a lot of time in newsrooms and airports, these panels start attacking you like the ‘Jaws 3-D’ billboard in ‘Back to the Future II.’

Milo Yiannopoulos, Breitbart News‘s infamous tech editor: Planned Parenthood, for murdering hundreds of thousands of black children who might have populated my African-American harem. Feminists, for destroying relations between men and women. And the media for lying to and about the rest of us for decades and learning nothing from their failure to dictate the results of the election. Instead of a turkey I’ll be sacrificing a newspaper editor.

Ben Dreyfuss, social engagement editor, Mother Jones: Aside from Donald Trump, I watched the film ‘Deterrence’ the morning and it was terrible. So I am not thankful for Amazon Prime pushing it on.

Anonymous Journo II: I’m least thankful for [Bloomberg Politics‘] Mark Halperin. Now that Trump has won, we’re sure to see more and more of that no-talent hack on my TV for the next four year.”

Evan Gahr, The Daily Caller, The New York Observer: Wow. So many things. When people call me, ‘sir.’ Especially when they do it repeatedly. I tell them ‘my name is Evan, not sir.’ Also the more unhelpful they are being the more they ‘sir me.’  And when people hold the door for me like going out of a big store or the gym or whatever. And when I don’t say thank you they say ‘you’re welcome.’ As if they did me some huge favor. I had something similar happen at Starbucks. I was rushing around because nature was calling and I asked the counter clerk (better known by the pompous appellation barista) for the bathroom code. He gave it to me and as I rushed off to the bathroom he said, ‘you’re welcome.’ I said something like, ‘why do I need to be so thankful? Did you just co-sign a loan for me to buy a house?’ Amazingly, instead of going into android mode he said, ‘Yes. I did.’ Then I said, ‘OK, then. Tell me your social security number so I can give the bank all the correct information.’ He didn’t say anything after that. 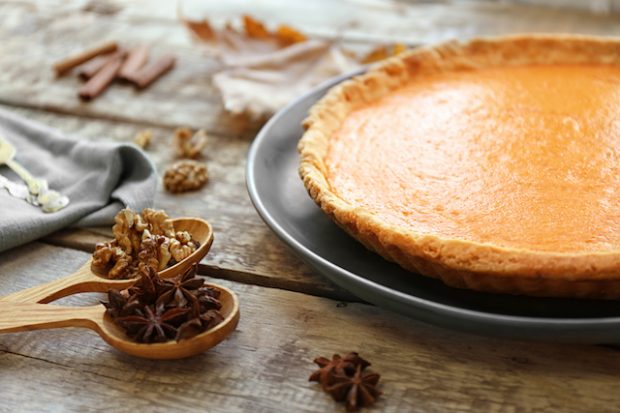 Patrick Howley, formerly with Breitbart News, The Daily Caller and Washington Free Beacon: The lingering corporate idea that writers have no value and are subservient to folks like “The Bobs” from Office Space and 30-year olds who studied business at Pepperdine. I am not thankful for that, at all. But soon there will be a website that prioritizes writers and treats them like the rarefied specialists they are. The business will not be the same.

Rudy Takala, The Washington Examiner: The liars and failures who represented journalism
in 2016.

Christopher Bedford, editor-in-chief, Daily Caller News Foundation: Life is pretty great. I can’t really think of anything I’m not thankful for that wouldn’t come across as basic bitching… I guess I could do without this head cold? When you have a head cold you can’t drink a beer.

CJ Pearson, professional teen journo: The Left and their incessant moaning and groaning about an election they lost. Like pack up and go home.

If anyone else feels like weighing in on this question, write me at Betsy@DailyCaller.com or tweet me at @betsyscribeindc.