Trump and Giuliani announced the news in a press release Friday. “Rudy Giuliani is an extraordinarily talented and patriotic American. I will always be appreciative of his 24/7 dedication to our campaign after I won the primaries and for his extremely wise counsel. He is and continues to be a close personal friend, and as appropriate, I will call upon him for advice and can see an important place for him in the administration at a later date,” Trump said.

Giuliani at one point was reportedly the front-runner to serve as Trump’s secretary of state. He will now remain in the private sector, while serving as vice chairman as Trump’s transition team. 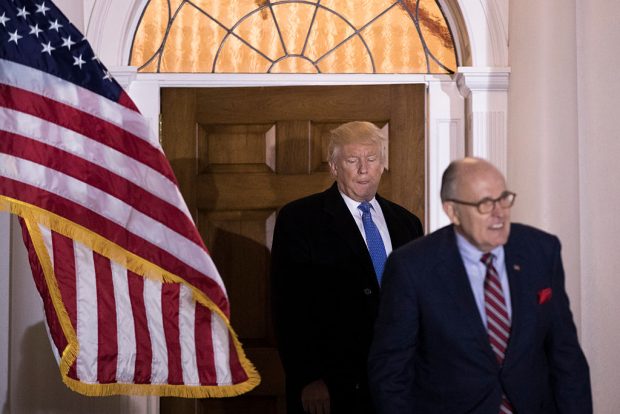 “I joined the campaign because I love my country and because having known Donald Trump as a friend for 28 years and observing what he has been able to accomplish, I had no doubt he would be a great President. This is not about me; it is about what is best for the country and the new administration,” Giuliani said. “Before I joined the campaign I was very involved and fulfilled by my work with my law firm and consulting firm, and I will continue that work with even more enthusiasm. From the vantage point of the private sector, I look forward to helping the President-elect in any way he deems necessary and appropriate.”