Trump Tower in Manhattan is under heightened security as President-elect Donald Trump uses the building as ground-zero of his transition operation, and the businesses surrounding the area are paying the price.

New York City Mayor Bill de Blasio asked the federal government for $35 million, nearly $500,000 a day, for providing security for the president-elect at his midtown office and residence. Trump Tower is located on 5th Avenue between 56th and 57th Streets — a bustling part of the city that sees an extraordinary amount of foot traffic during December.

The area surrounding Trump Tower is now a proverbial dead zone, as medal barriers cordon off interested customers from reaching their business of choice. The typically packed sidewalks are unusually quiet, and so are the restaurants, retailers, and storefronts that surround them. 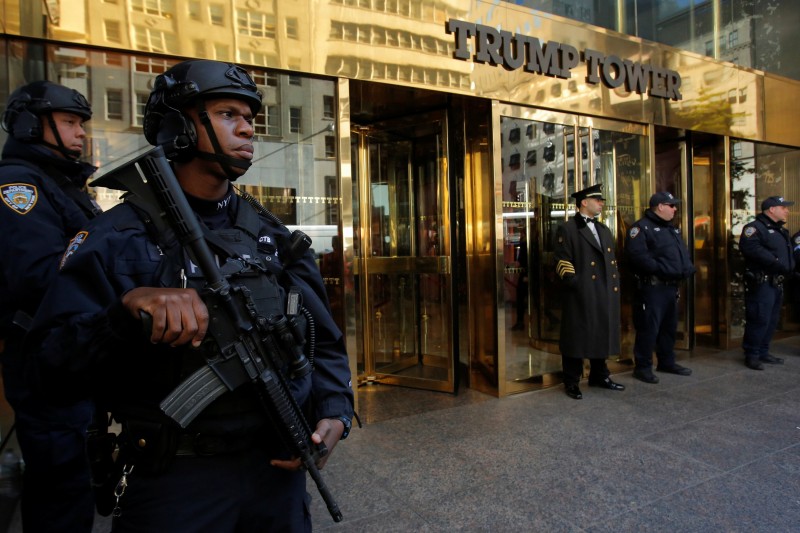 Businesses surrounding Trump Tower are reporting plummeting receipts, decreased revenues, and, as a result, layoffs. New York City Comptroller Scott Stringer reports that almost 50 percent of businesses around Trump Tower are experiencing severe impacts from the security. Some 70 percent reported delivery delays for merchandise as suppliers could not get through security.

One jewelry store owner says that since the block was secured last month, his sales have dropped 70 percent, The New York Post reports.

Many of these businesses report making over a quarter of annual revenue in the holiday season alone. Retailers are expected to rake in as much as $630 billion in sales this holiday season. With lower foot traffic and the Christmas season dwindling away,  suffering businesses around Trump Tower are speaking out.

“Donald Trump’s protection is creating a huge headache for everyone in Midtown, and must not come at the expense of New York City taxpayers,” Councilman Gardnick said in an early-December press release.

“Just as he has a job to do, we have a city to run, and we cannot continue to foot the bill for this.  We are not going to compromise the security of the President-elect, but the feds need to step in and pick up the tab,” the councilman concluded.