Department of Homeland Security officials knew Ohio State University attacker Abdul Razak Ali Artan was a possible recruitment target of Islamic terrorists but granted him asylum anyway, along with his mother and six of his siblings, Senate Judiciary Committee Chairman Chuck Grassley revealed in a letter sent Wednesday to the United States Citizenship and Immigration Services. 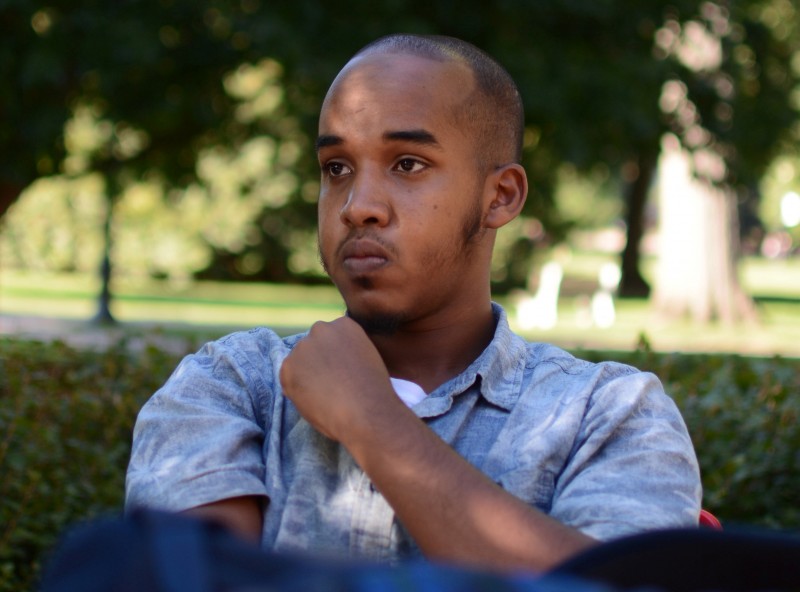 Abdul Razak Artan, a third-year student in logistics management, sits on the Oval in an August 2016 photo provided by The Lantern, student newspaper of Ohio State University in Columbus, Ohio. Courtesy of Kevin Stankiewicz for The Lantern/Handout via REUTERS

While seeking asylum as refugees from Mogadishu, Somalia in 2013, Artan’s mother told immigration authorities that she feared persecution from al-Qaeda affiliate group al-Shabaab, and worried that Abdul and his siblings would be recruited by the terrorist organization if they remained in Somalia.

That knowledge should have lead USCIS officials to “conduct additional questioning better understand ties to a group that the United States designated as a foreign terrorist organization in 2008.” But the additional questioning, which the Committee describes as “common practice” in those situations, never happened.

Artan’s father, according to the letter, had been kidnapped by the terrorist group. According to the Committee, one of Abdul’s siblings did not travel to America with the rest of the family, for reasons left unclear.

Abdul Artan was shot dead in late November after plowing his car into a group of pedestrians before attacking students at random with a butcher knife. ISIS has claimed credit for the attack. In an interview with school newspaper a few months before the attack, Artan complained about the lack of Muslim prayer rugs provided by the university.

A girl is led to an ambulance by emergency personnel following an attack at Ohio State University’s campus in Columbus, Ohio, U.S. November 28, 2016. Courtesy of Colin Hass-Hill/thelantern.com/Handout via REUTERS

“According to sources, Abdul Razak Ali Artan was a lawful permanent resident who originally came to the United States from Mogadishu, Somalia after spending time in a Pakistani refugee camp with his mother, Fatima Abdullahi, and six siblings,” Grassley’s letter reads.

[dcquiz] “According to records obtained by the Committee, the mother sought asylum in 2013 for herself and seven of her eight children because she feared persecution from ‘Militia and Al-Shabaab.’ She also indicated that her husband was kidnapped, and that her children would be kidnapped and recruited by Al-Shabaab if they remained in Somalia.”

“This information should have caused the asylum officer to conduct additional questioning of the older children to better understand ties to a group that the United States designated as a foreign terrorist organization in 2008. Further questioning could have eliminated the possibility that the asylees had dubious ties to the terrorist group and could have allowed for more robust vetting and data collection. However, although common practice in these cases, no additional questioning was conducted.”

Additionally, a press release from Grassley’s office states, “government forms used in the 2013 vetting interview appear to be from the Immigration and Naturalization Service, which was replaced by the Department of Homeland Security in 2002. It’s unclear whether the forms used in the interview excluded certain fields that may have been required in the 2013 version of the forms, leading to an incomplete review.”

Grassley is asking USCIS to provide additional documentation from the interview conducted with Artan’s mother and siblings.

This story was updated with additional information