In the battle of faithless electors on November 19, it was Hillary 5, Donald 2. Yesssss!!! #ImWithHer 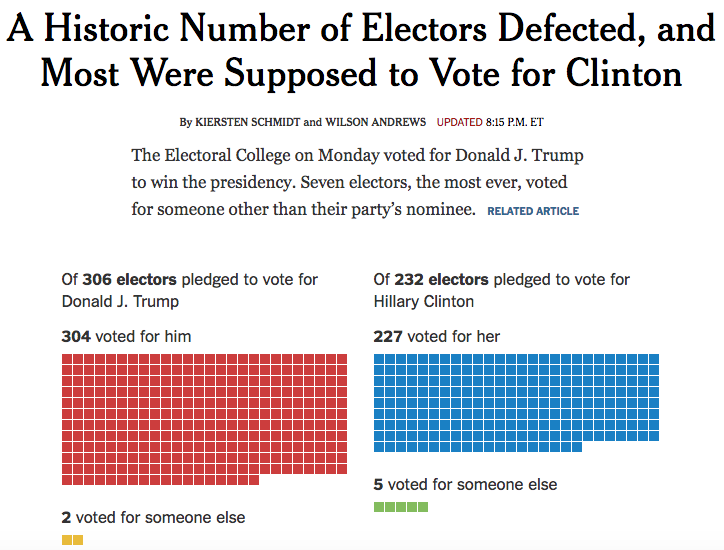 Remember that Martin Sheen video, begging electors to stop the winner who was elected freely and fairly? Remember how Moby and those people you didn’t recognize kept saying, “I’m not asking you to vote for Hillary Clinton”? Well, five Democratic electors listened! Three of them voted for Colin Powell, one went for Bernie, and one voted for Native American activist Faith Spotted Eagle. On the other side of the aisle, Trump lost two electors. One voted for Ron Paul, and the other voted for John Kasich.

Pretty much any of those people would’ve been better presidents than the two choices we were given. And it’s too late now.

Did you see who was faithful, for the first time in his life?

Bill Clinton tears up after electoral vote: "I never cast a vote I was prouder of" https://t.co/nThKMd7836 pic.twitter.com/NjblanbR6D

Those were tears of joy. After decades of agony, he no longer has to pretend to love that woman.

It doesn’t matter. It’s over.