The Smithsonian National Gallery’s East Building, or the modern art museum, is in full swing once again. About $30 million has been spent on updates, like a rooster garden on the roof. Even more was spent on repairing the facade, which, having rejected a thousand years of architectural wisdom, began to fall apart after only three decades.

To commemorate the event, I brought a classical Catholic architect, reformed modernist, professor and former punk rocker, James McCrery, around the building for a look-see. An apostate of sorts, McCrery rebelled under the apprenticeship of renowned modernist Peter Eisenman, going on to study classicism under Allan Greenberg before launching his own architecture firm 10 years ago. Today, he specializes in churches, but his rooms grace the Supreme Court and his sculpture, the U.S. Capitol.

Inside, we found absurdity, occasional beauty, and a few interesting things. Take a look: 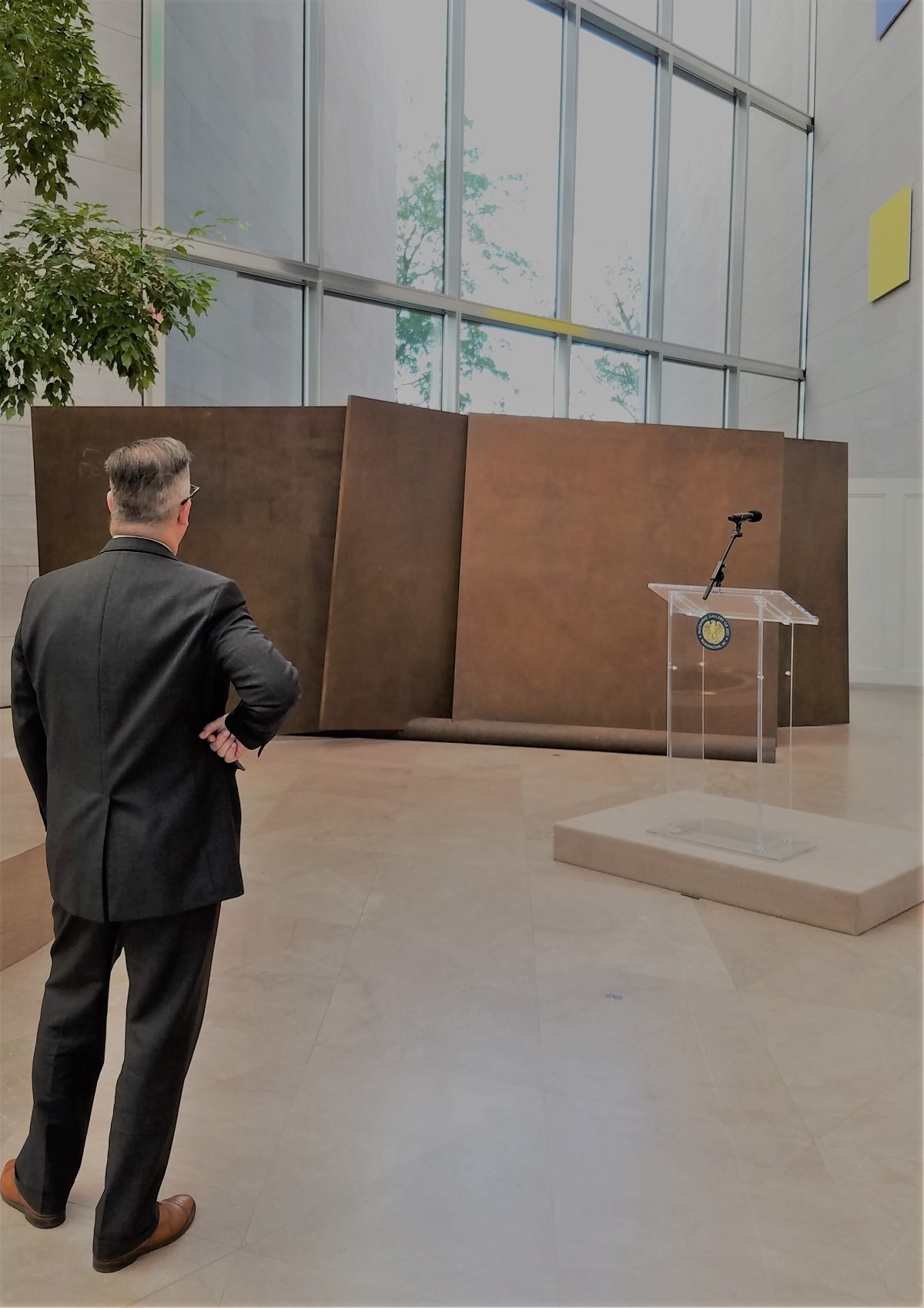 What appears to be a perfectly nice window blocked by unsightly highway construction is, in fact, a work of art by the thoroughly serious Mr. Serra. It is among the first things we see after leaving the information booth. Hot-rolled steel, it is exceptionally heavy, denying a dozen critics the ability to budge it one bit. 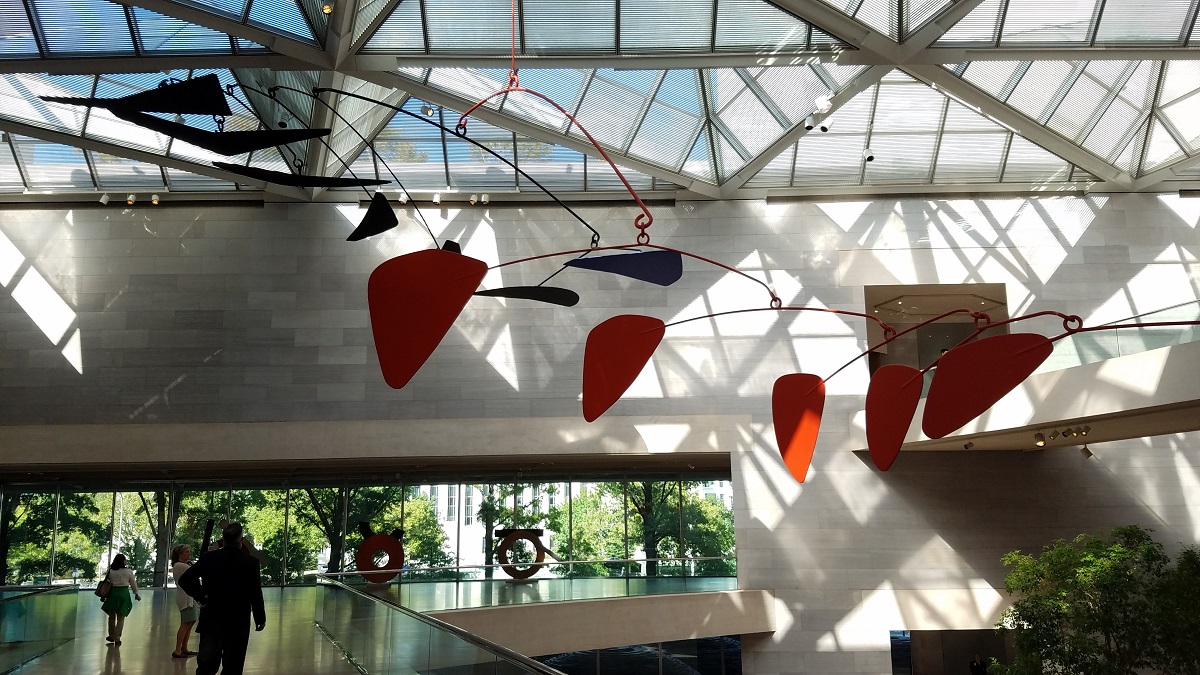 Old visitors will recognize this permanent display, as will citizens of Boston, whose city has been unnecessarily decorated with a number of rusty mobiles. It’s an impressive work of balance, long surviving the motor that once twirled it wispily in circles and whose repair was apparently not budgeted in the millions spent. Today, its heavy pieces shift listlessly to the wonder of modern air conditioning. 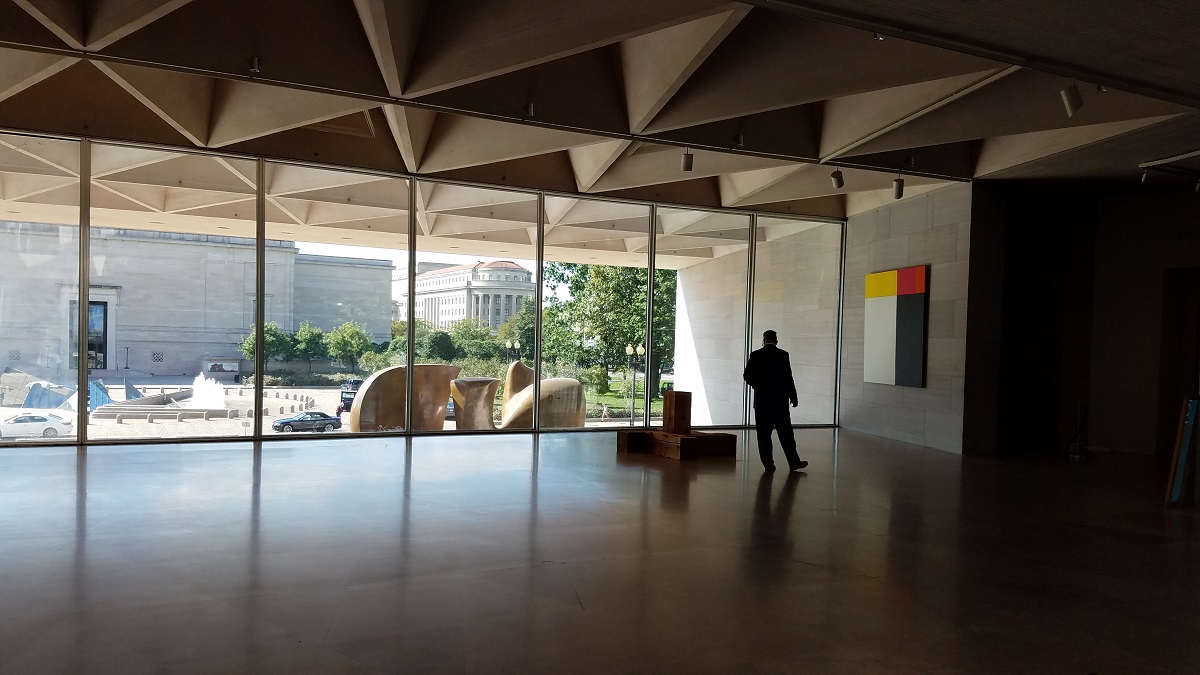 “The Way” might look like “a folk-art swastika,” McCrery comments, but in the larger view, it appears to continue the theme of construction materials left behind after nearly $70 million in repairs and upgrades.

4. Tony Smith’s “Die” will take your life away. 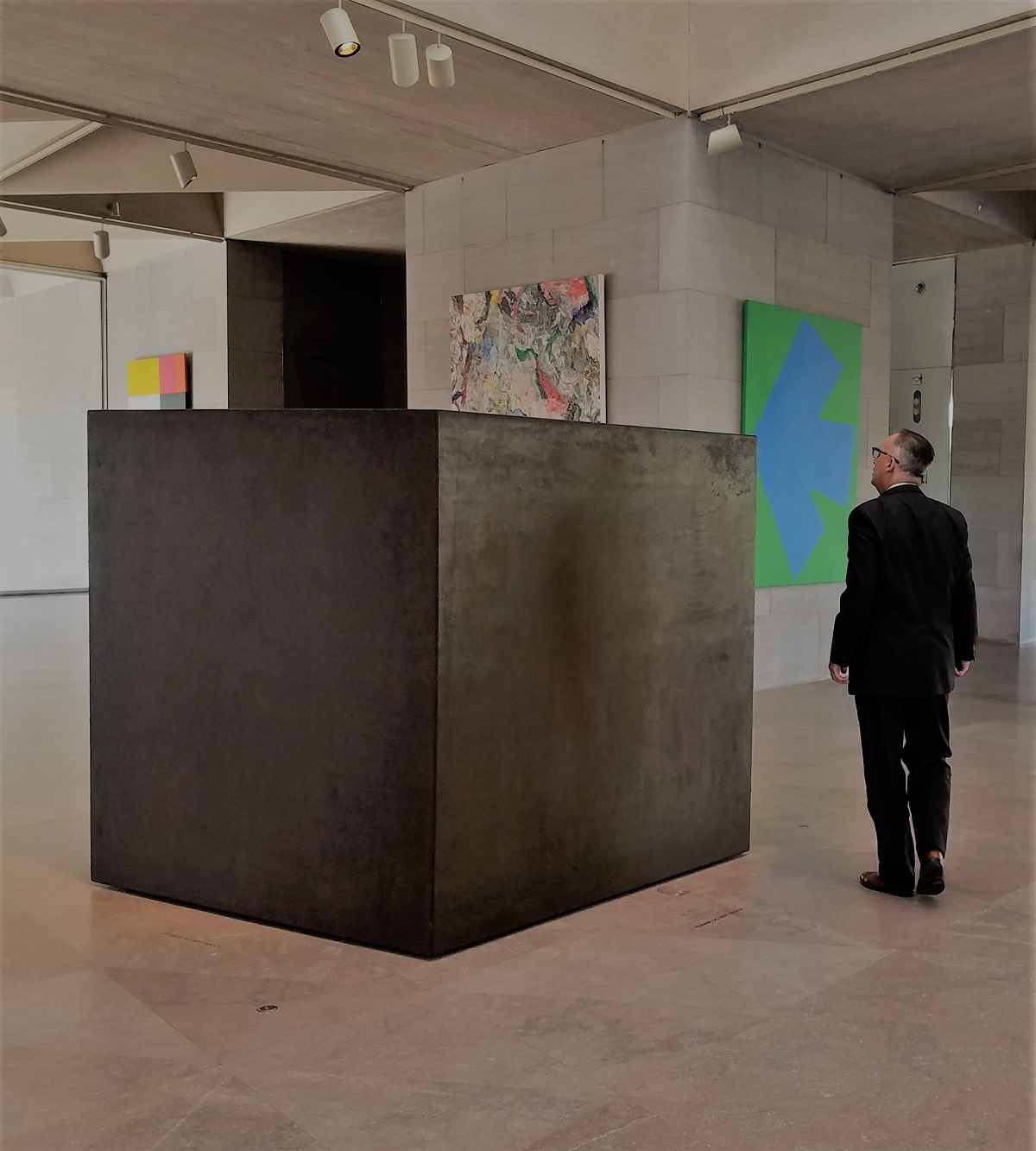 Not to be outdone by the wooden compass, a block of bronze in the shape of a die, helpfully titled the same, takes up 35 square feet. 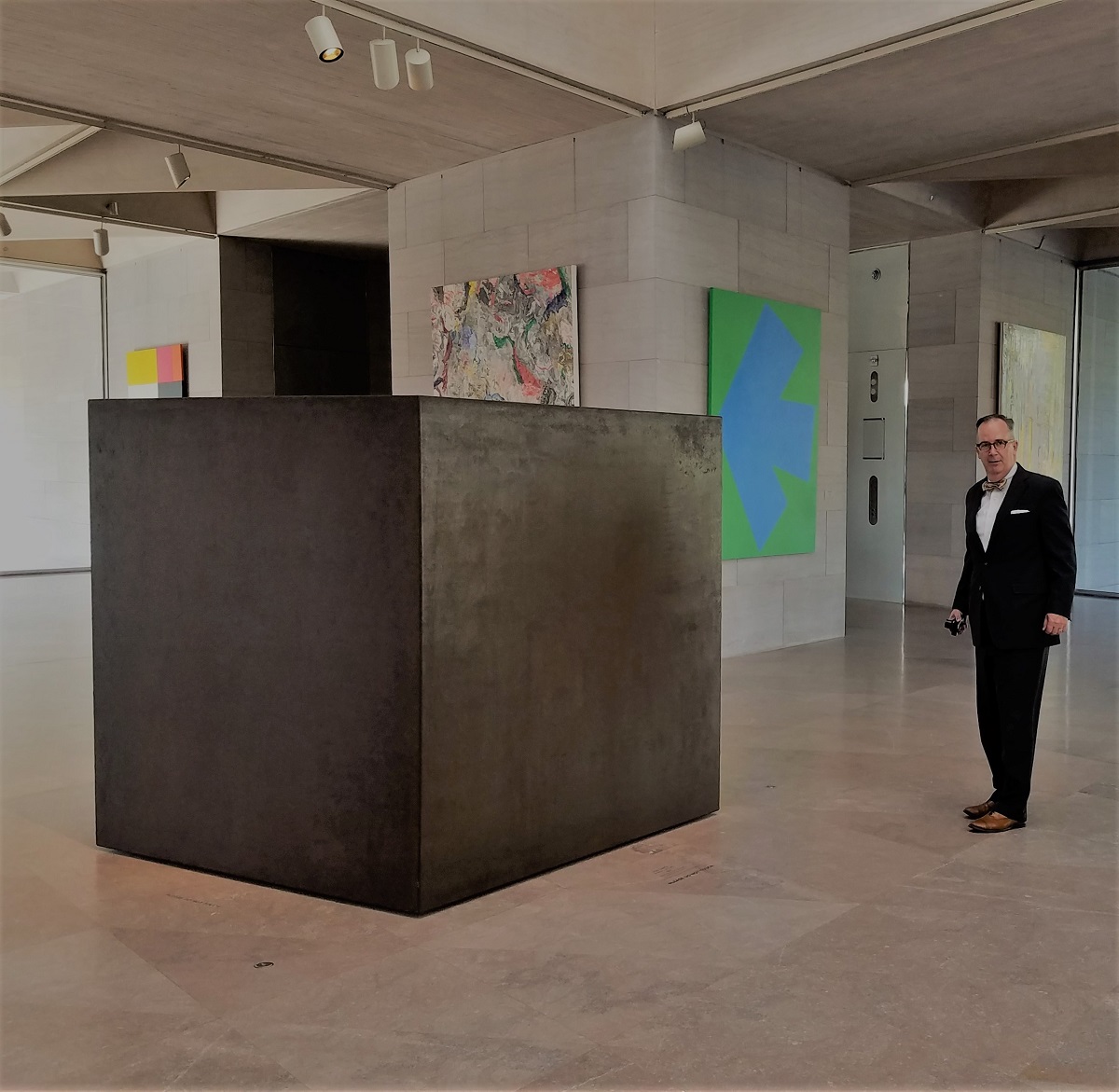 “The lobby is full of lobby art,” McCrery, who also teaches at Catholic University, mourns. “Could have been curated by Howard Johnson.” But beyond the art appropriately misadorning the lobby, hang some truly beautiful works, peppered with interesting — if not uplifting — pop art. 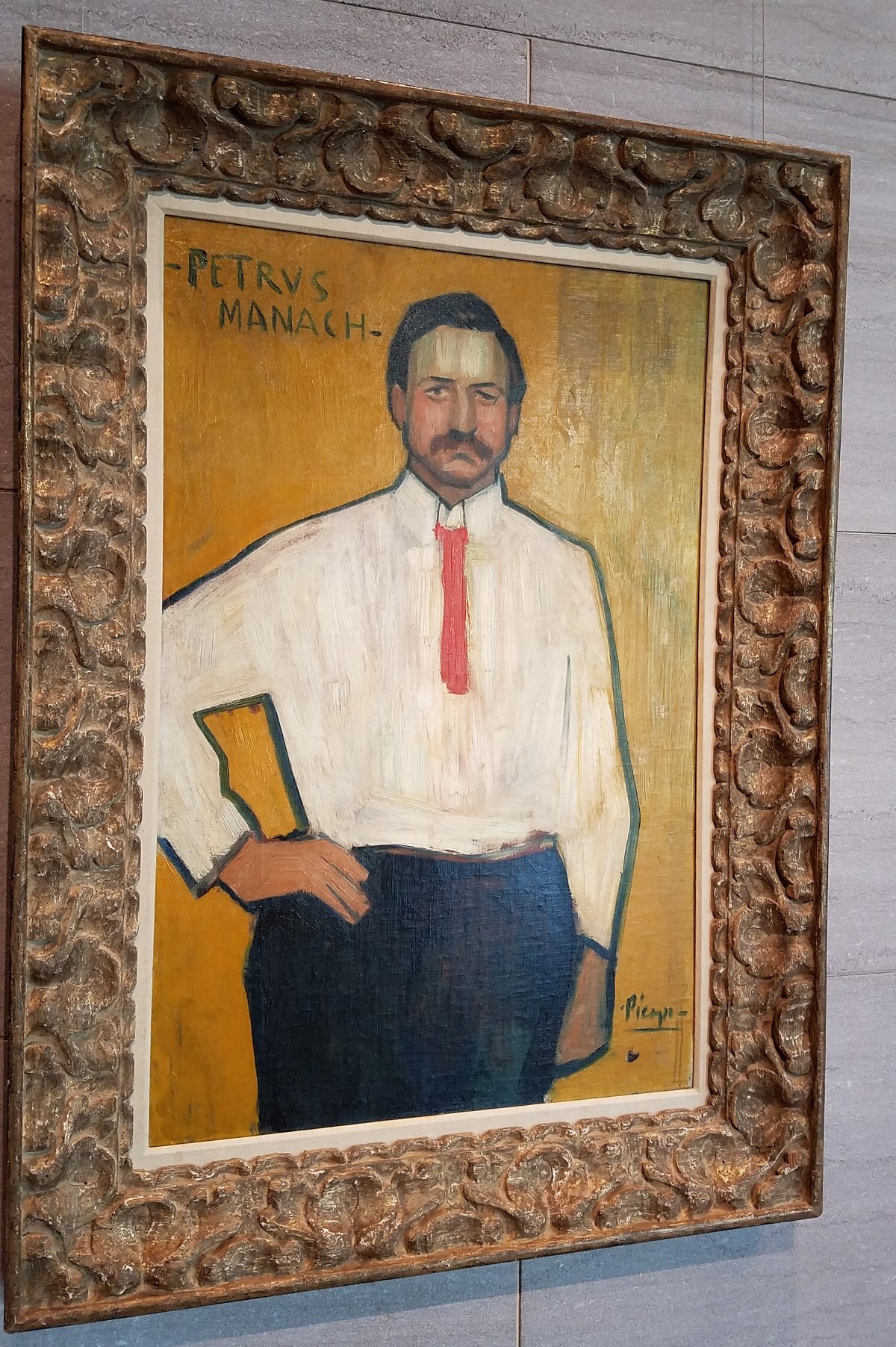 Up a set of cheap-looking, undoubtedly expensive staircases that could have been inspired by a cruise ship, we found what followed. 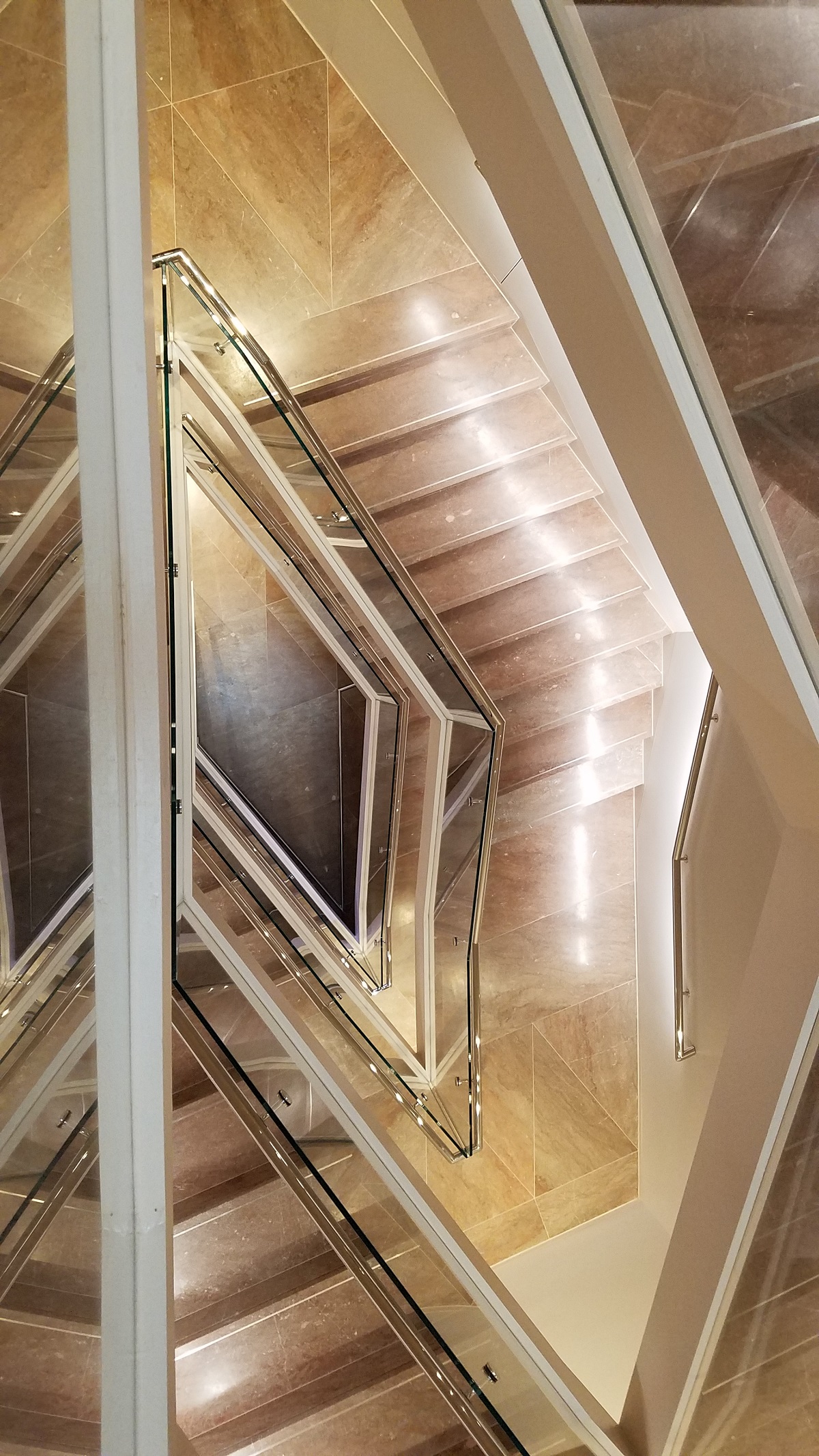 Staircase in the East Wing. 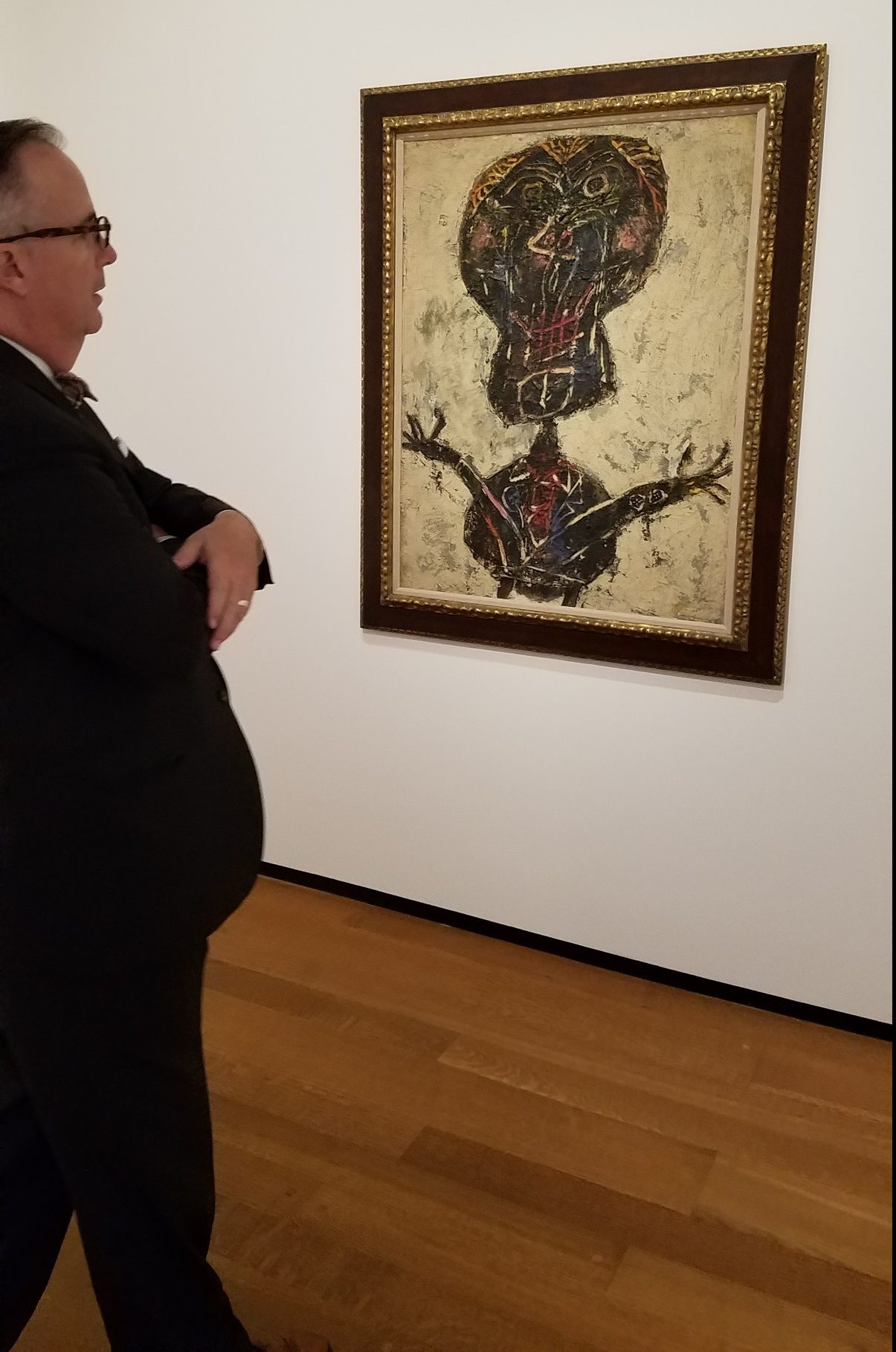 If there was any doubt the Germans broke Western civilization twice (third’s the charm), take a look at the face of European art in 1947.

7. His “Building Facades” from the year prior continues the theme, showing Paris as it likely felt in 1946. 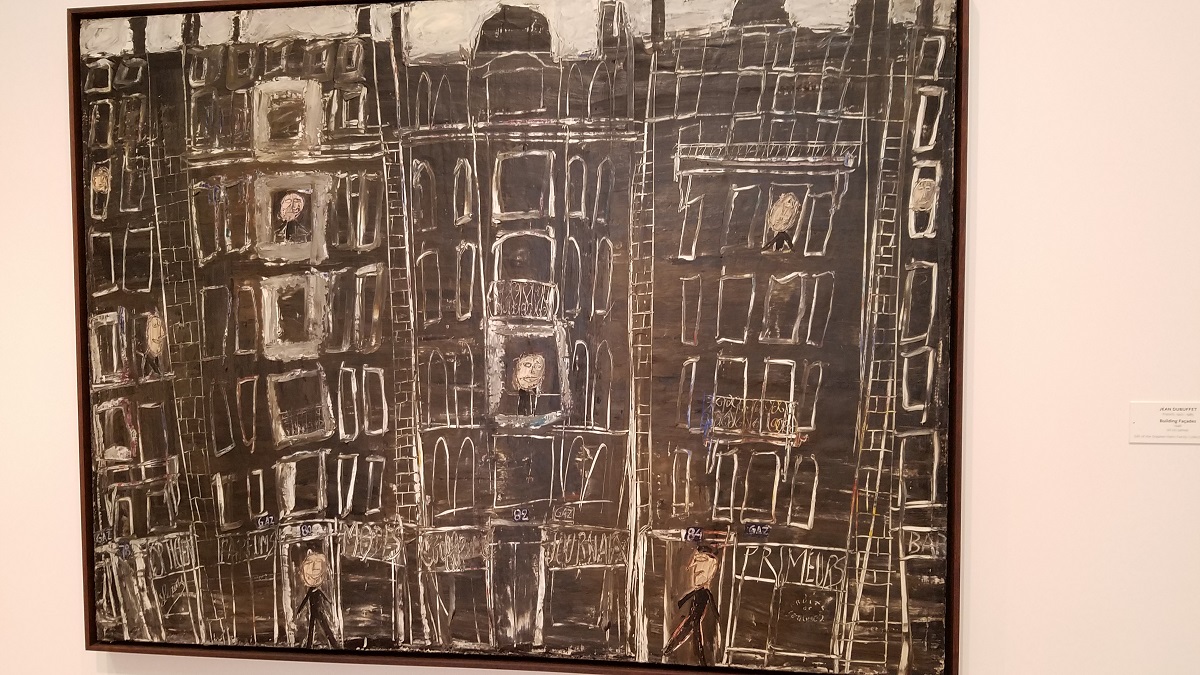 “There was sadness in Paris,” McCrery says, “But it’s an artist’s job to lift up and inspire.”

With Christ to turn to, our art was even beautiful in the painful Middle Ages. 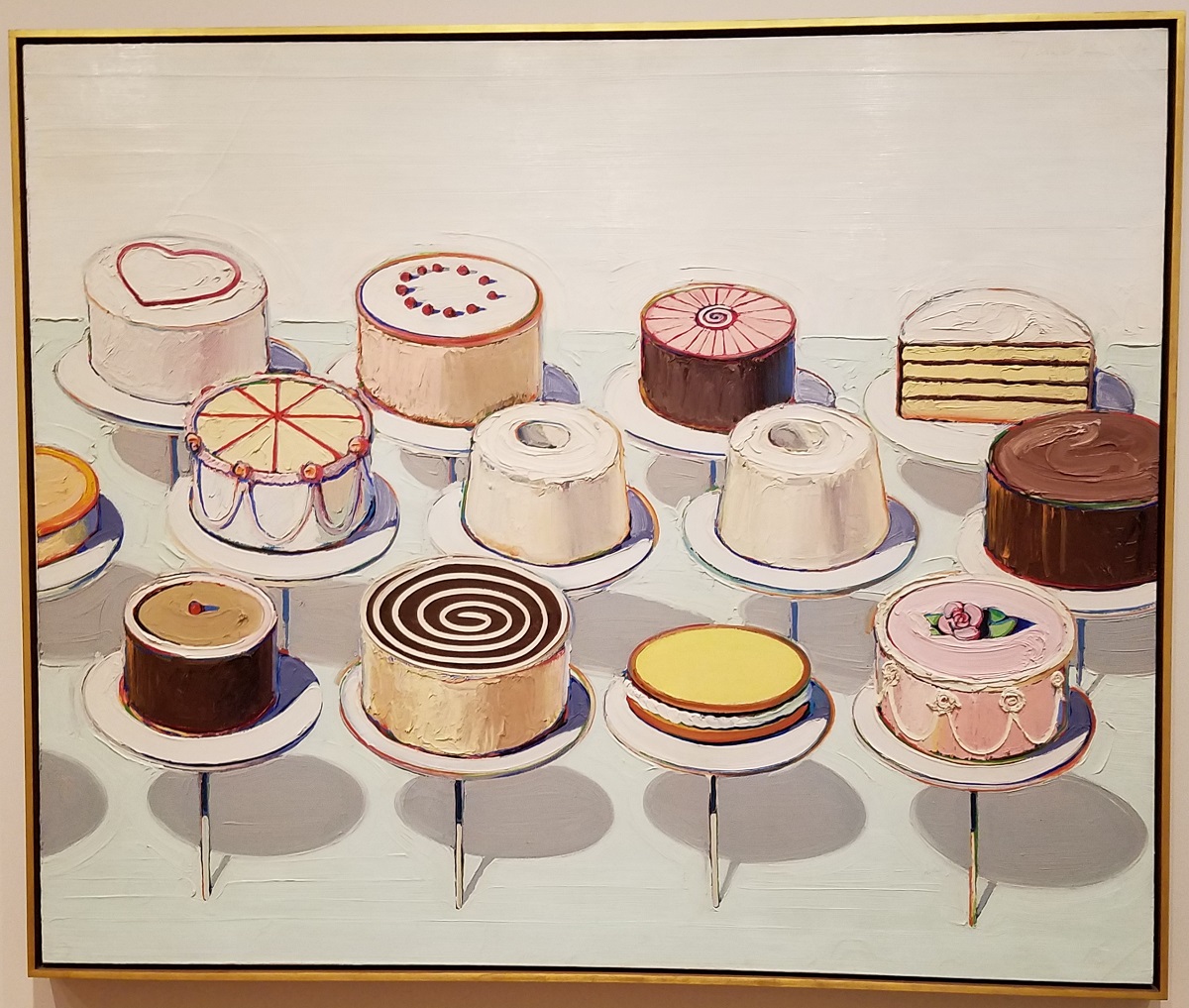 On the way forward, we encountered a tasty focus on texture — or technique — over beauty, with delightful results if your aim is to decorate a bakery. 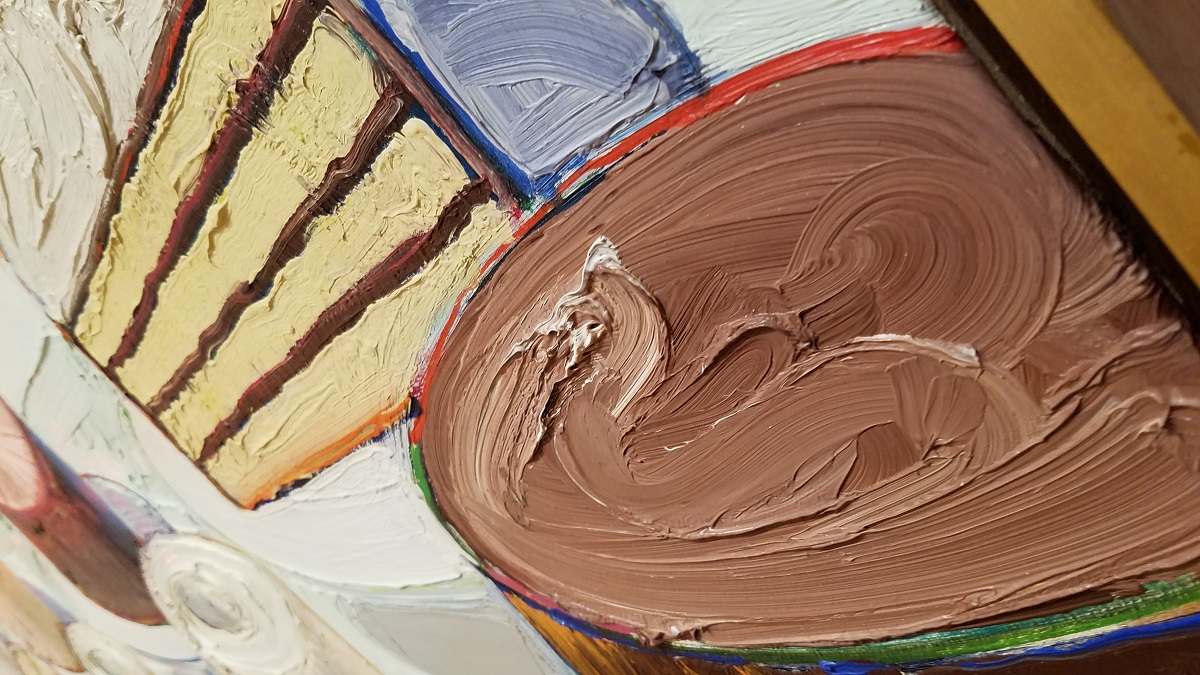 This, of course, beat out the glass-counter displays next-door: 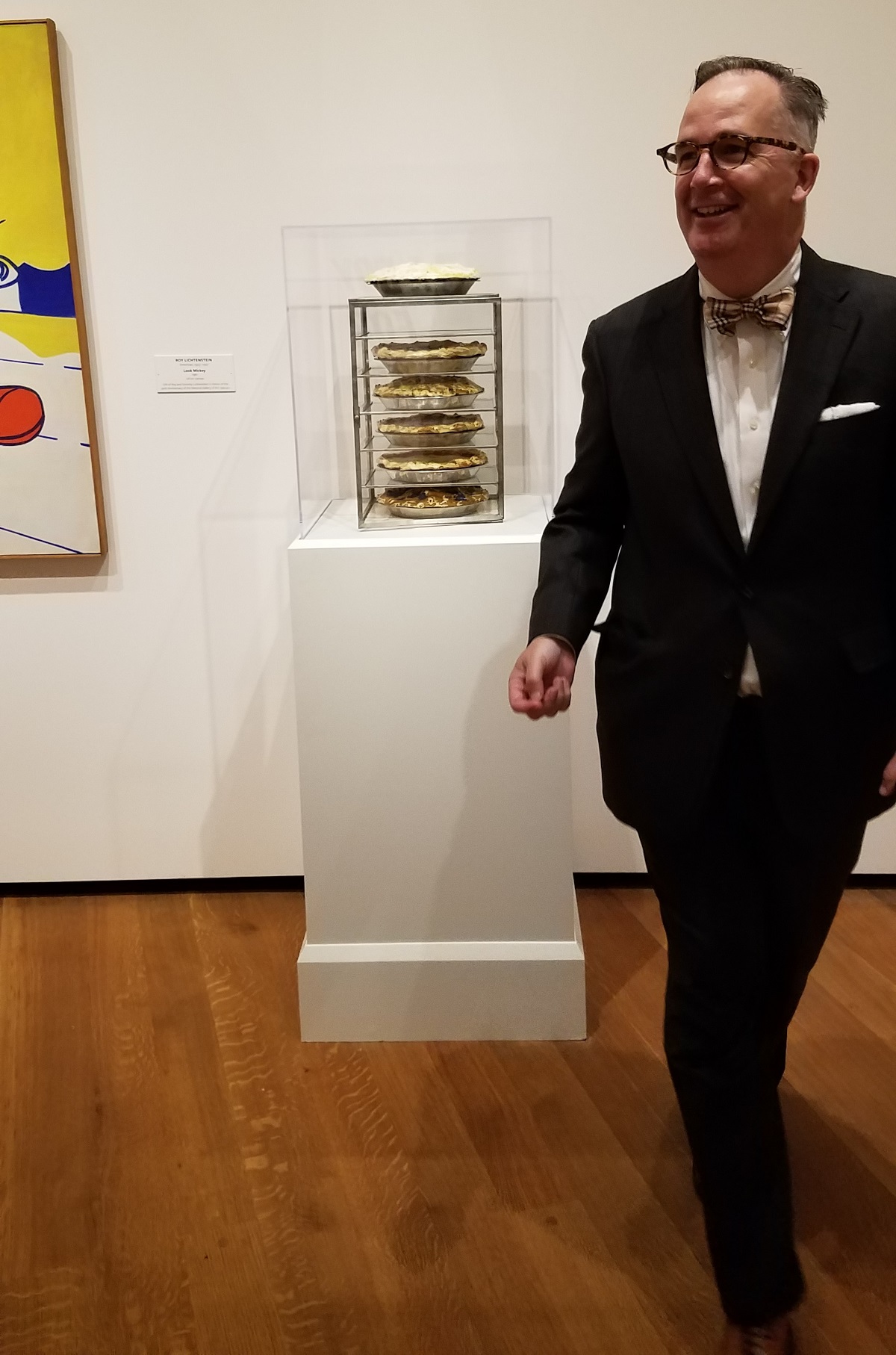 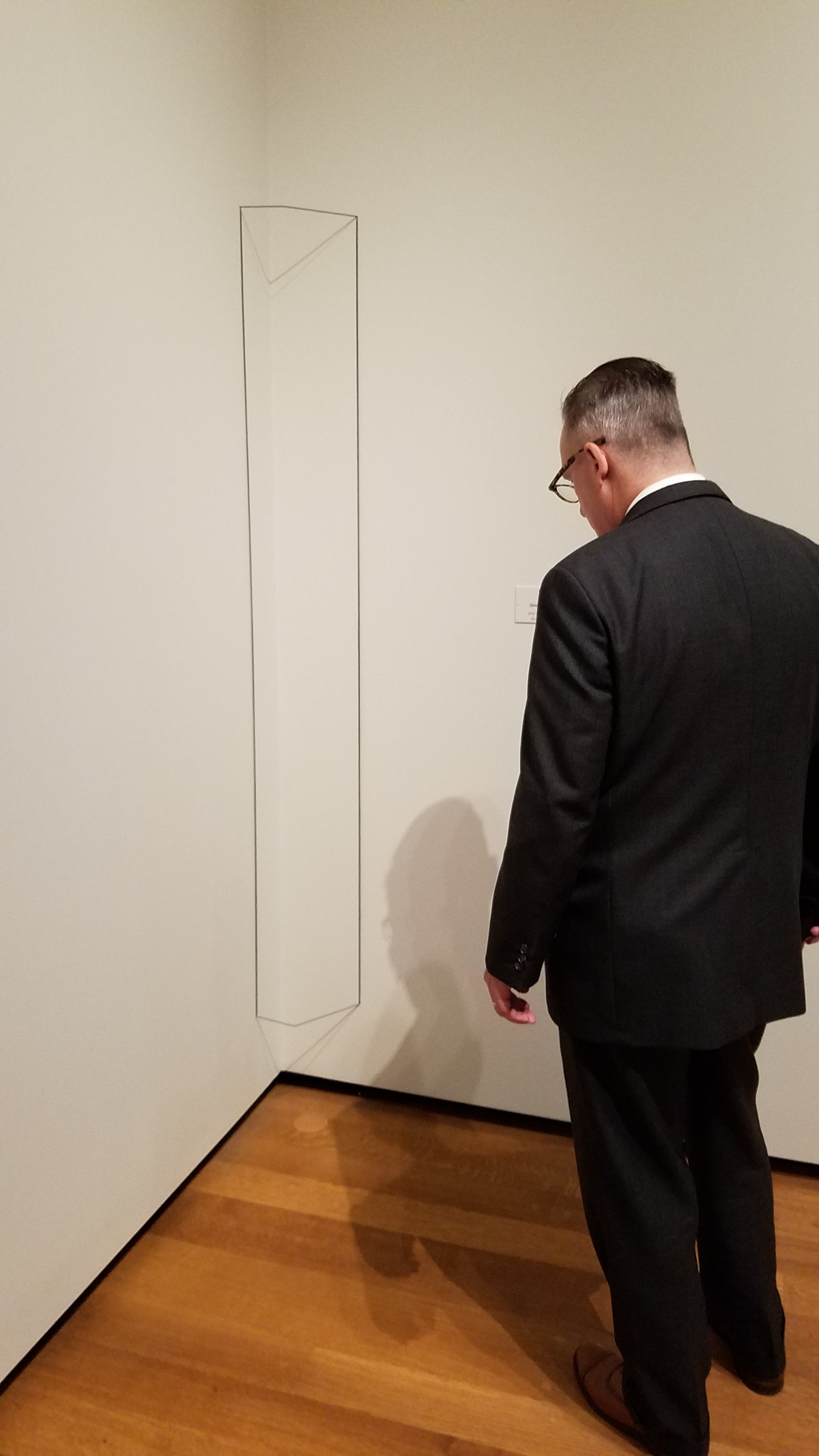 “If this were in a house you bought, you’d want it removed,” he says, scanning the sculptures. And we’re just getting started. 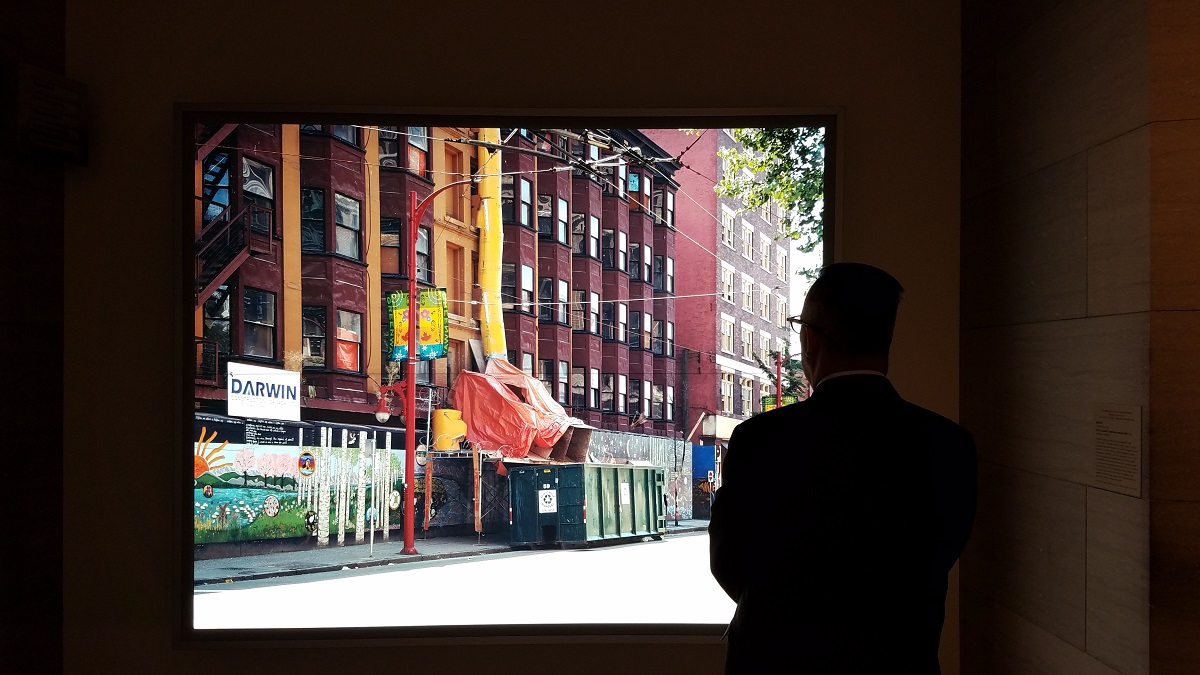 “How very meta of you,” McCrery feigns. “A photo of a photo. But he sold it. It’s as if artists exist to prove someone is stupider than they are.”

But then, when room after room it looked like the Germans had ruined the world forever, a glimpse of light, barely visible to the then-nearly blind artist catches McCrery’s attention.

12. Henri Mattise is back on display, with the paper-on-paper cut outs he’d used with the help of an assistant once his sight had begun to fail.

Without a sharp eye, he returned to his roots, working with patterns.

13. Barnett Newman’s fourteen “Stations of the Cross” are well-suited to number 13, lacking any Christianity at all.

14. But if you are a fan of Mark Rothko, you really must come anyway. 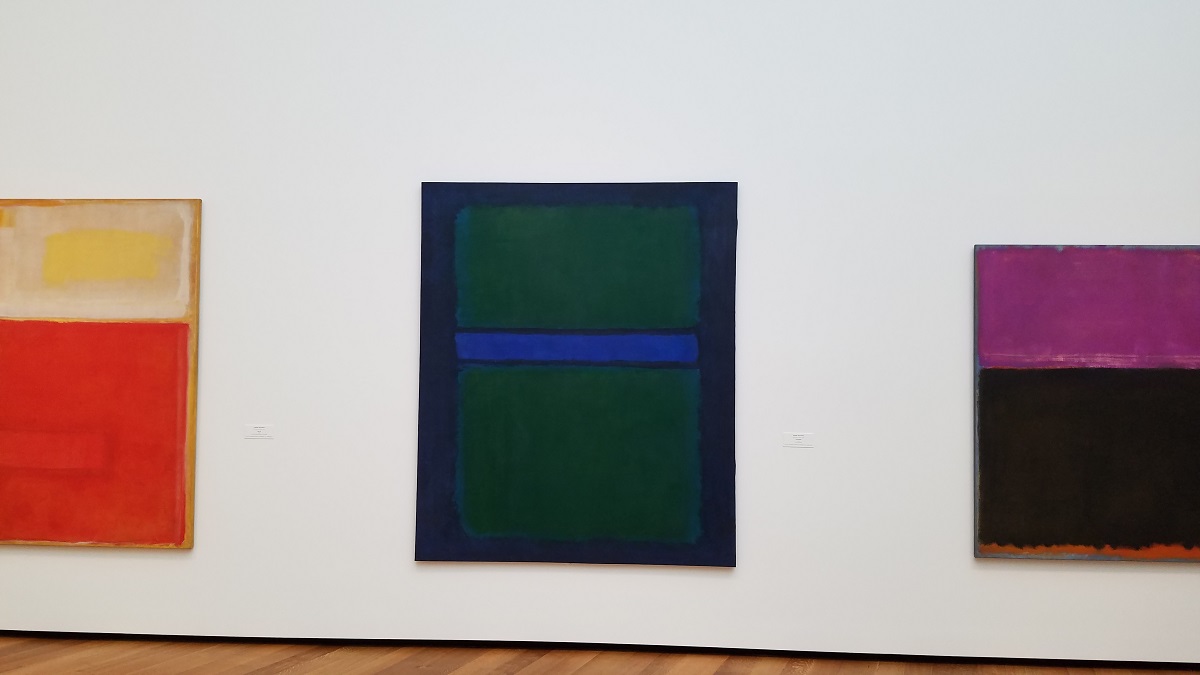 “If you have one of them, it’s a blob,” an impressed McCrery comments. “If you have this many, it’s a collection.”

And then to the roof, where you can host quite the cocktail party if you don’t mind the company of a giant bird. 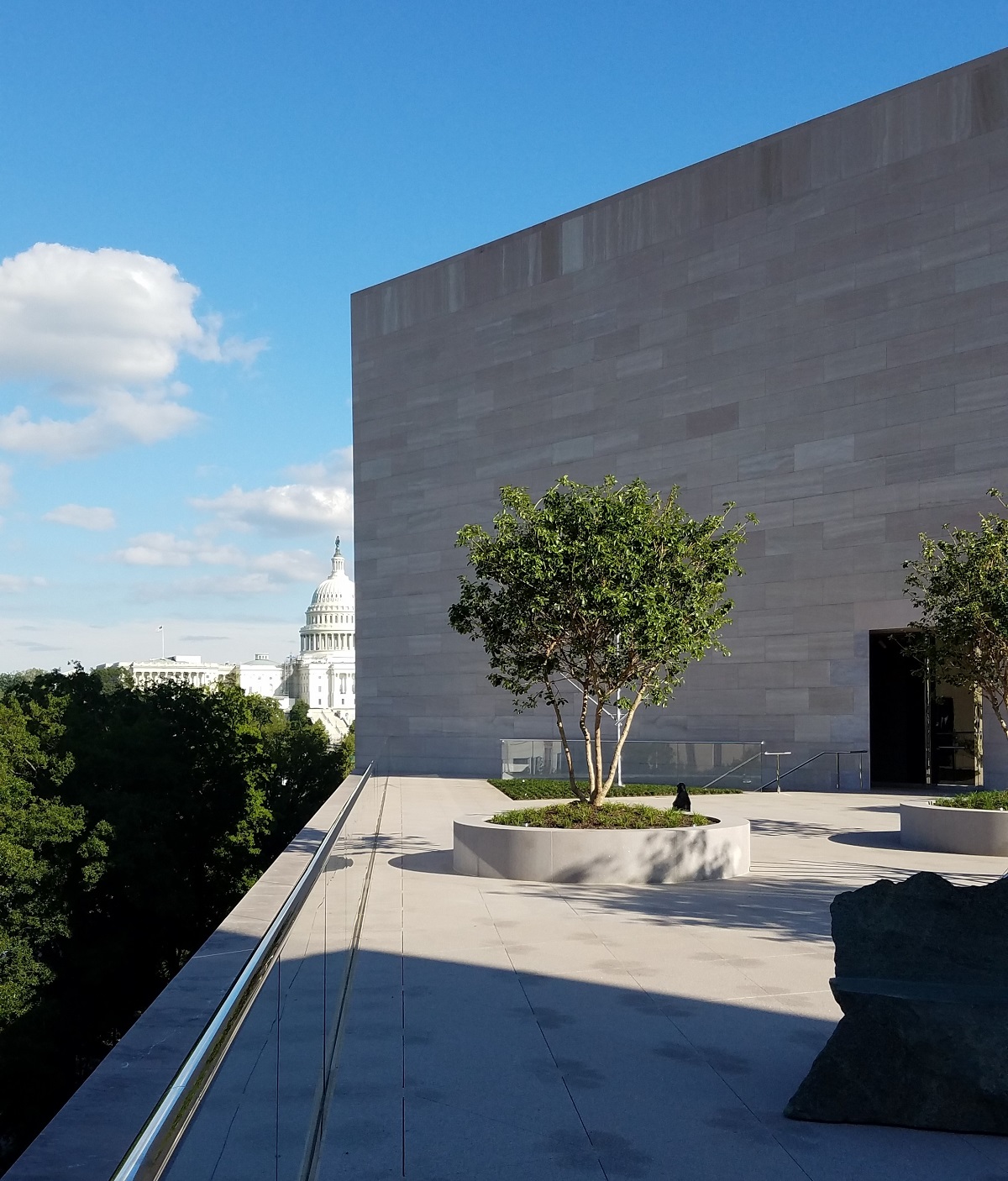 The roof of the redone East Wing. 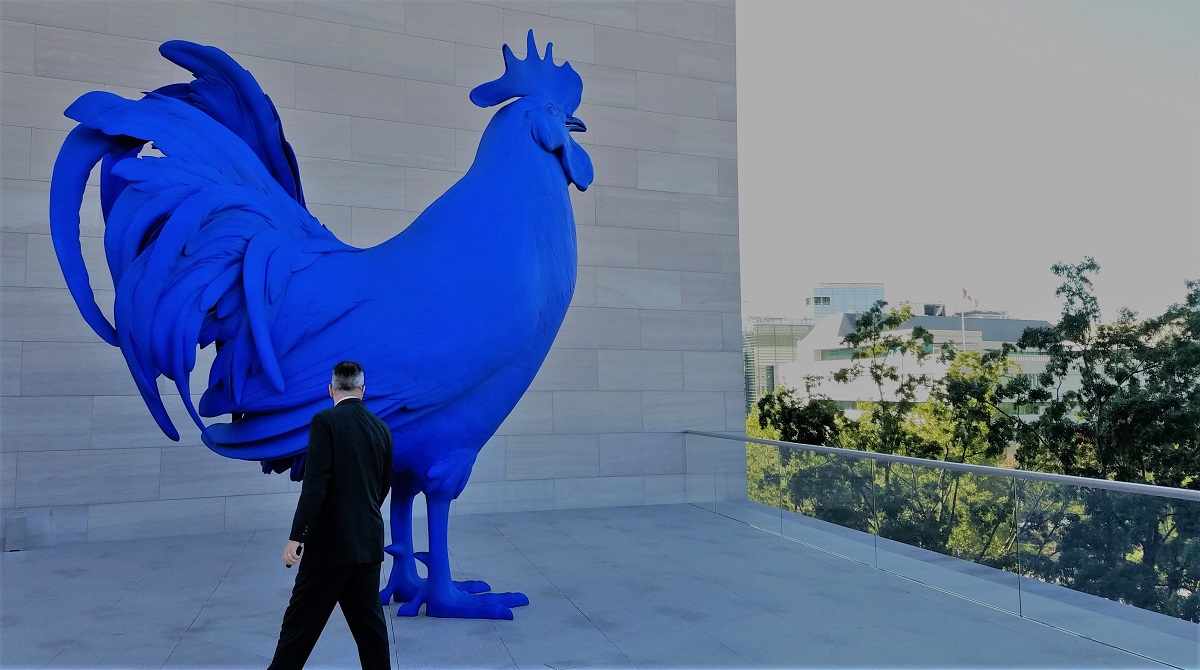 In case you were wondering if Washington was ahead or behind in the culture game, this blue rooster was previously displayed on Trafalgar Square. “How distinguished.”

It’s worth an inspection. 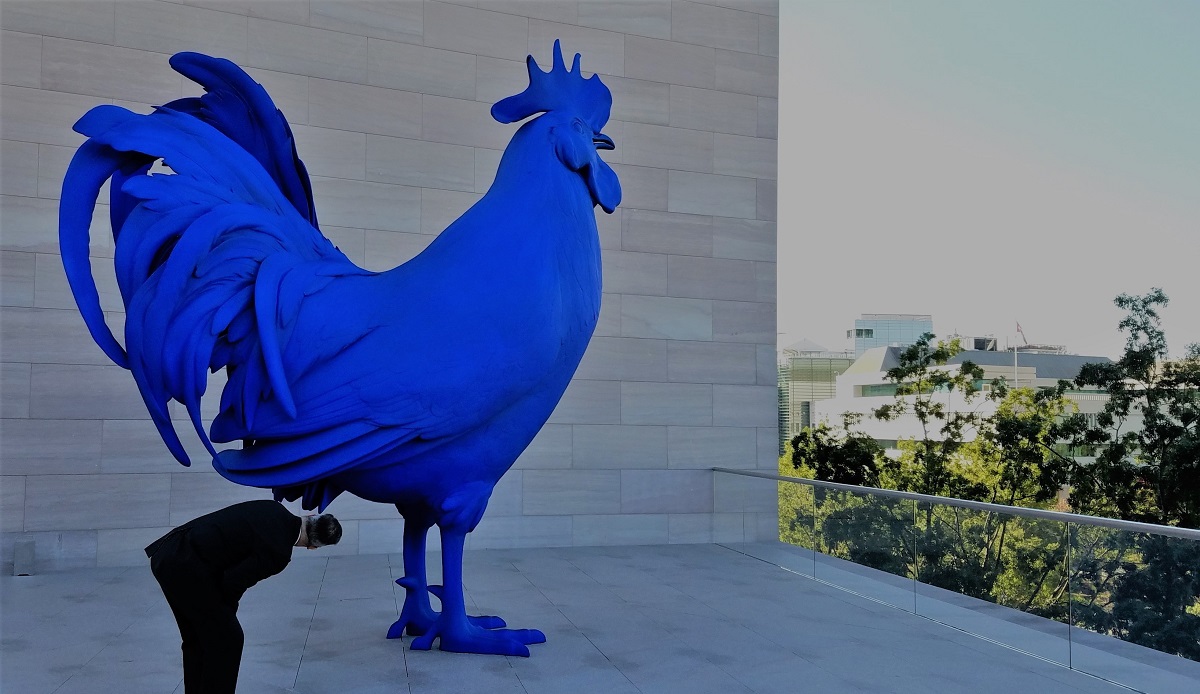 16. Having climbed so high in the renewed building, don’t miss the Calder room. 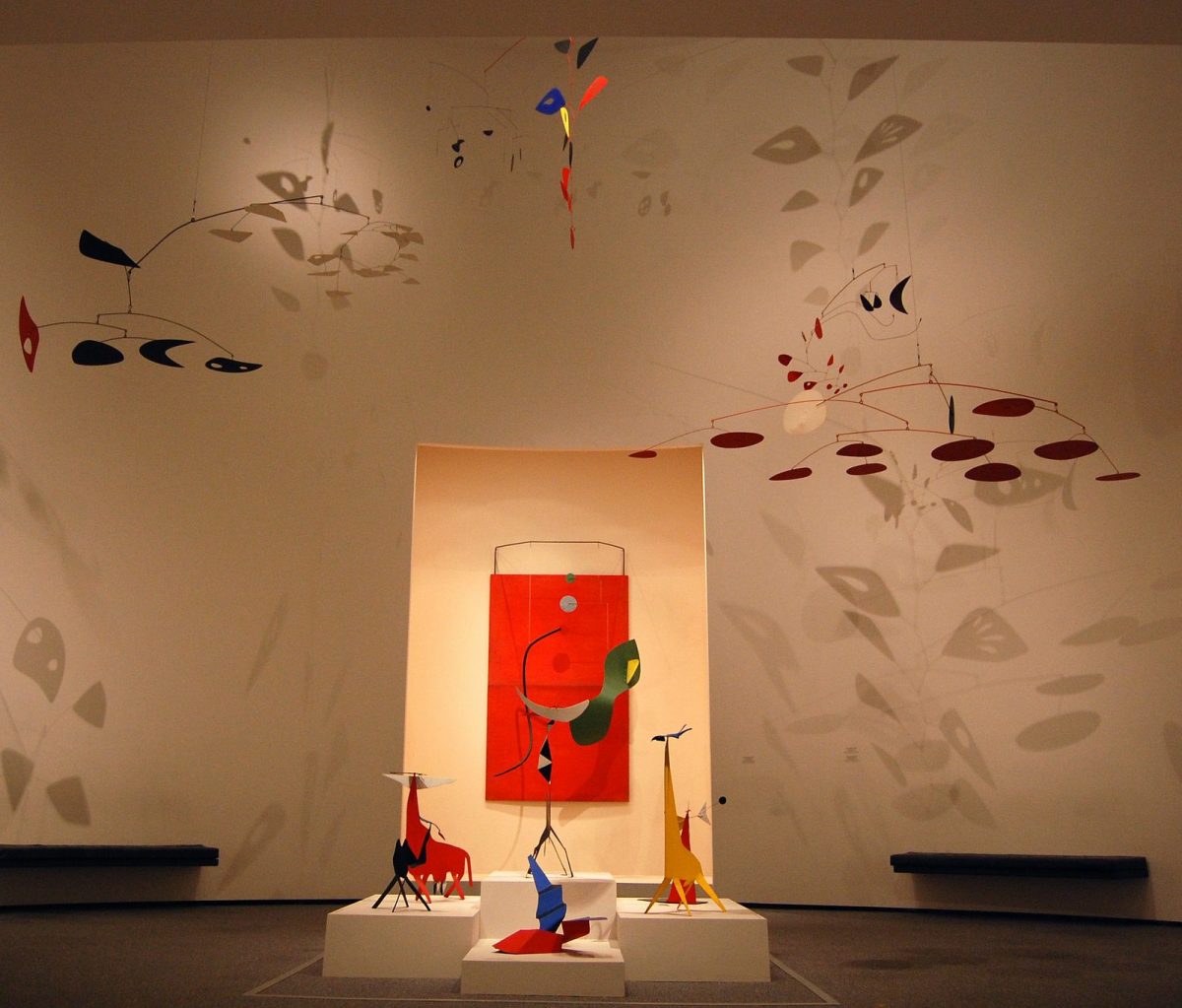 A wonderland of shadows, balance and fantasy, it’s like if F.A.O. Schwartz had built a museum to Isaac Newton. “The big thing out there in the lobby is a cartoon,” McCrery says. “These… Dr. Seuss should be so creative.”

If you’re a fan of the classics, focus on the other side. But “if this museum is from a curatorial standpoint, it’s damn impressive.”