Members of Mariah Carey’s team are alleging that her New Year’s Eve performance was sabotaged for ratings.

Carey failed to complete her set Saturday for Ryan Seacrest’s “New Year’s Rockin’ Eve” special. After awkwardly walking around the stage for several minutes attempting to lip sync some of her old hits, she removed her earpiece and called off the show. Now, drama surrounding the botched performance is heating up. (RELATED: Mariah Carey’s Disastrous New Year’s Eve Performance)

Nicole Perna, a publicist for Carey, told Billboard magazine Sunday that Carey had rehearsed and was taking the show “very seriously.”

Perna then said that Carey simply couldn’t overcome the show’s production crew, which she claimed had “set her up to fail.” 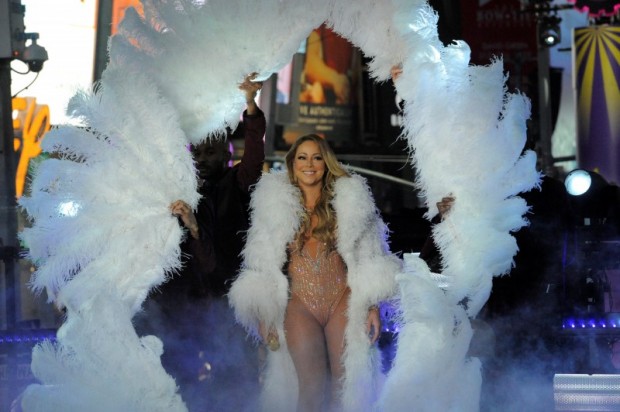 People close to the veteran singer also told TMZ they believed Dick Clark Productions — the company behind the annual holiday show — intentionally “sabotaged” the performance in hopes of drumming up publicity.

Carey reportedly had issues with multiple earpieces, her microphone and her teleprompter. She reportedly raised the issues with producers before going onstage, but was assured the issues would be resolved. Mariah Carey Was So Close To Having A Nip Slip That She Had To Use HER HAIR To Cover Up

Dick Clark Productions acknowledged the technical issues, but fired back with a statement: “As the premier producer of live television events for nearly 50 years, we pride ourselves on our reputation and long-standing relationships with artists. To suggest that [we] would ever intentionally compromise the success of any artist is defamatory, outrageous and frankly absurd.”