The Department of Homeland Security announced Wednesday that Temporary Protected Status (TPS), which protects people from certain nations from deportation, has been extended for two years for Yemeni immigrants.

The Middle Eastern country is currently embroiled in a civil war with Iranian-backed militias fighting the Saudi Arabian-supported government. Yemen has had TPS since 2015 and the announcement Wednesday extends their protection through Sept. 3, 2018.

TPS beneficiaries are not eligible to receive lawful permanent resident status or a “green card,” but they can live in the U.S. free of risk of deportation, and receive work permits, drivers’ licenses,access to certain welfare programs, and social security.

TPS is an a form of executive amnesty and administered through the DHS and can be continually renewed. Some Somali TPS beneficiaries have been in the U.S. for more than 20 years, according to the Migration Policy Institute. Eligibility for TPS is also very lenient — an illegal immigrant who arrived from Yemen Wednesday would be allowed to receive it. 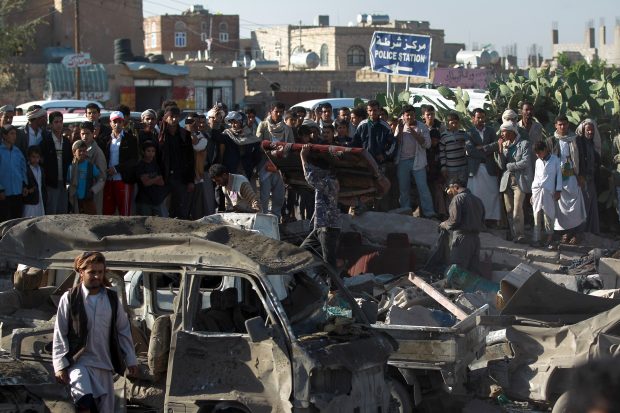 Yemenis stand at the site of a Saudi air strike against Huthi rebels near Sanaa Airport on March 26, 2015, which killed at least 13 people. Saudi warplanes bombed Huthi rebels in Yemen, launching a military intervention by a 10-nation coalition to prevent the fall of embattled President Abedrabbo Mansour Hadi. MOHAMMED HUWAIS/AFP/Getty Images

President-elect Donald Trump did not mention TPS on the campaign trail, but as it is administered through the executive branch, he could easily reverse current policies.