Washington, D.C.–Weed aficionados from across America gathered near DuPont Circle in Washington, D.C., for the #Trump420 rally on Inauguration Day 2017, toasting the incoming president by smoking thousands of joints.

“It’s a great day to be a pothead,” Caleb, whose friends call him “Mr.Hog,” told The Daily Caller News Foundation as he rolled a joint. “I guarantee you ten years ago everyone would be locked up in the back of the paddy wagon but now I’m here on the side of the road rolling up a J and it’s fine.” 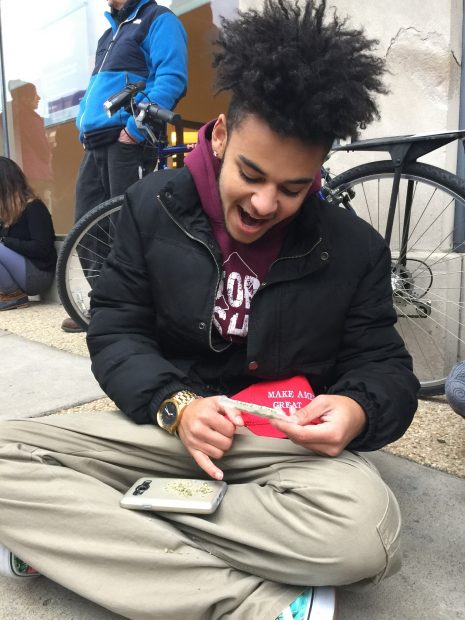 Smoke filled the streets, as thousands waited in a line that stretched for nearly six city blocks for one of over 4,200 free joints rolled by the D.C. Cannabis Coalition. “It’s sativa, so don’t worry about getting tired when we light up at the speech,” one of the leaders of the rally says over a loudspeaker. “The goal was to get to 8,400 joints, but I’m not sure we made it that far.”

Sativa is a “daytime” strain of marijuana, known for preventing the lethargic hangover associated with the more prevalent Indica strain. 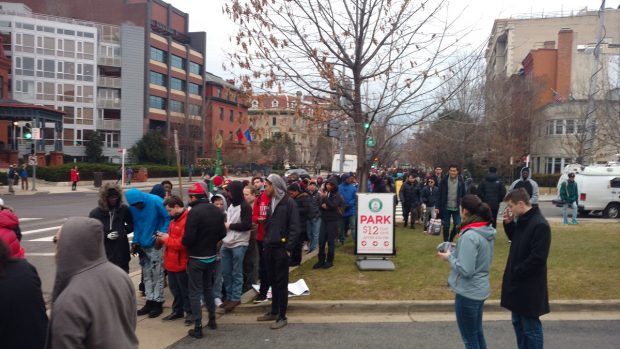 People wait in line for a free joint. (Steve Birr/TheDCNF)

The group kicked off the day in DuPont at 8 a.m. with coffee, tea, donuts, and, of course, a little pot. From there, they will move to the National Mall at 10 a.m., where they will light up exactly 4 minutes and 20 seconds into President Trump’s Inaugural address. 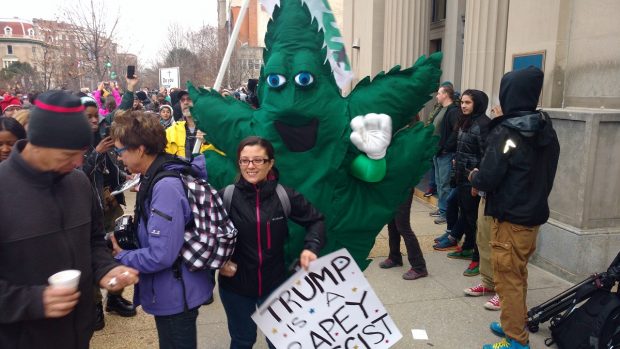 The rally attracted a diverse group of marijuana supporters, advocating everything from expanded medical use to federal legalization of recreational pot. One advocate relies on CBD oil to treat her 9-year-old daughter’s severe epilepsy.

“When all opiates don’t work, and my daughter is still seizing, and I have a choice between life or death, I’m going to use the cannabis,” Don Lee Carty, a CBD treatment advocate, told TheDCNF. “She’s 91 percent seizure free today, and that’s 10 months.”

Carty felt compelled to join the #Trump420 rally to speak on behalf of parents across the country, whose children suffer from debilitating conditions other medications fail to adequately treat. Carty says she is “the voice for those mom’s who don’t know what to do. It works and your kid doesn’t go to school high, they don’t have the horrific side effects.”

“Jeff Sessions feels that everyone who uses cannabis is a bad person, does that make my 9-year-old daughter a bad person because she has to medicate to reduce her seizures,” said Carty. “Medicating with CBD, my daughter has confidence now. If we are trying to make America great, its time to start educating and be open for education. Children are living because of this, families are getting their lives back together because of cannabis.” (RELATED: What Trump’s Cabinet Appointments Could Mean For Marijuana In America) 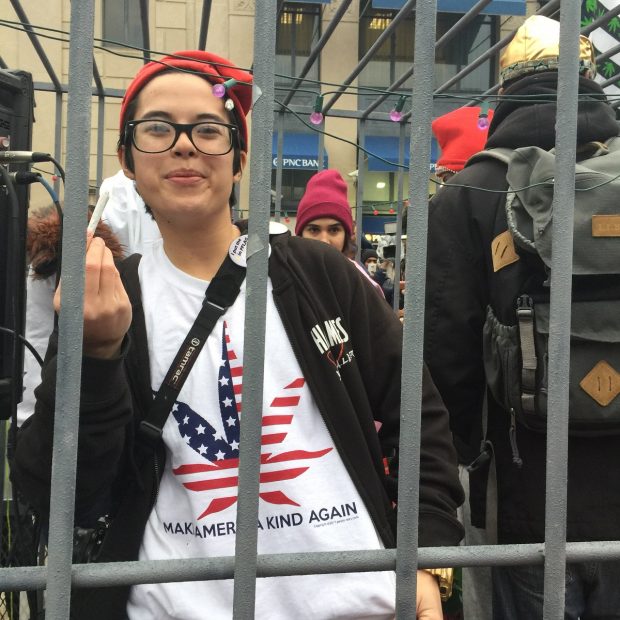 Sessions is a staunch opponent of marijuana reform, and some activists worry his appointment may lead to further raids in states where marijuana is legal. Sessions fielded several questions on federal marijuana policy during his confirmation hearing, but his answers did not go far in clarifying whether he will be adversarial to states with legalization laws that contradict the federal government’s stance.

Proponents of medical marijuana and research into the drug’s viability for pain treatment also had a strong presence at the rally.

“Let’s move on from prohibition,” Nick, a wheelchair bound advocate with Delaware NORML, told TheDCNF. “I am a cardholder. I have a lot of muscle spasms and post traumatic stress that I deal with from a motorcycle accident. It takes the edge off, just a casual thing you do with friends.”

Medical marijuana is legal in 28 states and Washington, D.C., where it is also legal for recreational use. Voters in Maine, Nevada, California and Massachusetts all approved measures to legalize marijuana for recreational use on Election Day. Some activists are hopeful Trump will expand legalization, but Mr. Hog has his doubts.

“Is he really gonna make America great again?” Caleb told TheDCNF. “Its like what was so great about it before? I thought the greatness of it was just moving forward and that goes right to pot because this is a sign of us moving forward.”

Police watched over the protests but said they had no plans on making arrests during the rally, as clouds of smoke-filled the air.