Donald Trump signed his first executive orders as president Monday morning, and for some reason, the cameraman the White House press pool assigned to cover the event appeared to have never operated a camera before.

Or was the head of cinematography for that awful movie, “Cloverfield.”

Arguably the most important part of this footage was the 11-second shot the cameraman secured of the Oval Office ceiling. 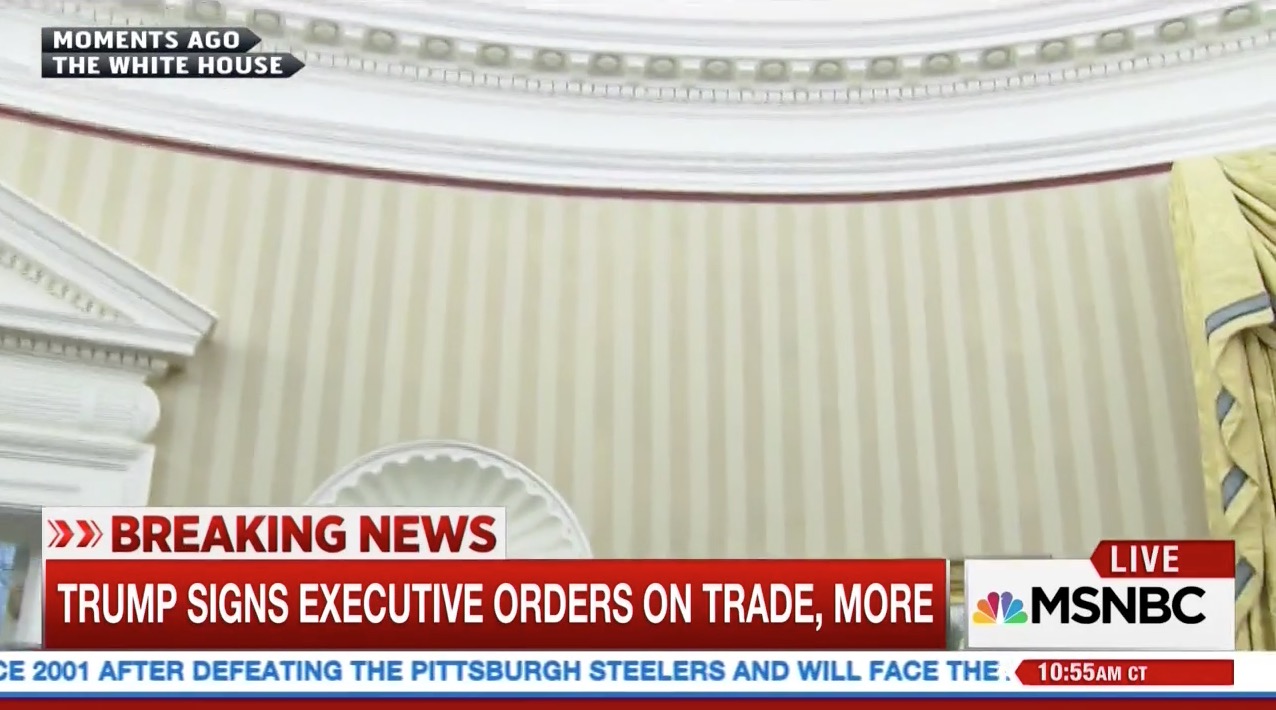