Sean Spicer said he believes that Democrats are trying to delay the confirmations of President Donald Trump’s Cabinet nominees. 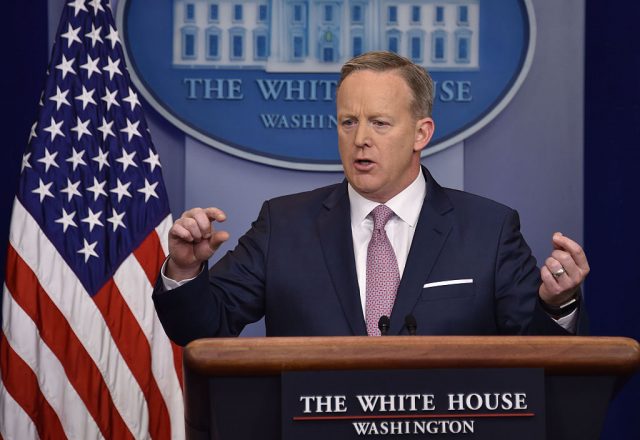 “It’s time for Senate Democrats to stop playing political games with the core functions of government, and to allow President Trump’s unquestionably qualified and talented group of Cabinet nominees to get to work on behalf of the American people,” Spicer said.

He pointed out that when Barack Obama was inaugurated in 2009, seven of his picks were confirmed while Trump has two confirmed.

1
Trump, White Supremacists And Russia: Here's Who Democrats Have Blamed For Riots So Far
Politics
2
Susan Rice Claims Without Evidence That Russia Could Be Funding Riots
Politics
3
Black Firefighter Spent His Life Savings To Open A Bar. Then Minneapolis Looters Burned It Down
US
4
'I Want To Make This A Parade': White Michigan Sheriff — And His Cops — Ditch Riot Gear To March With Black Protesters
US
5
Greg Abbott Declares State Of Disaster, Gives Green Light To Federal Assistance
US