A Belarusian businessman who runs a small Russian-American trade organization in New York has been identified as the source of the most salacious claims in an unverified dossier about Donald Trump.

But that businessman, 38-year-old Sergei Millian, is “a phony,” according to Michael Cohen, Trump’s personal attorney and a central figure in the uncorroborated memos.

“This guy is out of his mind,” Cohen told The Daily Caller Tuesday evening of Millian after The Wall Street Journal and ABC News named the 38-year-old naturalized U.S. citizen as the source behind much of the 35-page document.

Millian, whose real name is Siarhei Kukuts, is the head of the Russian-American Chamber of Commerce, a New York-based trade group that is much smaller than its name implies. Millian came to the U.S. 15 years ago, settling first in Atlanta. He has operated several translation services companies.

The Trump document was compiled by Christopher Steele, a former MI6 spy who was working for an American opposition research firm called Fusion GPS to gather dirt on Trump during the presidential campaign. Fusion GPS, which is headed by former Wall Street Journal reporter Glenn Simpson, was working on behalf of anti-Trump political operatives.

Steele provided the memo to the FBI and British intelligence services during the campaign. He told Mother Jones magazine that he believed the information he uncovered during his investigation was explosive and that he was worried American investigators would ignore it.

The document was leaked to several news outlets before and after the election, but none published it (because they could not verify its assertions) until BuzzFeed did so earlier this month.

James Clapper, the director of the office of national intelligence under President Obama, said just before leaving office that the U.S. intelligence community has “not made any judgement” about whether the document was reliable.

But Millian’s involvement suggests that it is not.

The Journal’s unnamed source told the newspaper that Millian’s statements about Trump’s activities in Russia were provided to Steele through a third-party.

That intermediary provided Steele with perhaps the most salacious claim laid out in the dossier: that Russian spies possessed a video showing Trump in a Moscow hotel room engaging in sexually explicit activities with multiple prostitutes. According to Steele’s memos, the Russian government was dangling the blackmail material over Trump’s head in order to force him to toe the Kremlin line.

ABC News added a few other details. It reported that Millian “may have unwittingly” described Trump’s alleged sexual romps in a conversation with a person who was reporting to Steele. Millian’s name was also listed as a source in a copy of the dossier that was provided to the FBI.

Millian told The Journal in an email that the information in the dossier was “fake news (created by sick minds)” as well as “an attempt to distract the future president from real work.”

Another claim laid out in the dossier involves Cohen, Trump’s personal attorney. 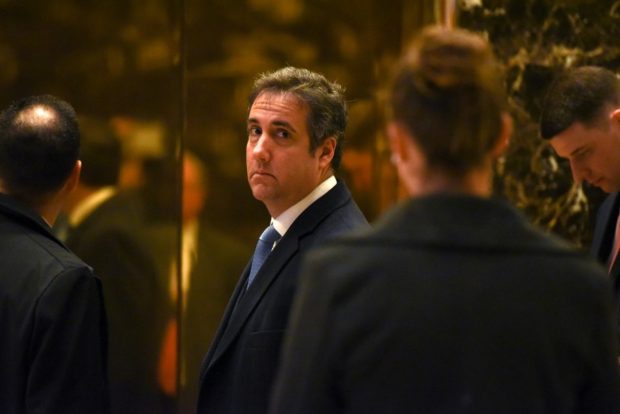 The memos assert that Cohen met with a member of the Russian government in Prague in August to discuss sharing information that would help Trump during the campaign. Cohen has strongly denied that allegation, saying that he was in southern California at the time he was supposed to have been in Prague.

Cohen told TheDC that does not know how Millian became involved in the dossier but that he believes he is “trying to inject himself” into the story “for publicity purposes.”

The lawyer said that he exchanged three emails with Millian on Nov. 2 after he submitted a request to have Trump speak at a business event in either New York or Switzerland.

“You’re clearly seeking attention, something that I have no interest in giving you,” Cohen told TheDC, paraphrasing his email exchange with Millian. When TheDC spoke to Cohen late Tuesday, he said he did not have immediate access to his email account and would not share his emails with Millian because they were privileged information.

Cohen said that he ended up telling Millian to “cease contacting me.” He called Millian “a guy who has nothing to do with anything.”

Cohen said he spoke by phone with Millian two or three weeks prior to the email exchange. He also said he has never met Millian.

Millian has touted his business relationship with Trump. He told ABC News in an interview over the summer that he helped broker a real estate deal involving Trump and Jorge Perez, the billionaire CEO of The Related Companies.

But Related Companies told ABC that it has no record of paying Millian for brokerage services.

And Cohen says: “I know for a fact that he has nothing to do with the Trump Organization or Mr. Trump.”

Millian responded to an email seeking comment on Tuesday, saying that he would reply soon. He had not responded as of Wednesday morning. This piece will be updated if he does.

It is not known whether Millian is affiliated with the Russian government. He has denied in interviews that he is.

But the Financial Times reported in November that Millian was investigated by the FBI in 2011 after he organized a junket to Moscow for 50 American entrepreneurs. FBI agents questioned some of the participants over whether they were recruited by Russian intelligence. One entrepreneur told the Financial Times that an FBI agent said the bureau suspected that the trip organizers were Russian spies.