On Thursday, the magazine shared the cover of the issue on Twitter featuring the first lady in a white sleeveless dress. In the shot, Trump was posed while using a fork over a bowl filled with jewelry. (RELATED: Photo Of Melania Frowning At The Inauguration Goes Viral — But Not For The Reason Most People Think) 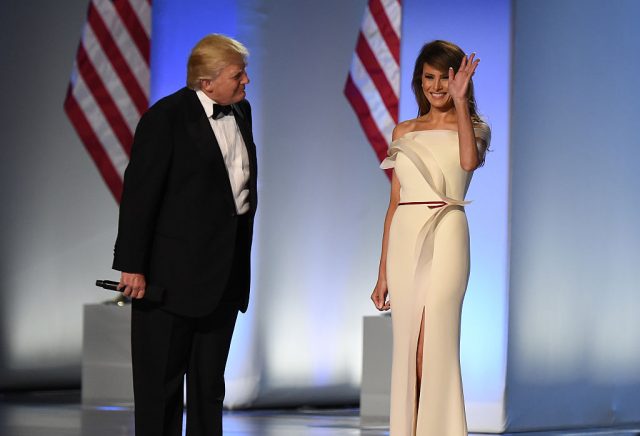 Trump’s cover shot was also posted on the magazine’s Instagram account for their nearly 90,000 followers to see. The caption next to the photo says the interview focuses on her life story, how she and Trump met and how she came to be the first lady of the United States.

The photo is creating a stir for two reason. The first being that it was reportedly already used on the cover of GQ last spring along with an interview from the same issue, according to the Hollywood Reporter.

And second, because the Mexican publication revealed the cover on the same day the Mexican president canceled his meeting  with Trump over his plans to build a wall along the southern border.