UPDATE: Now that the Gorsuch hearings have officially begun, we are re-posting this information on the SCOTUS nominee’s views on euthanasia.

On Tuesday, President Trump announced the nomination of Neil Gorsuch to the Supreme Court. In the coming months, much will be made of Gorsuch’s judicial philosophy, which by all accounts is in the same vein as that of deceased Justice Antonin Scalia. Media and staffers alike will pore over the judge’s opinions in an attempt to divine what he thinks about each and every issue.

On one issue, however, his views are no secret. In 2006, Gorsuch wrote a book outlining the legal problems with euthanasia, a topic that has become even more relevant in the past decade. Any person interested in reading how our next Supreme Court Justice thinks would do well to give this book a look. 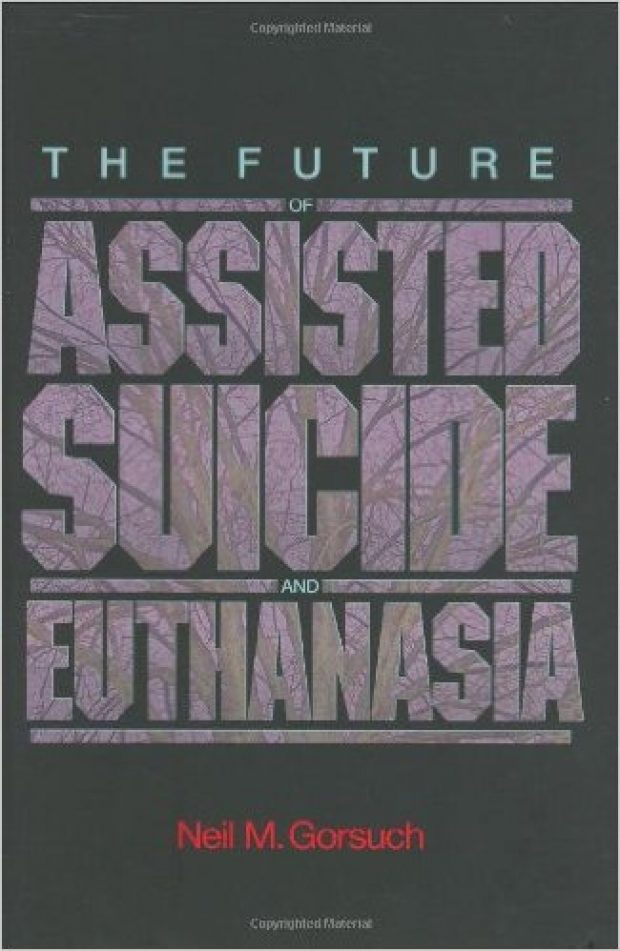 According to the description, Gorsuch’s work “provides the most thorough overview of the ethical and legal issues raised by assisted suicide and euthanasia–as well as the most comprehensive argument against their legalization–ever published.” Furthermore:

In clear terms accessible to the general reader, Neil Gorsuch thoroughly assesses the strengths and weaknesses of leading contemporary ethical arguments for assisted suicide and euthanasia. He explores evidence and case histories from the Netherlands and Oregon, where the practices have been legalized. He analyzes libertarian and autonomy-based arguments for legalization as well as the impact of key U.S. Supreme Court decisions on the debate. And he examines the history and evolution of laws and attitudes regarding assisted suicide and euthanasia in American society.

After assessing the strengths and weaknesses of arguments for assisted suicide and euthanasia, Gorsuch builds a nuanced, novel, and powerful moral and legal argument against legalization, one based on a principle that, surprisingly, has largely been overlooked in the debate–the idea that human life is intrinsically valuable and that intentional killing is always wrong. At the same time, the argument Gorsuch develops leaves wide latitude for individual patient autonomy and the refusal of unwanted medical treatment and life-sustaining care, permitting intervention only in cases where an intention to kill is present.

Those on both sides of the assisted suicide question will find Gorsuch’s analysis to be a thoughtful and stimulating contribution to the debate about one of the most controversial public policy issues of our day.

This book is required reading for anyone searching for insight into the mind of Scalia’s replacement on the bench.