Prominent liberal scholar and member of the 2016 DNC platform committee Cornel West is listed as one of the “initiators” for far-left activist group Refuse Fascism that set fires at UC Berkeley and attacked peaceful Trump supporters in order to prevent gay conservative Milo Yiannopoulos from speaking on campus. 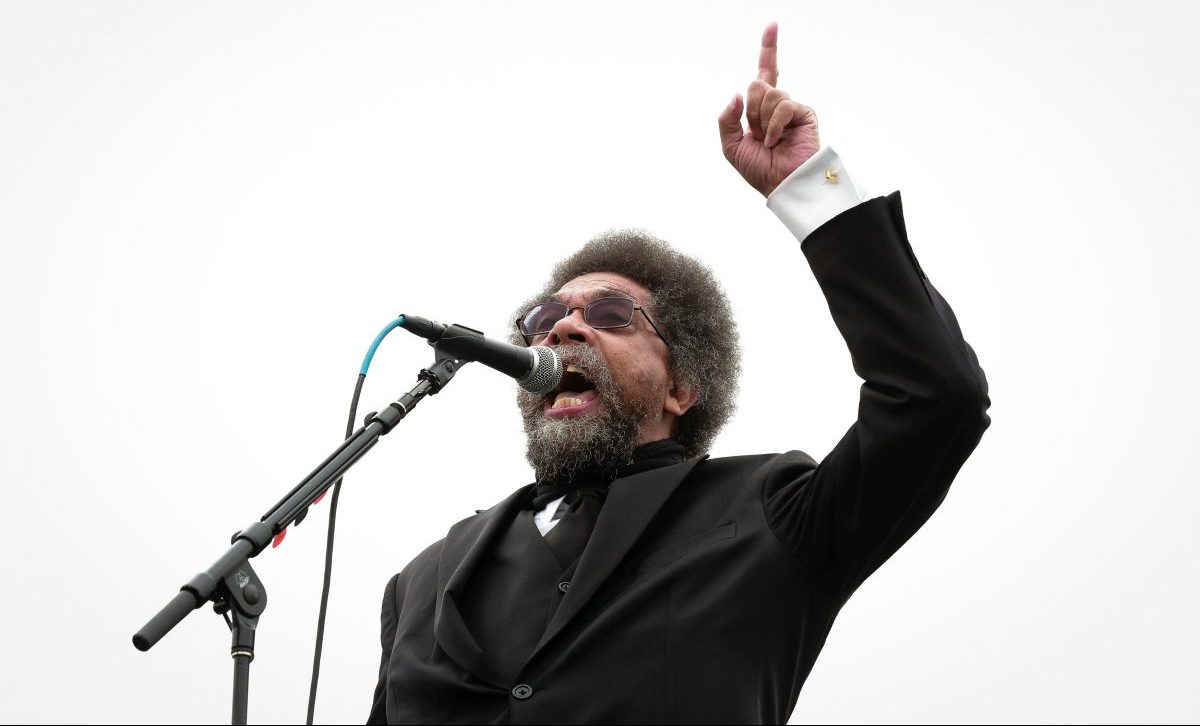 A professor at Princeton University who has previously taught at Harvard and Yale, West campaigned on behalf of Vermont Sen. Bernie Sanders for president and was a member of DNC platform committee after Sanders tapped him for the position.

West is one of 22 “initiators” listed on the Refuse Fascism website. Other “initiators” include UCLA professor Robin Kelley, University of California San Diego professor Milton Saier and Carl Dix, a founding member of the Revolutionary Communist Party USA. Dix and West co-founded the Stop Mass Incarceration Network, which “exists to stop the slow genocide of mass incarceration and all its consequences.”

Refuse Fascism refuses to accept Trump’s electoral victory and has staged a series of protests around the country, the most recent of which took place Wednesday night at Berkeley and quickly turned into a riot.

One college-aged woman was attacked with pepper spray on camera while giving an interview.

My friend was giving an interview when some coward peppersprayed her #Berkeley pic.twitter.com/CDpEqDsw2A

The Daily Caller reached out to West seeking comment on his affiliation with Refuse Fascism and whether or not he will condemn the violence carried out by the organization. He has not yet replied.